Associate Professor Irina Arzhantseva and Professor Heinrich Haerke from the HSE Centre of Classical and Oriental Archaeology (Faculty of Humanities) have been involved in the discovery of the earliest domestic cat yet found in northern Eurasia. The study has been published in Scientific Reports journal.

Since 2011, the abandoned town of Dzhankent, located near Kazalinsk and Baikonur (Kazakhstan), has been the object of international research and expeditions led by the two HSE archaeologists, together with Kazakh colleagues from Korkyt-Ata State University of Kyzylorda. Last year, the sharp-eyed archaeozoologist on the team, Dr. Ashleigh Haruda from Martin Luther University Halle-Wittenberg (Germany), while looking through the masses of animal bones from the excavation, spotted the bones of a feline and immediately realized the significance of the find. She assembled an international and interdisciplinary team to study all aspects of this cat, and obtain all possible information from the largely complete skeleton.

As a result, we now have an astonishingly detailed picture of a tomcat that lived and died in the late 8th century AD in a large village on the Syr-Darya river, not far from the Aral Sea (as it was then).

X-rays, 3D imaging and close inspection of the bones revealed a number of serious fractures that had healed, meaning that humans must have looked after the animal while he was unable to hunt. In fact, he was looked after quite well: in spite of his disabilities, he reached an age well over one year, probably several years. Also, stable isotope analysis showed that this tomcat most likely fed on fish, an observation which would also fit the local environment.

But even more intriguing is what this high-calibre scientific study says about the relationship between humans and pets at the time.

We know from 10th century Arab geographers that Yengi-kent (as Dzhankent was called then) was a town where the ruler of the Turkic Oguz nomads had his winter quarters. But not only is this two centuries after the time when the tomcat lived here: we also know from ethnographic studies that nomads do not keep cats—or rather, cats may temporarily live in nomad camps, but they do not follow the movements of the nomads with their herds. Cats thrive on small rodents which are attracted by human food stores, mostly grain, and nomads do not have large grain stores; such stores are typical of villages and towns, and that is where the history of cats and cat-keeping started.

So the presence of Dzhanik (as the archaeologists have begun to call him) at this place implies that this was a reasonably large settlement with a sedentary population even 200 years before it was surrounded by big walls and was called a town.

This fits the provisional ideas of the archaeologists about the origins of Dzhankent: the later town of the 10th century grew out of a large fishing village which, as early as the 7th/8th centuries, had trading links to the south, to the Iranian civilization of Khorezm on the Amu-Darya river.

Khorezmian traders should have been interested in the location of Dzhankent on the Syr-Darya, the river which around that time became the route of the Northern Silk Road, connecting Central Asia (and ultimately, China) to the Volga, the Caspian and Black Seas and the Mediterranean. And it is along one of these trade routes that domestic cats must have reached Dzhankent, perhaps with a caravan or more likely on a river boat or sailing ship.

Dzhanik was not a captured, tame wildcat which had lived in the Aral Sea region. Ancient DNA has proven that he was most likely a true representative of the Felis catus L. species, the kind of modern domestic cat, which makes him the earliest domestic mouser in Eurasia north of Central Asia and east of China, about 1200 years ago.

The Dzhankent project has been funded by the Wenner-Gren Foundation and the Deutsche Forschungs-Gemeinschaft (DFG), the analysis of the cat remains by the University of Leicester and the Max Planck Gesellschaft. 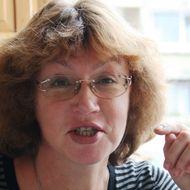 Associate Professor at the Centre of Classical and Oriental Archaeology 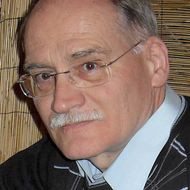 Professor at the Centre of Classical and Oriental Archaeology