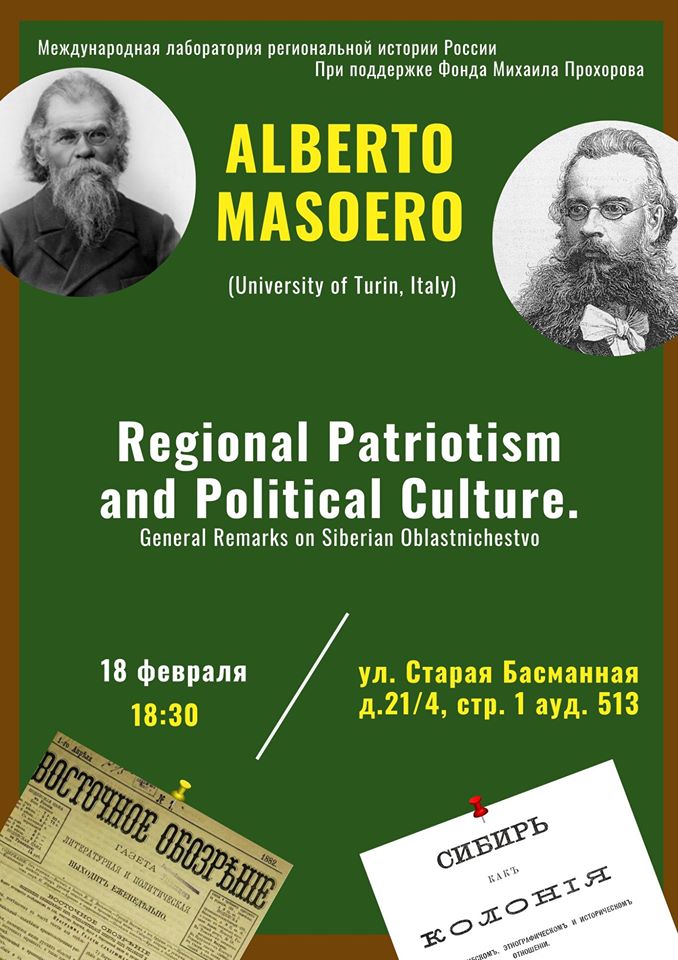 
What is a region and how is this concept related to various forms of regional patriotism in the pre–revolutionary period? Regionalism was a political–intellectual process of learning and self–discovery, not the unveiling of a geographical essence. Siberian patriotism should be regarded as the ideology of the provincial intelligentsia in the new scenario inaugurated by the Great Reforms. The very notion of “region” became a tool for articulating and legitimizing political agency and public participation within a reforming empire. Conflicts between the Imperial government and regionalist movements were not predetermined and should be explained historically. The story of Siberian oblastniki becomes more legible if considered in their dual relationship with the central government and Russian opposition movements.

I will examine similarities and differences between Siberian regionalism (oblastnichestvo) and contemporary Russian socialism (serving the narod vs. serving the krai), as well as the difference between national/ethnographic and spatial arguments for articulating a regional collective identity. I will also explain why the notion of “colony” became an important definition for Siberian patriotism, where this definition came from, and why it was a very ambiguous concept, arguing that oblastnichestvo cannot be considered an anti–colonial movement.

The political trajectory from the 1870s until 1905 is best understood as a sequence of repression and attempts at cooptation, conflict and attempts of cooperation. The center–region dialectic was essentially a subtle but deep–rooted competition for leading the (future, imagined or expected) development of Siberia. Since the 1890s policies of accelerated imperial assimilation (railroad construction, mass resettlement) led to the marginalization of the local intelligentsia and to its subsequent radicalization. Projects for an elected Oblastnaia Duma (1905) and the government’s refusal to grant zemstvo self–government to these very dynamic provinces represented two sides of the same coin: a failure by the Imperial government to coopt the political participation of the provincial intelligentsia in building a multi–regional state. 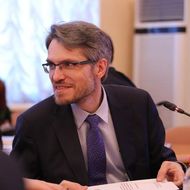