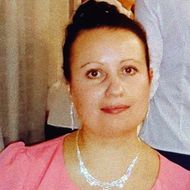 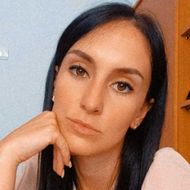 A three-minute walk from metro stop 'Shosse Entuziastov'. When exiting the metro, turn right towards Vladimirsky Pond. The dormitory is located next to the pond.

It is a three-storey building built in 1949.

The living spaces include beds, bedside tables, chairs (depending on the number of students in the room), a wardrobe, a table, a desk, a bookshelf, an ordinary shelf and a refrigerator.

Students are responsible for cleaning their rooms themselves.

Each floor has three WCs (with three sinks each) and two shower rooms.

The toilets, showers and corridors are cleaned daily.

There is one kitchen per floor, each with two electric stoves, two tables for cooking, two sinks, a microwave oven and a cooler with hot and cold water.

In the part of the building with blocks, there is just one kitchen, which is located on the second floor. This kitchen has two electric stoves, two tables for food-preparation, two sinks, a microwave oven and a cooler with hot and cold water.

Students are in charge of cleaning these kitchens and follow a rota.

There are two laundry rooms on the second and third floors, each with three washing machines.

Dormitory’s on-duty attendant provides students with an iron and ironing board.

Each student is given a set of bedclothes, including sheets, a blanket cover, pillowcase, towel, wool blanket, pillow and mattress.

Bedding is changed every seven days.

There are rooms for individual study on the second and third floors.

These rooms are equipped with tables, chairs, electricity outlets, and internet outlets.

Free WiFi (SSID 'HSE') is available for the Internet access and HSE information resources.There are internet outlets in the rooms for individual study on the second and third floors.

There are landline phones located in the first-floor hall, on the third floor and in the suites on the first floor. They are for calls within Moscow only (free when calling landline numbers).

There are two rest rooms on the first floor with a gym in one room and piano, table tennis and lounge zone in another.

The guard monitors what happens inside the facilities, and video cameras have been installed near the dormitory’s entrance and along its perimeters.

The dormitory is open 24/7 for HSE students.