Settling into the Russian Way of Life

As part of the orientation events for international faculty members, the Office of Internationalization held an interactive workshop on Living and Working in Moscow led by Mira Bergelson, Professor in the Faculty of Humanities.

The purpose of the workshop was to introduce international colleagues to distinctive aspects of Russian culture, acquaint them with certain peculiarities of life in Moscow and accelerate their effectiveness in teaching and research in a new cultural environment. This interactive session incorporated group discussions of topical issues that built on the participants’ previous cross-cultural experiences.

The workshop kicked off with questions from the audience, followed by group work. Professor Bergelson told the participants about the main milestones in Russian history, paying particular attention to Russian mentality and the national character, which in many ways have helped shape Russian history. She also focused on some of the basic values intrinsic to Russian culture – a unique blend of rationality and irrationality and a propensity to pass moral judgement.

Professor Bergelson emphasized that the best way to get know the Russian character and Russian culture is by socializing with Russian colleagues and locals. She added that even a rudimentary knowledge of Russian would go a long way towards enhancing their understanding of life in Moscow and in Russia generally.

Some of the questions raised by participants during the workshop included the difficulties involved in renting a flat in Moscow for those who do not speak Russian or do not have Russian-speaking friends, perception of time and the notion of punctuality in Russian culture, accepted forms of address in professional settings, rules of politeness, and many others. 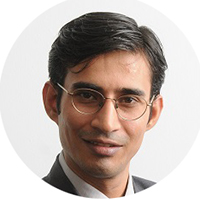 The workshop was really good, and I learned a thing or two. Before coming to Moscow, I expected the language to be the biggest challenge, which it continues to be. I did not feel any cultural shock so to speak, although there are a lot of differences between the Russian culture and the many cultures I belong to. Moscow has surprised me in a good way - it has lot of soul, history, and culture, which we generally lack in cosmopolitan Singapore.

The second biggest challenge I knew would be to deal with the highly bureaucratic ways of doing things; that continues to be the case, even at HSE. I think it would be a good idea to invite HSE administrative staff to such a seminar so that they are also exposed to other cultures and get cross-cultural training. Future workshops could be a little more ‘problem-solving’ oriented – that would be a nice addition to understanding cultural differences. 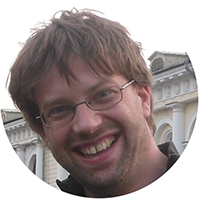 We learned a lot of things during this session.  I came with an open mind and I expected that I would learn about values, social rules, about what is polite and what is not – and this is what we discussed today. I’ve only been in Russia for three weeks and this is the longest I’ve stayed here; previously I only came on short visits for a week or a few days. Before coming to work at HSE I met a lot of Russian mathematicians, I noticed that they were very direct, which I liked. My expectations were that everybody in Russia would be like this, but it happens to be more complicated. It was explained during the workshop that directness is not always considered polite.

In the beginning I felt a bit lonely in Moscow. I didn’t expect this, but then I started doing many social activities and things have since improved. I have done post-docs in other countries – Portugal and France – so for me it’s not that difficult to move from country to country as I’ve lived abroad before. But I’ve never lived in a very big city like Moscow. Here I look out of the window and buildings keep coming and there is a massive amount of people in the city.

The first time I came here the alphabet was a bit of a problem – I can definitely recommend learning the alphabet before coming to Russia – it makes navigating the transport system much easier. I should say, though, that nowadays there are many maps in two languages.

As for differences with my culture – I come from Belgium – I can say that in terms of teaching the situation here is much better than in Belgium. There is much more interaction between teachers and students, which is very interesting. This requires a lot of flexibility from teachers. Teachers seem to know all their lessons very well – keeping them inside their heads – while in Belgium they consult their notes or presentations all the time. There is also a lot of group work here. I will start my teaching in November and although I am completely free in designing my course, I will try to follow this Russian tradition of having lots of discussions and group assignments, although it is not so easy for mathematics. 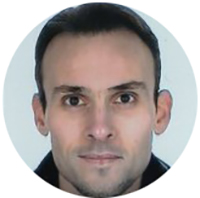 I expected to obtain some information about learning Russian more efficiently, as well as about career opportunities in Russia, at HSE.  The workshop was somewhat beneficial, although I expected to hear a presentation on a larger set of topics. The biggest challenge for me in Moscow so far has been communication with native speakers. Moscow hasn't surprised me so much insofar as I expected a lot of different things. Russians turned out to be ‘more standard’ than anticipated. However, I can say that there are more smiling faces in my country, as well as some differences in the administrative services.

For future workshops I would including more practical information about Russian life and HSE. More personally, I regret not having the opportunity to practice my favourite sport in Moscow, let alone to speak about related sports competitions. 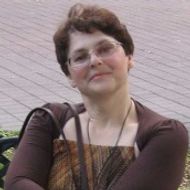