An  app developed by the Faculty of Computer Science student team has made it to the finals of the Imagine Cup 2017, an international student project technology competition. Together with the other two finalists from Russia, the HSE team will represent their country at the international finals in Seattle this summer, where they will compete for the $100,000 main prize.

At the competition, the students presented Boremeter, an app to monitor an audience’s involvement. It is based on neural networks and computer vision algorithms, and allows users to analyze interest from the audience at lectures, presentations, and master classes. In addition to audience interest analysis, Boremeter can also obtain the audience’s demographics from the video (such as age, gender etc). This feature can help predict the target audience for future events, without the need for surveys.

Boremeter can be used by event organizers to detect the most interested participants; a university lecturer would be able to find the most motivated students; and company representatives could find future clients for collaboration. In addition to that, Boremeter can help evaluate the speaker’s skills, as well as the most impressive parts of the presentation.

The HSE team consists of Daria Valter, Artem Shafarostov, and Ilya Soloviev, students of Applied Mathematics and Information Science at the Faculty of Computer Science. Petr Romov and Evgeny Sokolov, members of Yandex staff, supervised the project. The students carried out all the work independently, and met their supervisors at Yandex once a week, where they discussed the next steps in the work. Alexey Artemov, lecturer at the Faculty of Computer Science and computer vision expert at Yandex, advised the team.

‘This project is our term paper at the same time, and that’s why in addition to the three of us, it also involved Petr Romov, our mentor, who really helped us to organize’, said Artem Shafarostov, one of the team members, ‘When we started working on Boremeter, we didn’t have a lot of experience in computer vision technology, and to achieve the best results for our specific task, we had to experiment a lot. At first, it was difficult since our computer resources were limited, but Yandex was very helpful and provided us with clusters. On average, each member of the team spent about 20 hours a week on the project’.

‘The theme of deep learning is very popular today, and the students wanted to try this technology out’, said Petr Romov, ‘I, as a lecturer and event organizer, was very interested in looking at the audience and their reaction to the speaker’s certain actions and understanding how we can monitor the quality of the lecture in general. When you ask people whether they liked the presentation, their opinions may change, for example, depending on the status of the lecturer. What you can’t cheat on is mirroring and body language’.

Imagine Cup is the world’s biggest annual technology competition, which has been organized with the support of Microsoft since 2003. Students from various countries develop their projects based on an idea aimed at solving some pressing social or business problems by means of modern technology. As of today, Imagine Cup involves over 2 million students. Microsoft creates opportunities for young people’s self-realization and contributes to the development of entrepreneurial skills, education, improving the availability of digital technology, freedom of creation, and innovation development.
Date
24 April  2017
Topics
Education
Keywords
studentsachievements
About
Faculty of Computer Science
About persons 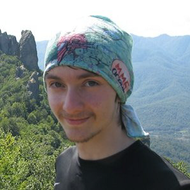 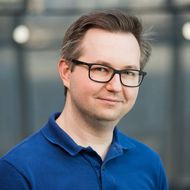