Another Cafeteria Opens at HSE Building on Shabolovka

This is the fourth food point in the building – there are already two cafeterias and a cafe . In addition to traditional food-serving counters, the new cafeteria will feature a salad bar and an open kitchen, where Italian pizza will be cooked.

The cafeteria is designed to seat 78 people, and should help to reduce the number and length of queues during meal breaks. In addition to a traditional menu, the cafeteria also features the Vietnamese soup pho-bo, pizza cooked in an open kitchen, and a variety of sandwiches and rolls to take away. Special events including days of world cuisine, when the menu will include a variety of national dishes, will also be organised in the cafeteria.

‘We wanted to attract students and staff members with a new food format, so that they had a choice between traditional cuisine and something like pho-bo soup,’ says Elena Kakabadze, head of the HSE Office of Staff and Student Benefits. ‘The food supply company have turned the new cafeteria into a place with the friendly informal atmosphere of a student co-working space with bookcrossing and "pending coffee", which, by the way, is also popular in the cafeteria on Staraya Basmannaya.’

In the near future, all visitors will be able to pay not only with cash, but also with cards.

The cafeteria is located in the basement of building 2 (opposite to the library entrance) on 28/11 Shabolovka Ulitsa. Working time: Monday-Saturday: 11.00-20.00 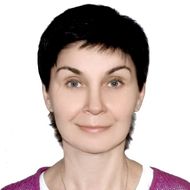 Head of the Office of Staff and Student Benefits