'Every Researcher Needs a Department That Keeps Believing in Them' 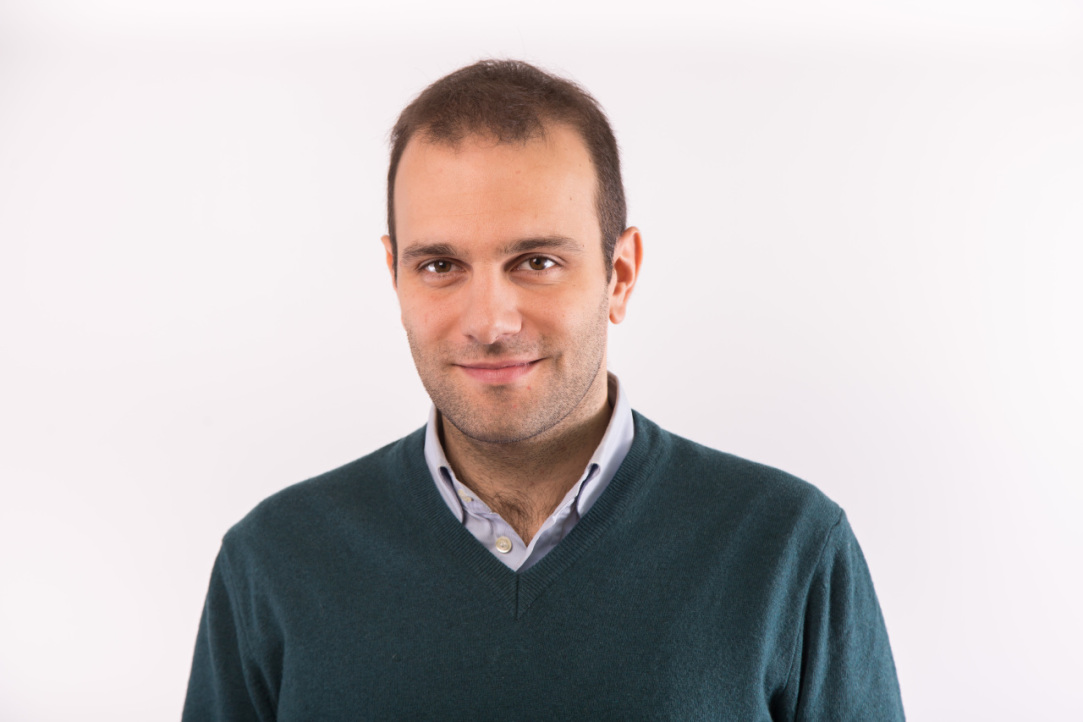 Hundreds of scholars from all over the world teach and conduct research at HSE University. At the International College of Economics and Finance (ICEF) alone there are more than 30 researchers who hold PhDs from universities outside Russia. One of them is Emiliano Catonini, who completed his second research project this year and is now preparing it for publication. He spoke with the HSE News Service about getting students to put their phones away during lecture, surviving academia, trading energy for economics, and falling in love with Moscow winters.

Is science mindset an innate feature?

I don’t think it is an innate feature. I think almost everybody can be a scientist. It’s a matter of growing up in the right environment and with the right incentives. It does require a lot of stubborness though, it takes long time to get results in science. Maybe that is the innate part.

What made you turn to economics after studying engineering in Politecnico di Milano? Did you experience any difficulties?

It was a gradual conversion. I started off with energy engineering, but I soon realized it wasn’t my cup of tea. I thought it would be more theoretical. My classmates could all reassemble a motorbike, while I haven’t even ridden a motorbike in my life. So I moved to industrial engineering and management. There I could choose some economics courses and I decided I wanted to switch to economics. 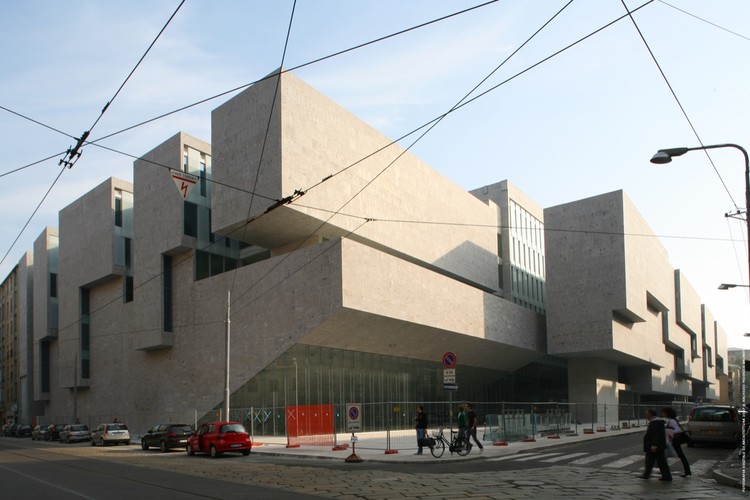 The difficulties in moving to a PhD in economics were created by some of my professors at engineering. My supervisor wanted me to do the PhD there, so he refused to write me a reference letter, and some of his colleagues followed him. This is typical of some traditional italian universities. Fortunately other professors were more farsighted, and I could get a couple of reference letters to apply to the PhD.

Did you have any experience working in the industry by that time?

Yes, I had a gap year between my MSc and the start of the PhD. I was also very much in doubt as to whether I would actually do the PhD. So I got a job at Vodafone telecommunication company in Milan.

It was a great experience. People were professional and at the same time very relaxed

I was involved in the biggest project of the company and I was soon offered a contract without termination date. However, I got admitted to PhD at Bocconi and I decided I wanted this new challenge. After all, I felt I could also go back if I wanted. But PhD at Bocconi was very good, so I got into academic research and I did not return to the industry.

Is there a point of no return for researcher when they become 'too academic' to work in business?

A researcher is never “too academic” for working in the business. To be an academic researcher, beside the analytical skills, you need creativity, entrepreneurship, and resilience. These are the main qualities that the business world needs. But of course a researcher must get adapted to do a very different job than in academia, even if it is a “research job”.

How important is it to have the right mentor in science?

You do not necessarily need a mentor, but it helps a lot. In my case, it definitely helped a lot. My interest in economics is broad, it would have been very hard to pick a field if I had not recognized in my supervisor-to-be Pierpaolo Battigalli and in his game theory course the attitude and the approach I thought could lead to great science. This contributed to my development as a researcher and largely determined the focus of my research papers.

What is special about your work with ICEF students?

When ICEF students are motivated and you teach them a subject they chose, not a subject they are obliged to take, they can give a lot of satisfaction. If I think back of my years as BSc students, I am surprised by the awareness and the maturity of our ICEF students. I am also gradually succeeding at convincing them not to check their mobile phones for one hour and a half during class. Most seem to agree now it is a win-win strategy. 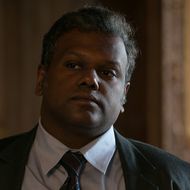 I was one of the first internationally recruited faculty members and I can say that it is very comfortable to do research at ICEF. I have participated in most of the annual interviews at the ASSA Meeting since I joined ICEF 8 years ago, though ICEF has been hiring internationally with the participation and advice of the London School of Economics since 2005 and was one of the first Russian departments to do so.

As academics, we are intellectually curious and want to have colleagues we can learn from. Given that a candidate is academically suitable, it is important to understand if they will be a good colleague for us. We decide on the suitability of a candidate by determining whether the candidate is working on important and interesting problems, whether they have the skills and training to be able to progress in making solutions, and whether their solutions will be valued by the profession (that is, whether it will be publishable in a major international journal).

What are your current research interests? What research paper do you consider the most important for you?

As I said, I am interested in all fields of economics, but then to work at the frontier of research you need to specialize. One thing I am happy about is that specializing in game theory allows you to keep quite a broad view over economics because it is applied in almost all fields. There are many papers that are very important for my understanding of game theory and for providing ground to my research, but if I have to pick one, I’ll go with 'Strong Belief and Forward Induction Reasoning' by Pierpaolo Battigalli and Marciano Siniscalchi. Without that paper, I would even lack the language to formulate in a rigorous way my research ideas.

How did you come to ICEF? What attracted you?

When I applied to ICEF, I knew nothing of ICEF. This may sound strange, but it isn’t, considering how the market for fresh PhD’s in economics works. It takes years to build your application package, and when it’s ready, you send it to all universities in the world where you could consider moving.

I was not even sure I would ever move to Russia, I could not even say spasibo or do svidanya. But then, ICEF offered me an interview at the yearly job market conference, and then they invited me for the campus visit where I would get to know the faculty and present my research.

It was February 2013, Moscow was covered in snow, and I really felt welcome in the department

ICEF had the standards of the best economics departments in the world and the positivity of a young and growing place. All of a sudden I got superexcited at the idea of moving to ICEF and Moscow.

We hear from other young researchers that it is extremely important for them to get into a good academic community. What did it mean for you to find yourself in the ICEF academic environment?

I got a lot of support from ICEF, both from the administration and from the colleagues, to start off with the right foot in my academic life. Yes, this is very important for a young researcher. When you start doing research, it can take a very long time before finding the right direction, you need a department that is patient and keeps believing in you despite of some initial difficulties.

In the ICEF Academia programme, ICEF students combine coursework with scholarly research as they participate in additional special programme courses and activities. The ICEF Academia teaching staff includes ICEF researchers who are actively engaged in conducting and publishing their research and participating in academic conferences. In the programme, students can also work on external projects of teachers who often work with partners in the industry.

The main goal of ICEF Academia is to build a community of talented students, foster teacher-student collaboration, and open additional opportunities of professional and personal development for students in the academic sphere. The programme offers not only additional courses, but special student events, workshops, and conferences. Alongside other ICEF teaching staff, Emiliano Catonini teaches courses in the ICEF Academia programme, shares his unique experience with students and, if they wish to pursue a career in academia, helps students widen their academic networks and prepare for further study at the doctoral level.

Talking about research, this year you've published your second paper 'Self-enforcing agreements and forward induction reasoning'. What is interesting about it?

In economics we are used to assume that agents behave in some sort of equilibrium fashion, where everybody knows exactly what the others are going to do and best replies accordingly. But this is far from true in reality, especially when the agents have never interacted before, and promises are the only mean of coordination they have.

So, I consider agents who reach only a partial agreement, or understanding, of how they will play, and then reason strategically about each other’s promises and unexpected moves. What does a deviation from the agreement suggest about the future intentions of my partner? Will re-coordination ensue, or we clearly have different expectations at this point? The idea that agents will always re-coordinate, which is a typical assumption in economics, clashes with strategic reasoning and the typical behavior of real players.

I obtained different predictions. For instance, in the famous Hotelling problem, traditional game theory predicts that the two competing sellers will position themselves at the center of the beach or at the extremes of the beach depending on the assumptions. I do not kill the uncertainty with “equilibrium at every cost” and I obtain that the sellers will pick intermediate positions: not too close and not too far from each other

What do you think about living in Moscow?

I like Moscow a lot. It is a unique place, it does not look like any other place in the world. It is beautiful both in winter and summer, in very different ways. From April to September of course it is much more enjoyable, and I go around mainly by bike. I communicate mainly with colleagues at HSE and NES, and with other people I met in town and I play indoor football with. When we had the campus in Shabolovka, I would even often work in Neskuchniy park, now I like to walk along the boulevards and stop at Tsentralniy Rynok for a bite. Food in Moscow is great. 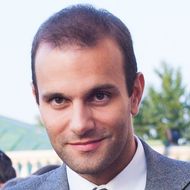 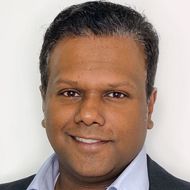