The video clip portrays the life of Russian writer Nikolay Gogol in Moscow—where he lived, who he associated with, what he did here, and why he decided to burn the drafts of the second volume of his novel Dead Souls. The clip, which presents a collage of different images, stickers and emojies, is the lyceum student’s own work through and through. Polina came up with the idea, wrote the text, and designed the video sequence all by herself. And in order to add audio to the video, she found a freelance audio specialist online who does audio work for popular science videos and paid him 500 rubles.

At the HSE Lyceum, every student must find a customer and complete a full-scale project or research study for that customer. Some search for customers with project requests within the Lyceum and do projects that involve animating some course material for an instructor, for example. Other students find project orders outside of the Lyceum that have to do with branding—they create logotypes or brand books. A lot of students undertake projects that involve video design or smartphone app design. Polina’s project ended up taking an unexpected turn: it gained notoriety and is even being exhibited at a public venue.

Initially Polina had chosen a different topic for her video, as well as a different client, who unexpectedly cancelled the project when she had already completed a large portion of it. However, the Lyceum sophomore didn’t think about giving up. Instead, she contacted various museums and media resources and offered to do an animation design project for them. 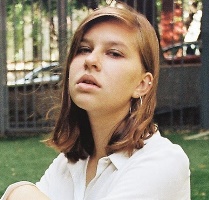 I received a response from the Museum of Moscow. They said they would commission a video clip about Gogol. The project was in fact very painstaking—anyone doing animation design and 3D graphics will tell you this. First you need to picture the project from start to finish in your head, then write a script, and then create a huge amount of material and put it all together. I didn’t sleep for about two weeks—though this is not an unusual thing at the Lyceum, of course. Nonetheless, I was very glad that I took on the project. It’s hard to describe the feeling of satisfaction you get when you finish rendering a video and then post it online. I really like making videos; I love coming up with an idea that seems impossible and then figuring out ways to turn it into a reality.

The Gogol in Moscow exhibit coincides with the writer’s 210th birthday. The exposition acquaints viewers with the significant events and figures of Gogol’s life in Moscow not only with the aid of various artifacts and documents from private and museum collections, but with works by contemporary artists who were inspired by the mysterious writer as well. ‘Gogol is unique in how he has been interpreted differently by different time periods. Today, due in large part to the film about him, he is a pop culture figure. The writer himself is like a protagonist of a horror film; he is popular almost in the same way Batman is. For us Gogol is interesting as a genius who, among other things, rendered timeless Russian character types and created the very contemporary language that we use to communicate today,’ says Alina Saprykina, exhibit curator director of the Museum of Moscow. 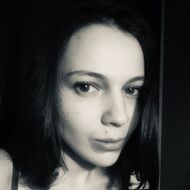