On Sunday, October 16, 2016, the Moscow Subregional Contest of the ACM International Collegiate Programming Contest (ACM ICPC) will take place at HSE. The Faculty of Computer Science will serve as a contest hosts for the second year in a row. To take part in the quarter finals, a team of three students must be formed and registered before October 9 (23:59:59).

At ACM ICPC, students are given 10 to 12 algorithmic problems on C++ or Java to solve with the use of one computer within 5 hours. Those who want to try the problems from last year’s subregional contest can find them at Codeforces.

‘The Moscow Subregional Contest is the most thrilling and “heartwarming” programming contest I’ve ever taken part in. Its tasks include both school logical problems for those who participate for the first time, and complicated algorithmic problems for gold winners of the contest finals’, said Gleb Evstropov, Senior Lecturer at the Faculty of Computer Science and two-time world vice champion of ACM ICPC. ‘This contest is a great opportunity to try your skills in solving algorithmic and mathematical tasks of various levels. These skills are highly valued by most employers in the industry.

‘I think I’m a little envious of all the participants, since I would be happy to participate in the subregional contest once again myself’, he said. ‘In addition to the one-of-a-kind process of a team discussing and solving problems, you’ll be able to meet and talk to a lot of like-minded people and learn something new during the discussion. Someone will even be able to win and go to St. Petersburg for the contest’s semi-finals’.

Undergraduate and Master’s students who meet at least one of the criteria below can participate in the Moscow Subregional Contest of ACM ICPC:

Those wishing to apply should form a team of three people and register it using this form before October 9 (23:59:59). Teams can comprise students from any faculties, courses and programmes at one university.

The teams that achieve the best results will advance to the semi-finals, which will take place on December 3-4, 2016, in St. Petersburg. While the rules state that each university can send no more than two teams to the semi-finals, additional places can be allocated to universities that send more than 30 teams or that participate in organizing the contest. The world finals this time will take place in Rapid City, South Dakota, USA, from May 20-25, 2017.

ACM ICPC, the world’s largest student team programming event, evolved in the 1970s as a competition between U.S. universities. In 2016, 13,422 teams from 2,736 universities in 102 countries participated in the selection stages of the contest. Teams from Russia have been taking first place in the contests for six years. In 2014, Master’s students from HSE took bronze at the world contest, and in 2015, a team of first-year students of Applied Mathematics and Information Science made it to the finals and became the only Russian team fully consisting of first-year undergraduate students.

In 2014, the Centre of Student Competitions was founded at HSE. It prepares students for team and personal programming competitions, including ACP ICPC, Yandex.Algorithm, Google Code Jam, Russian Code Cup, and others.

Margarita Vlasenko, Manager of the Faculty of Computer Science 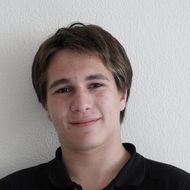