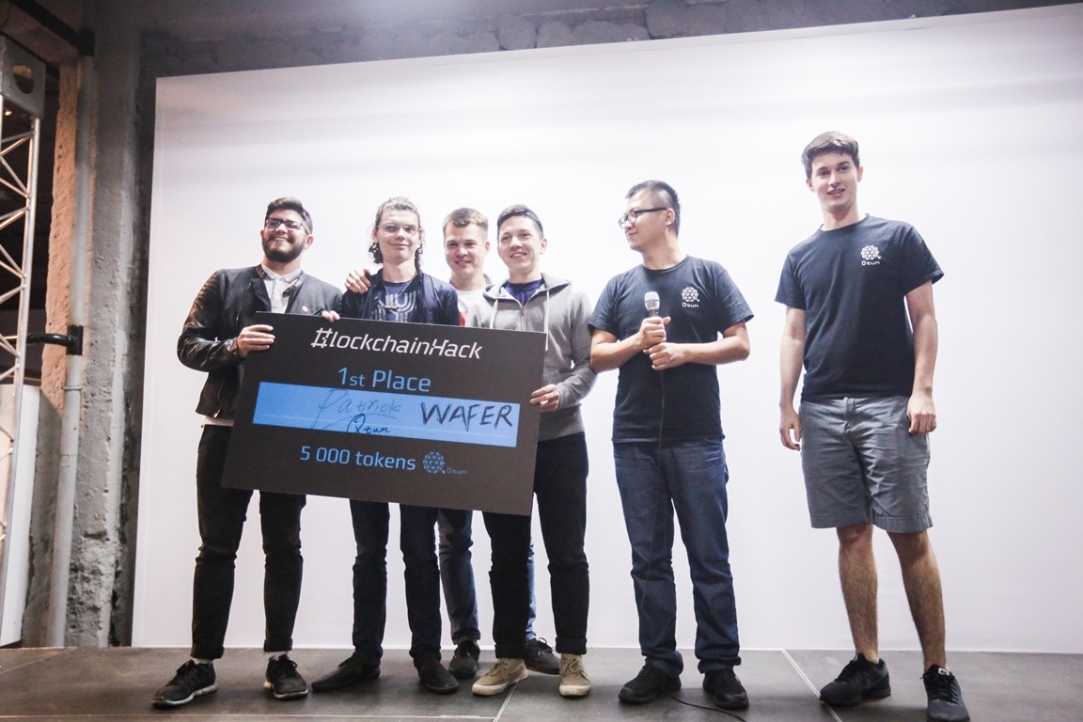 BlockchainHack, Russia's largest hackathon focusing on the development of block chain projects, took place in Moscow on the 1st and 2nd of July. Seniors from the HSE Faculty of Computer Science took home the grand prize of $50,000.

Twenty-six teams of programmers from cities all around Russia took part in the competition. Over the weekend, participants had to create a working prototype of a block chain project and present it to a jury.

The top prize, which was presented by the Singapore-based block chain platform Qtum, went to the Wafer project developed by fourth-year students in the HSE Faculty of Computer Science Anton Lebedev, Daniil Vankov, and Pavel Voropayev, as well as by Bauman Moscow State Technical University graduate Dmitry Levin. Over the course of the two days, the team used smart contracts to create a protocol that sold traffic to routers without linking it to specific software on the devices. The project also protects against users refusing to pay for the traffic they receive, as well as against routers that do not provide internet access following payment.

According to Zerion representative Alexey Bashlykov, who was also one of the competition’s organizers and a member of the jury, the team thought up a unique idea that allowed for internet traffic to be safely distributed between routers and users.

‘Their execution of the project is based on smart contracts in the Ethereum network. These contracts guarantee that terms and conditions are met with users,’ Mr Bashlykov notes. ‘For example, anyone with mobile internet access can start distributing internet in a public location by setting up a smart contract and establishing the price at which he or she is ready to provide the traffic. At the same time, any user who has become familiarized with the terms can make a deposit on the smart contract and begin using the internet. It’s also important to note that the team not only thought up an interesting model, but they also wrote smart contracts that allowed for their ideas to be brought to life. Lastly, they set up a complex server to demonstrate the working capacity of their solution.’

BlockchainHack took place in Moscow on July 1st and 2nd thanks to the support of the Qtum project, the Waves block chain platform, and the companies The Token Fund, Zerion, and BTC Media. The next block chain hackathon is set to take place in September of 2017.