From March 24-28, 2015, Toronto (Canada) hosted the TESOL 2015 International Convention and English Language Expo. It drew more than 5,600 professionals from 91 countries who planned to cross borders and build bridges. There were more than 1,000 academic sessions offered in Toronto. Aida Rodomanchenko, Head of learning and teaching office at the School of Foreign Languages at HSE was the only speaker from Russia. Her talk was entitled 'Roundtable Discussion as an Alternative to a Traditional Oral Examination'.

The aim of the talk was to provide an example of the use of a roundtable discussion (RTD) as a final assessment tool both in tertiary and secondary education. According to the speaker, roundtable discussions might be used as an alternative to traditional oral examinations with question cards as they help both to assess subject knowledge and to test EFL proficiency level. The presentation was attended by professionals from different institutions: International School of Advanced Learning in Boston, National University of Mexico, Missouri Western State University, International University of Alabama. A head of one of the Language Schools in Toronto said that they’d definitely try using roundtable discussions in line with traditional language tests. Tom Glass, assistant editor for the English Teaching Forum recommended making an article for the journal.

TESOL Convention gave me an invaluable chance to meet professionals from different countries and invite them to collaborate with the HSE’s Academic Department of Foreign Languages in the academic year 2015/2016.

The annual TESOL convention offers English-language teaching (ELT) professionals and scholars from around the globe the premier opportunity for professional development. ELT educators and scholars from 100 countries exchange ideas and practices, enhance their knowledge of a vast range of ELT content areas, keep up with current trends, expand their professional networks, engage in mentoring on research and other projects, review the latest professional publications and resources, and learn about advocacy efforts in their community and around the world.

Being the largest organization focused exclusively on English language teaching for speakers of other languages, TESOL annually hosts more than 6,500 people from across the United States and around the world at the international convention. Educators at all levels attend to find a productive exchange of ideas and information and to feel the embrace of a dynamic professional community. 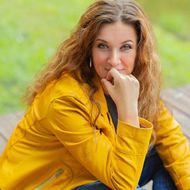