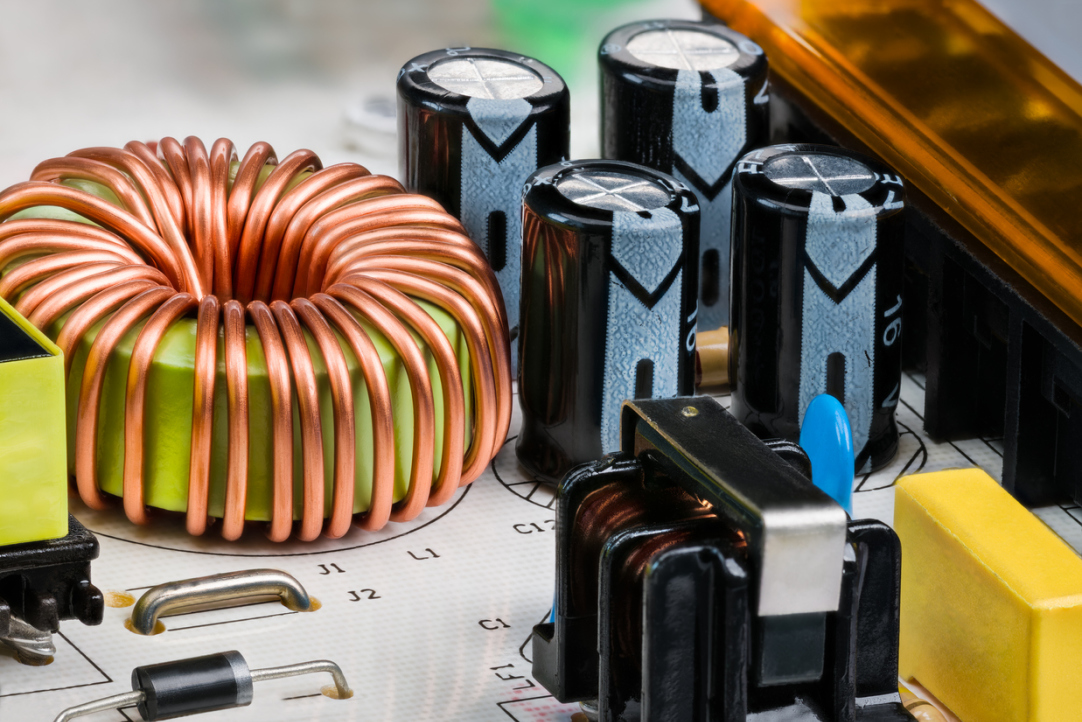 Researchers from HSE MIEM and the Institute of Non-Classical Chemistry in Leipzig have proposed a new theoretical model of supercapacitors that takes into account the properties of a cation, which considerably impacts the electric differential capacitance of supercapacitors. This is the first publication of its kind in electrochemistry. The authors believe that the model will allow engineers to create more powerful energy sources in the future. The results of the study were published in The Journal of Physical Chemistry C. The study was completed with support from a grant by RSF.

Supercapacitors are devices that store energy in an electric double layer on the surface of an electrode (for example, electrodes of platinum, gold and carbon work like this). A supercapacitor, or ionistor, is a hybrid of a capacitor and an accumulator, and has several advantages in comparison. First, it features a high speed of electric power accumulation, and second, bigger capacitance. By the value of capacitance per unit mass, supercapacitors exceed ordinary capacitators considerably, while electric voltages are much lower.

Capacitance is the main characteristic, which demonstrates how much electric power the electric double layer can accumulate.

The effective distance between the “plates” of a supercapacitor, which are a metal electrode and a layer of ions, is only a few nanometers in the electric double layer. That’s why a supercapacitor can accumulate lots of electric power even at low applied voltages.

The authors of the paper carried out an analysis to discover how the properties of a cation (positively charged ion) in ionic liquid impact the differential capacitance of a supercapacitor.

The existing theoretical models describe ions in supercapacitors as non-structured charged particles, without specifying the difference of one ion from another. But for ionic liquids, not only are the charge and size of each ion important, but so too are such characteristics as dipole moment on a cation and static polarizability.

Dipole moment is a product of absolute value of dipole charges and the distance between them (dipole length).

Electronic polarizability is a value that determines the particle’s ability to get an induced dipole moment in the external electrical field. 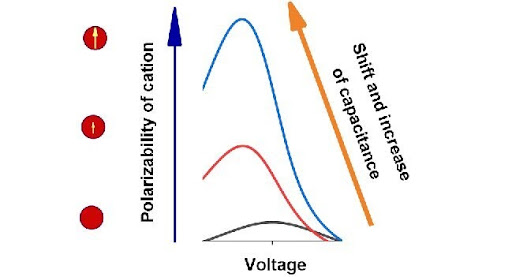 The researchers analysed how differential capacitance behaves depending on the voltage given the growing permanent dipole moment and static polarizability of cations for ionic liquids and electrolyte solutions.

In both cases, the growth of polarizability or permanent dipole moment of cations leads to considerable growth of differential capacitance at negative voltage. The authors explained such behaviour of differential capacitance with additional attraction of a cation that has a permanent or induced dipole moment to an electrode in an inhomogeneous electric field. 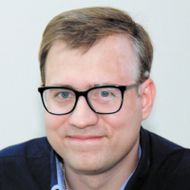 ‘We have demonstrated something very important. Capacitance, which is the main characteristic that demonstrates how much energy an electric double layer can accumulate, is sensitive to the changes in dipole moment and polarizability of an organic cation. This gives the experimentalist (electrochemical engineer) an opportunity, if they want to achieve bigger capacities, to choose an ionic liquid in which the cation has higher dipole moment or polarizability.’

The scholars say that their work is fundamental and will allow chemical engineers to make more precise calculations in designing supercapacitors. Supercapacitors are used as power sources in different industries, from housing services to alternative power sources, to electronic and mobile devices, to digital equipment. They play the role of an independent or a standby power source for microcontrollers, memory chips and electronic clocks.

‘We are going to develop software that would allow us to forecast capacitance properties of various ionic liquids and electrolyte solutions on specific electrodes – carbon, gold and platinum. The software will also consider the effect related to dielectric properties of ions,’ said Professor Budkov. 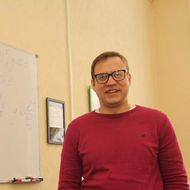