The project aims to study administration staff in countries’ schools. The results of the research are expected to help detect key problems in Russian school administration and outline solutions to these problems.

The HSE research team is a full participant of the Asian project, and will prepare a specific country report.

Nadezhda Bysik, Research Fellow at the HSE Institute of Education:

— The issues of school leadership in European, and, especially, Anglo-Saxon countries are rather well documented. Recently, large OECD projects were carried out in 2006-2008 and 2010-2013. But this is the first time that Asian school leadership is being studied on such a large scale. Russia has been included in this project thanks to its location and the timing of the research.

— Traditionally, education researchers have paid more attention to the experience of Western European and North American countries. But achievements made by school students from Singapore, South Korea and other Asian countries in such international tests as PISA, TIMSS, and PIRLS have led us to look more carefully at these countries’ experience. 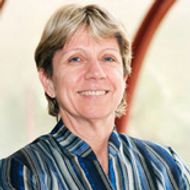