The third International Summit of Technology Parks and Business Incubators – ‘Technology Parks as New Drivers of Development for the National Economy’ – was held in Moscow. The summit was organized by the HSE together with the science park of Lomonosov Moscow State University (MSU) and Skolkovo’s technology park.

The summit on technology parks is one of the most well known annual events in the field of innovations in Russia. The meeting saw the participation of famous Russian and foreign experts in the field of organizational management for business incubators and technology parks, as well as representatives from universities and academic research organizations. Reports were presented by Luis Sanz, General Director of Spain’s International Association of Science Parks and Areas of Innovation (IASP); Oleg Movsesyan, General Director of MSU’s science park; Evgeny Kuznetsov, Deputy General Director and Director of the design office at OJSC Russian Venture Company (RVC); and Mikhail An, First Deputy Chief of the City of Moscow’s Department of Science, Industrial Policy and Entrepreneurship.

The main issues the summit’s agenda focused on methods for successful cooperation among governmental bodies, marketing strategy and the necessity of international academic cooperation. According to the event’s organizers, the main goal of the meeting was to exchange the best practices in managing infrastructure organizations, such as the strategic management of technology parks.

This year, the format of the event was broadened considerably. Intel Corporation was the initiator of a general education seminar called ‘Managing Business Incubators and Technology Parks’ with the participation of the company’s American colleagues – managers of existing technology parks and technology transfer centres. The Innovation Development Centre of Moscow supported a series of educational networking events for management from innovative companies that are potential residents of technology parks in the Moscow area.

Mikhail An discussed the problems with organically integrating technology parks into the environment of the modern-day metropolis. Conditions are only just being formulated in Moscow for the development of enterprises that stimulate science. A regulatory and legal framework is being created, on the basis of which it is becoming possible to organize innovative enterprises. The appearance and development of such enterprises are being hampered by a lack of qualified personnel, however, which is not a new phenomenon.

Russian technology parks are currently experiencing a deficit of professional specialists who are prepared to offer innovative companies real help in developing their business, entering new markets, and raising investments.

According to Anastasia Tyurina, GeneraL Director of the HSE Innovation Centre, it is specifically a shortage in staff, which all specialists in the field are acknowledging, that has determined one of the most important topics of discussion – raising the professional level of technology park and business incubator specialists. ‘Russian technology parks are currently experiencing a deficit of professional specialists who are prepared to offer innovative companies real help in developing their business, entering new markets, and raising investments,’ she commented. This is why HSE’s Innovation Centre is actively participating in developing and carrying out educational programs to raise the skill level of technology park specialists, Tyurina added.

Innovative activities require specialists to exchange experiences with their colleagues regularly, including with their foreign partners. This is, however, not enough for Russian technology parks to operate successfully, Oleg Movsesyan noted. The summit was designed to facilitate cooperation among leading international expert organizations. As part of the forum, an educational seminar called ‘Managing Efficient Business Incubators and Technology Parks’ took place at which the heads of operating technology parks and technology transfer centres in the U.S. shared their experience in creating innovative enterprises. 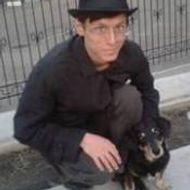 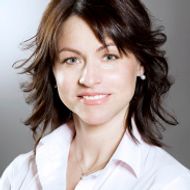