Stereoscopic Film on Pre-revolutionary Russia to Be Shown in Moscow

The HSE MIEM 3D Visualization and Computer Graphics Laboratory worked alongside the Sergei Chelnokov Foundation to create a slide film based on the stereoscopic photographs of Russian photographers working at the turn of the 20th century. A viewing of the film will take place on October 18th as part of the exhibition From the Belle Époque to Revolution – the History of Russia through sterophotography 1880–1917 in 3D.

The film The Person with the Stereocamera brings together for the first time ever previously unexhibited photographs from the archives of Sergei Chelnokov, Nikolai Shilov, Petr Postnikov, Alexander Karzinkin, Petr Vtorov, and Vladimir Shukhov, all of whom captured the life of the epoch from different angles, at times during the most dramatic of historical circumstances. ‘Today we have the unique opportunity of seeing the world through the eyes of people who lived at that distant time,’ the successor of Sergei Chelnokov’s archive, Dmitry Novikov, says. ‘It would seem that reproducing permanently lost stereoscopic photographs of the past has become possible thanks to contemporary 3D projection technologies. The film shows the direct experience of a person capable of seeing and thinking with the help of a stereocamera.’

All of the photographs in the film were digitised and put into a single storyline – Russia before 1917 – at the HSE 3D Visualization and Computer Graphics Laboratory. They were also set to music. There is no text on the images so as not to bother the audience’s perception of the photographs. The film allows viewers to use special virtual reality glasses to dive into the atmosphere of pre-revolutionary Russia – from the laying of the tram tracks and the first airplane flights to the technical miracles of the Exposition Universelle in Paris and significant social events such as the opening of the Nikolai Gogol Monument in Moscow. Particularly important are the portraits of contemporaries who have made a great contribution to Russian science and culture.

After the film, a round table will be held on ‘Visual History and Memory,’ in which HSE instructors will participate.

‘The area of the exhibition is split up into three zones – one with classic stereoscopes to view the “3D photographs,” one to view slide films, and an interactive zone where visitors can use a special mobile application that uses augmented reality to view stereo-photographs through smartphone-based 3D helmets,’ notes HSE MIEM Laboratory of 3D Imaging and Computer Graphics Lead Engineer Alexey Rolich. ‘Also at the last zone, you can use your mobile camera to recognize photographs and get all of the information you need on a specific image. For guests’ convenience, the exhibition also has mobile phones available to the public, as well as 3D helmets (a stereoscope analogue).’

Andrey Ignatov, a graduate of HSE MIEM’s undergraduate programme in Fundamental Informatics and Information Technologies, is the developer of the mobile application. The app shows users both plain photographs, as well as original stereopairs (if the user has virtual reality glasses). In addition, the app provides information on the photos and allows users to learn more about the Chelnokov Foundation for the Conservation of Photographic Heritage. The app is available for free on iOS and Android and devices.

Organisers: Manezh Association together with the Higher School of Economics, the Chelnokov Foundation for the Conservation of Photographic Heritage, and the Istoria Otechestva Foundation.

Stereoscopic photography at the turn of the 20th century was both a form of leisure and a way of searching for new photographic expression. This is due to the fact that it was somewhat easier to work with a stereocamera than with large-format devices. They were also substantially cheaper. Stereoscopic photography was the first step made in the history of amateur photography that resulting in a transition from static images to moving objects, while also bringing everyday life to photography. Over the course of more than half a century of stereoscopic photography’s existence, cameras changed, stereopairs started photographing on metallic records and glass, and printing took place on paper. But the main principle remained the same – when creating a stereoscopic photograph for every eye, it was necessary to make a separate image by photographing an object from two different points. The distance between these points could vary between 10 and 20 centimetres. In order to capture the effect of depth, one had to have an additional binocular device for viewing, i.e., a stereoscope. A stereopair was installed here, and every eye was able to see the corresponding image, which allowed for a stereoscopic effect to be achieved. 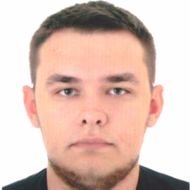