On September 26th, 2016,  the 2nd International Student Conference ‘Russia and Egypt: Joint Future’ was held at HSE. The event was organized by the Faculty of World Economy and International Affairs with the support of the Egyptian Ministry of Sports and Youth Affairs and the Egyptian Youth National Organization. Students and doctoral students from Cairo University and several Russian universities took part in the event.

Igor Kovalev, First Deputy Dean of the Faculty of World Economy and International Affairs, noted that such events are important for establishing pthe ositive development of Russian- Egyptian relations.

One of the honorary guests, Chairman of the Russian-Egyptian Business Council at the Chamber of Commerce and Industry of the Russia Federation Mikhail Orlov highlighted some of the main trends in the development of economic and political cooperation, and shared his vision of Russian-Egyptian relations. The Consul General of the Arab Republic of Egypt in the Russian Federation, Ambassador Extraordinary and Plenipotentiary of the state of Palestine in the Russian Federation and representatives from other diplomatic missions of countries in the Middle East also attended the event.

During the second part of the conference, students discussed the prospects for cooperation between the two countries and possible ways of resolving some of the most pressing problems in economics, politics and international security.

Osama Al-Serui, famous Egyptian sculptor also took part in the event and spoke about the cooperation of the two countries in terms of culture, education and youth policy. 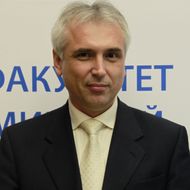