After receiving her PhD in Psychology from the University of the Basque Country, Beatriz Martín-Luengo arrived in Moscow in 2015 to join the Centre for Cognition & Decision Making at HSE as a Research Fellow. Since then, she has pursued research interests that focus on the ecological study of human memory (i.e., variables that affect our recollection) and metamemory, which is the introspective knowledge of one's own memory capabilities (and strategies that can aid memory) and the processes involved in memory self-monitoring.

‘I work on lines of research with theoretical and applied implications, i.e., educational settings, eyewitness memory, advertising’, she says. ‘In my current position, I broadened my research interest to the pragmatics of conversational exchanges (i.e., how the social context affects the amount of information you are willing to share) for which I have conducted experiments using eye-tracker and transcranial magnetic stimulation (TMS). More recently, I’ve been in the process of developing research on temporal dynamics in metamemory with the use of neurophysiological measures such us electroencephalography (EEG)’.

While passionately pursuing her research interests, Beatriz also ensures that she has adequate time to explore the recreational and cultural opportunities that Moscow has to offer.

‘To be honest, I thought that compared to my home-town there wouldn’t be many green spaces, and in fact there are lots of huge parks in the city where you can enjoy all kinds of leisure activities’, she says. ‘Parks like Sokolniki, Kolomenskoye, and Tsaritsino are my favourite spots. I also like Ekaterinsky Park and the Apothecary Garden, which are close to where I live’.

‘I’m really grateful for having had the chance to come here to work. The research environment is very stimulating, I’ve met wonderful and interesting people, have had the chance to live in a great city where you can do pretty much anything at any time of the day/week. The cultural calendar here is awesome and includes all kinds of events. There’s no time to get bored!’ she exclaims, adding that she dedicates time each month to concerts and other musical events in the city’s theatres, clubs and, during the summer, in the parks.

Despite the fact that she doesn’t have a strong command of Russian, Beatrix has found that communication hasn’t been the problem that some newcomers may anticipate. She communicates in English with her colleagues at the Centre for Cognition & Decision Making, and finds that mobile phone apps help with communication in everyday situations.

‘Apart from visiting/living in big Russian cities like Moscow and Saint Petersburg, I had the experience of travelling on my own this summer to Vologda, Yaroslavl, and Rostov, which are all beautiful places with not many foreigner visitors; I didn’t have any trouble because of the language’, she says. Nevertheless, she does recommend that people learn how to read the Cyrillic alphabet and some basic Russian vocabulary.

While Beatrix didn’t have any firm expectations of what life would be like in Moscow, or Russia generally, she did come prepared to engage with people and learn about her new environment.

‘Now that I’m here, every time I see something that catches my attention I simply ask around’ she says. ‘One thing I watched before coming was a television programme about Spaniards living in Russia. It’s an interview/documentary in which Spaniards living abroad show what their lives are like in foreign countries. This gave me a glimpse of the city and the customs, but you can’t generalize or expect you’re going to experience something similar. For example, one of the people interviewed lived in an apartment with a sauna and for her that was a common feature in every house here!’ 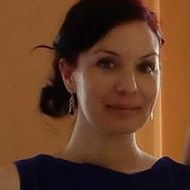 In a competition for science bloggers held at HSE University, Vladimir Mikheev and Vikotria Zemlyak were among the top performers. The students of the English-taught Master’s programme ‘Cognitive Sciences and Technologies: From Neuron to Cognition’ produce ‘Neirochai’ (‘NeuroTea’), a science podcast. The duo spoke with the HSE News Service about their guests, their listeners and their future plans.