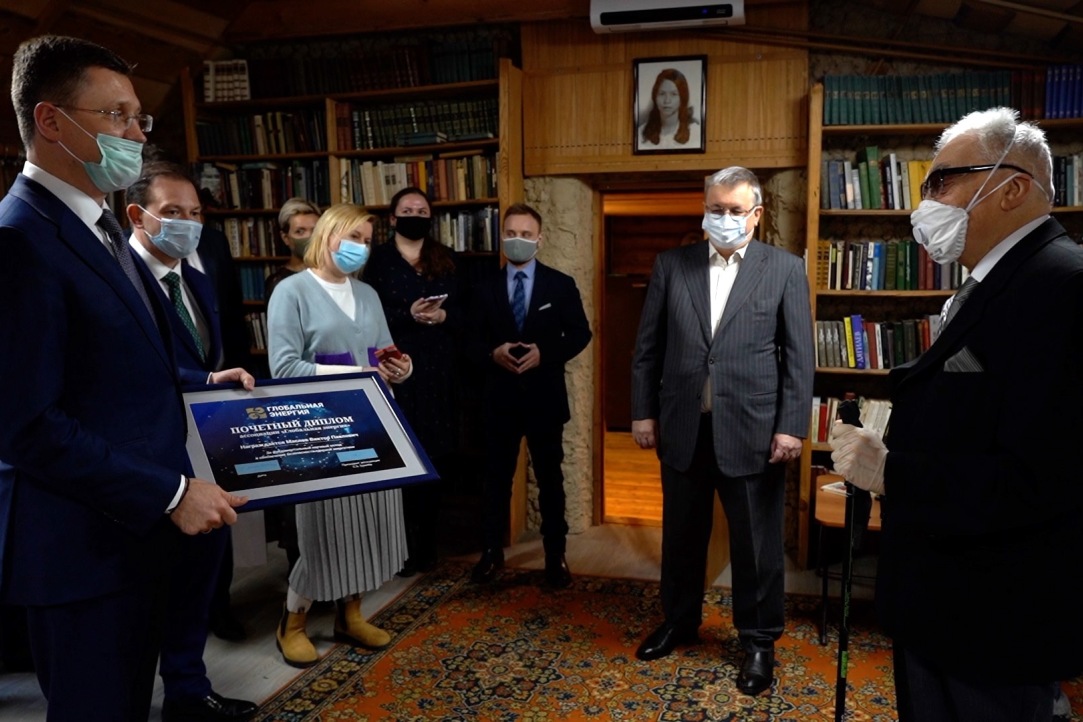 The Global Energy Association awards outstanding Russian scholars for their contributions to the development of the national power engineering industry on their professional holiday – national Power Engineers’ Day. Professor Viktor Maslov, a RAS member, Doctor of Sciences (Physics and Math), and MIEM Research Professor, has become the first winner of the Honorary Diploma from the Association ‘for his fundamental contributions to upholding nuclear power safety’.

A low-key ceremony took place at the scholar’s cottage, in order to comply with counter-epidemic measures. Alexander Novak, Russia’s Deputy Prime Minister, delivered the diploma, congratulated Viktor Maslov on Power Engineers’ Day and said that this year marks the 100-year anniversary since the adoption of the State Plan of Electrification of Russia. ‘The Global Energy award was founded by the President of Russia in 2003 to recognize outstanding international scholars for their R&D contributions to power engineering’, Alexander Novak said, adding: ‘The Association’s Honorary Diploma is a new award, which was founded this year exceptionally for Russian scholars for their contributions in the development of the national power engineering industry. We would like you to be the first to get this award, for your fundamental contributions to the development of power engineering and enhancement of energy security, as we are aware of the role you have played in solving the problems at the Chernobyl Nuclear Power Plant and developing our electricity system’.

Viktor Maslov is a renowned expert in mathematical physics, differential equations, functional analysis, mechanics and quantum physics. He has developed asymptomatic methods that are widely applied to equations in quantum mechanics, field theory, statistical physics and abstract mathematics and bear his name. He has participated in the calculation of the damaged block at the Chernobyl Nuclear Power Plant, as well as modelling and forecasting of the economic situation in Russia (1991). This outstanding scholar has received several state and government awards.

In his reply address, Viktor Maslov stated that this award is a great honour for him, stressing that Russia has already developed a generation of young researchers who are now taking the relay from their elders.

Sergey Brilev, President of Global Energy Association, who was also present at the ceremony, said: ‘This award thrives; it is awarded to younger scholars. However, you are the base. If it were not for your works, the younger generation would not have the foundation to build their own achievements’.

The Association also announced that a 2020 diploma is accompanied by a money prize worth 1 million roubles.

HSE University Rector Yaroslav Kuzminov thanked Viktor Maslov, who celebrated his 90th birthday this year, for his continuing active work as Research Professor at HSE MIEM School of Applied Mathematics, and presented to him an Honorary Certificate of HSE University ‘For outstanding world-class scholarly achievements, many years of hard work, and major contributions to the University’s development and academic reputation’.

The international power-engineering award ‘Global Energy’ is one of the most prestigious international prizes awarded for outstanding research achievements in power engineering, which have benefited humanity at large. It has been awarded every year since 2003. The concept of award was suggested by several renowned Russians scholars, supported by leading power-engineering companies, and eventually approved by the President of Russia. 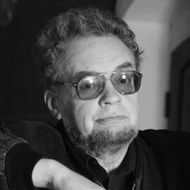