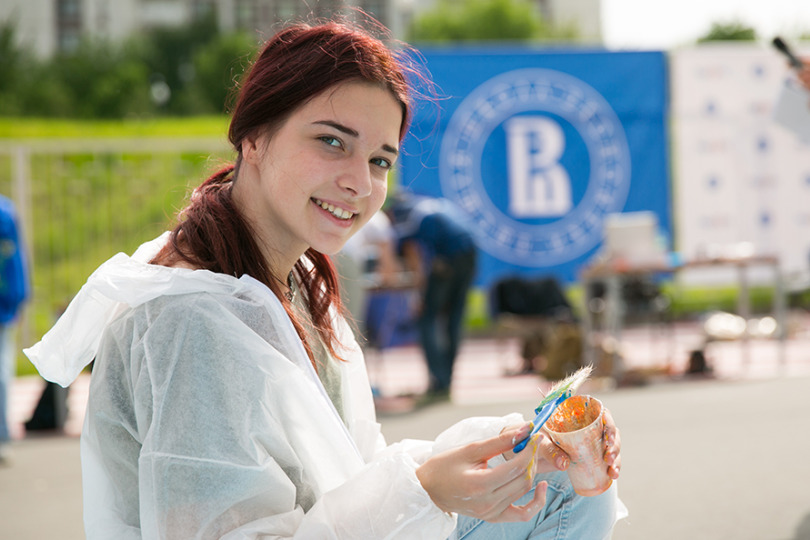 On May 28th, 2015, the festival of children’s and youth art, ‘We Draw the World on the Pavement’, took place in Strogino. The participants spent four hours turning the 162-sq.m. area in front of the HSE MIEM building into a canvas united by the themes of peace, joy and spring.

School and student teams of 4-6 artists took part in the competition, and prizes were awarded by a jury consisting of renowned artists and designers.

The weather on the day of the festival at certain moments made the people think that rain would be the eventual winner in the pavement drawing competition. But, fortunately, everything worked out. The Rainbow Whale team consisting of Ekaterina Krasilnikova, Ekaterina Kulakova, Ekaterina Kolosova, and Polina Chernykh, students of School 1551, took first place. Students of School 1748 were second with the Reveurs Team including Ekaterina Opryshko, Parvana Maksimova, Anna Ganshina, and Viktoria Ovechkina. Third place went to the students of the HSE’s Design programme, Zverstaiki (Ksenia Lazareva, Angelina Chulkova, Dasha Yasnetsova, Anton Fedotov, and Lena Birkina).

Special paints and colours used by the participants will allow the drawings to remain bright and visible on the pavement for the next 18 months. 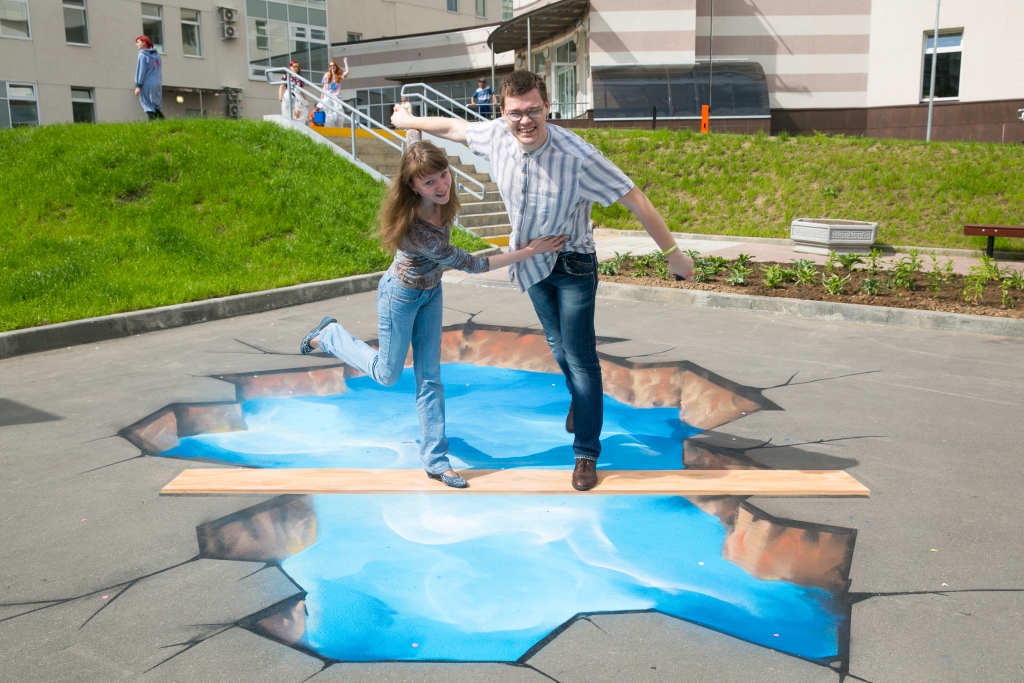 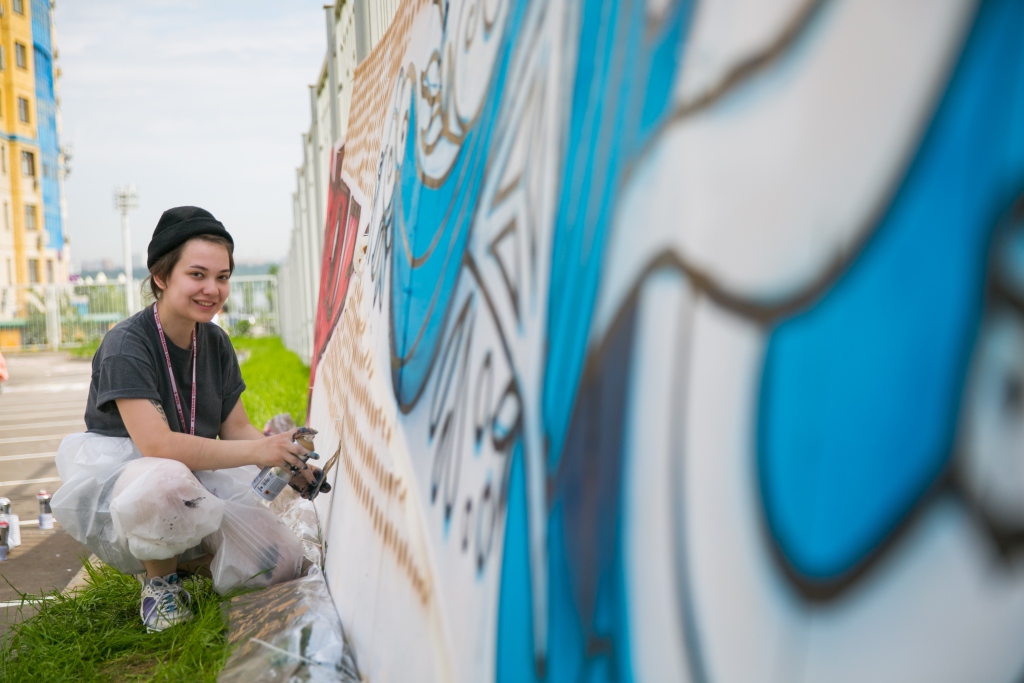 Graffiti by HSE School of Design 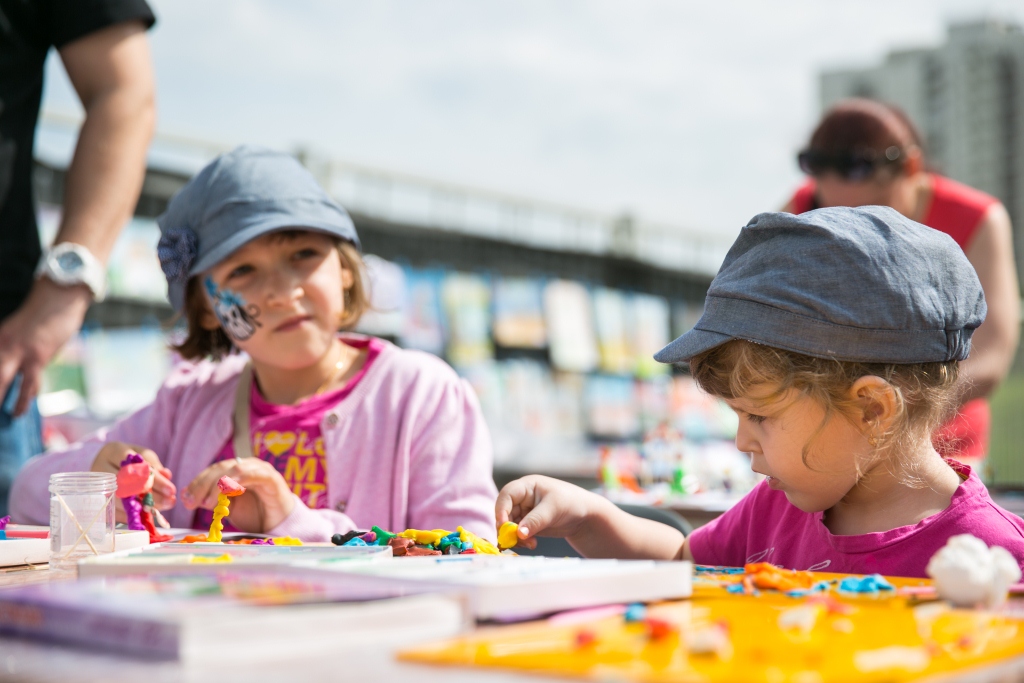 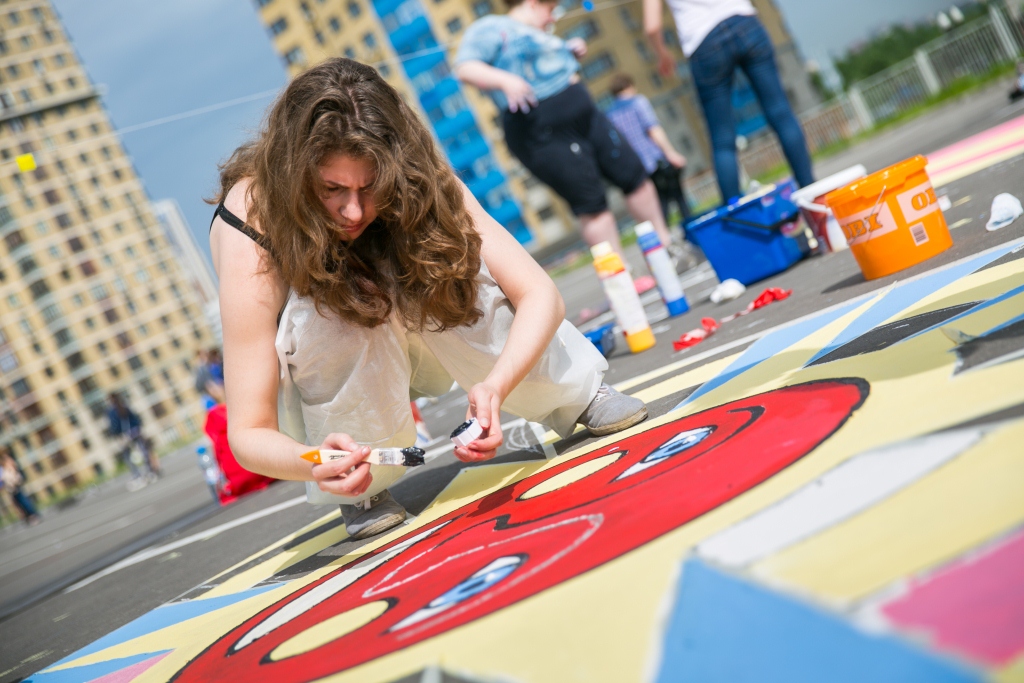 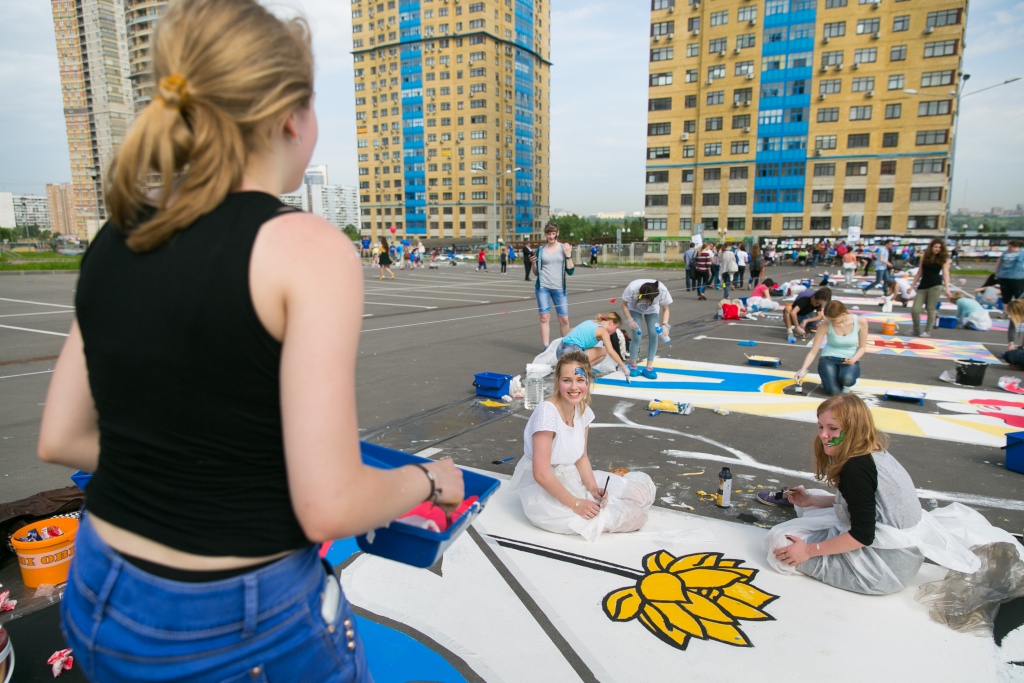 Students of the School 1551 painting a lotus, the eventual overall winner of the competition 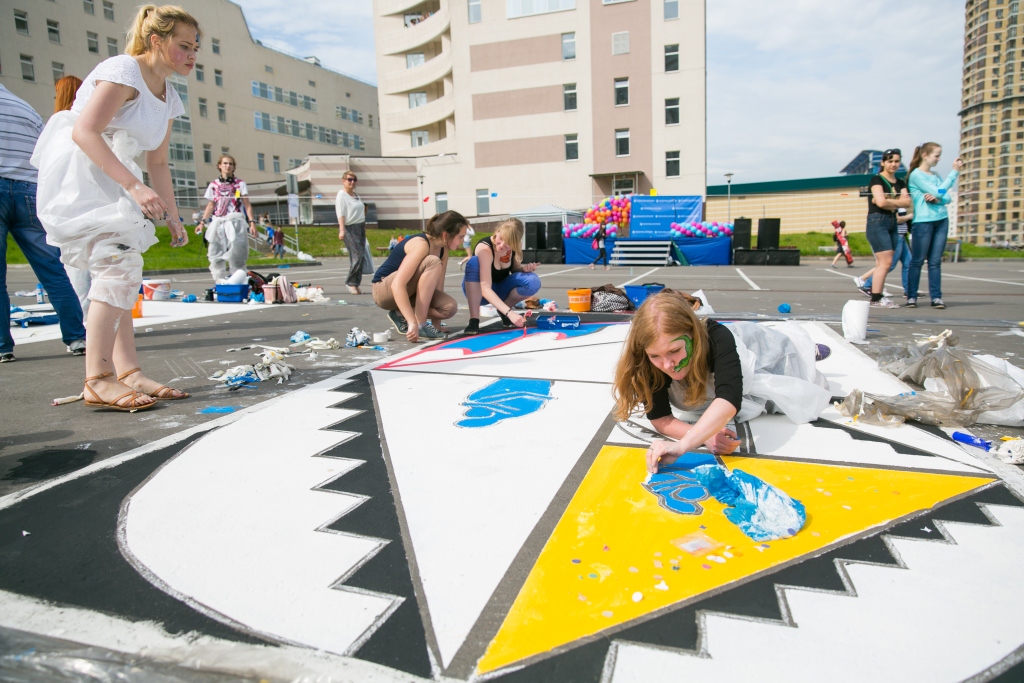 The winning piece of art being created 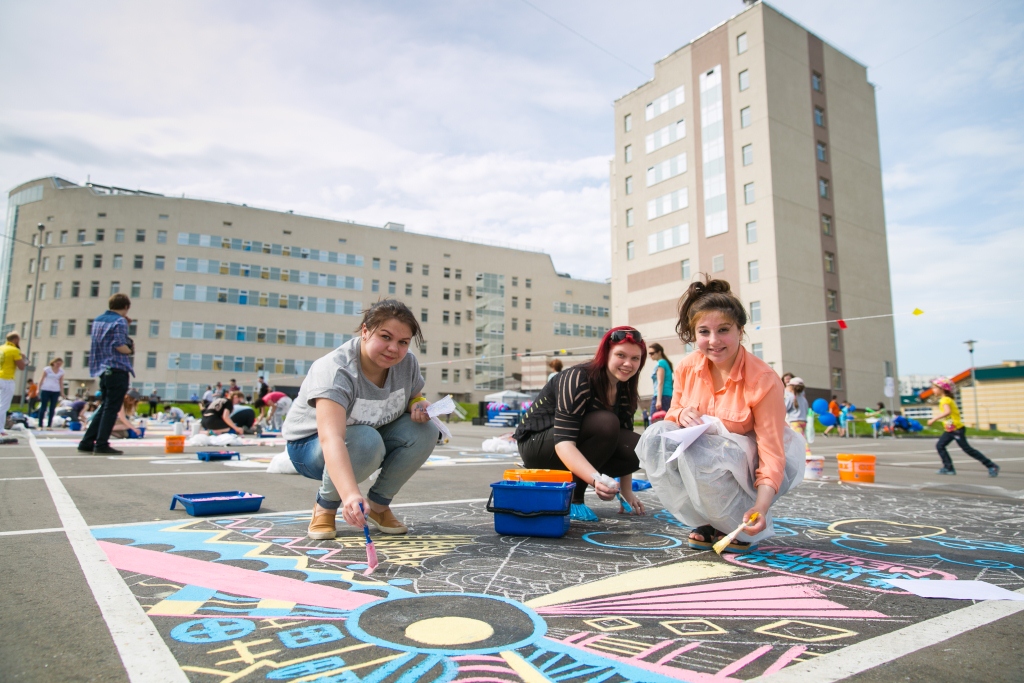 The Reveurs Team from School 1748 doesn’t know it yet in this photo, but they will go on to take  second place 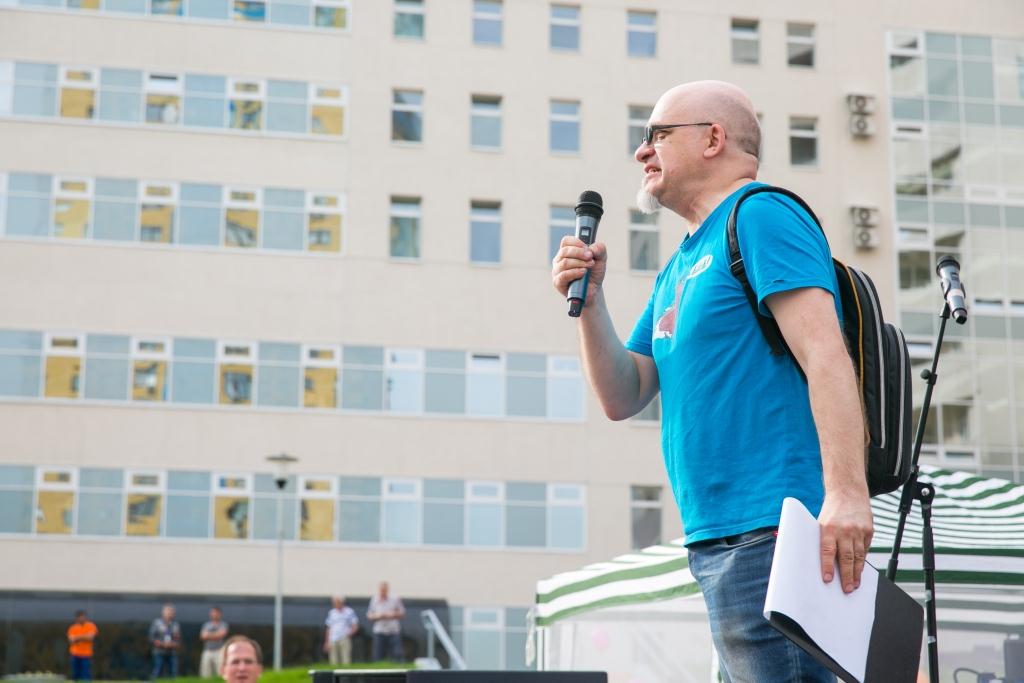 Arseny Sergeev, lecturer at the HSE School of Design, about to declare the winners 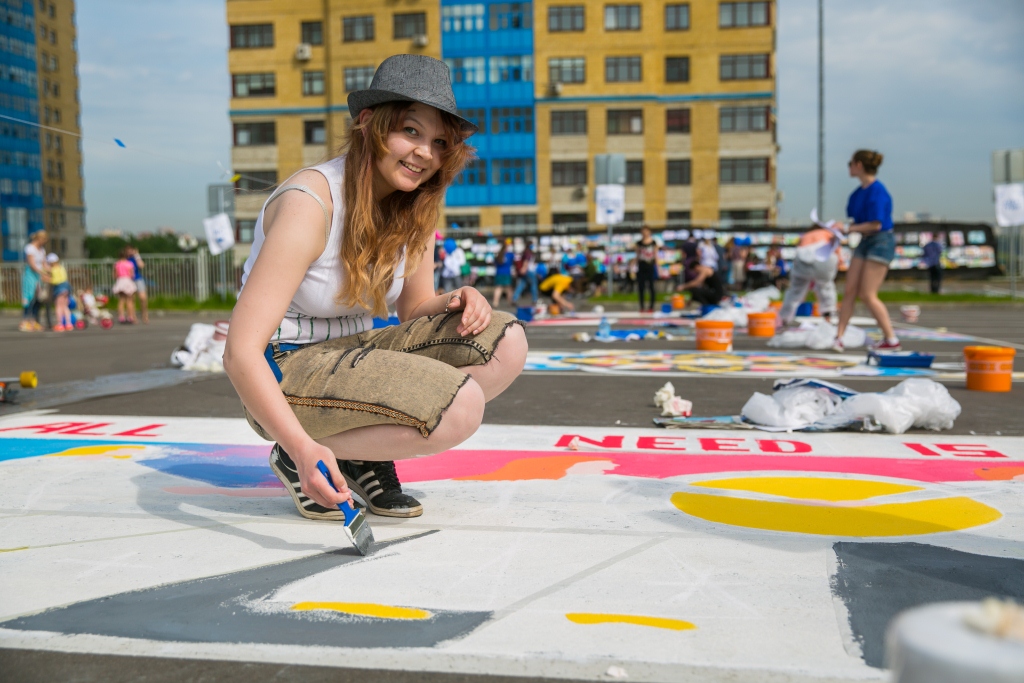 The ‘My Grandfather John Lennon’ team. All they need is peace 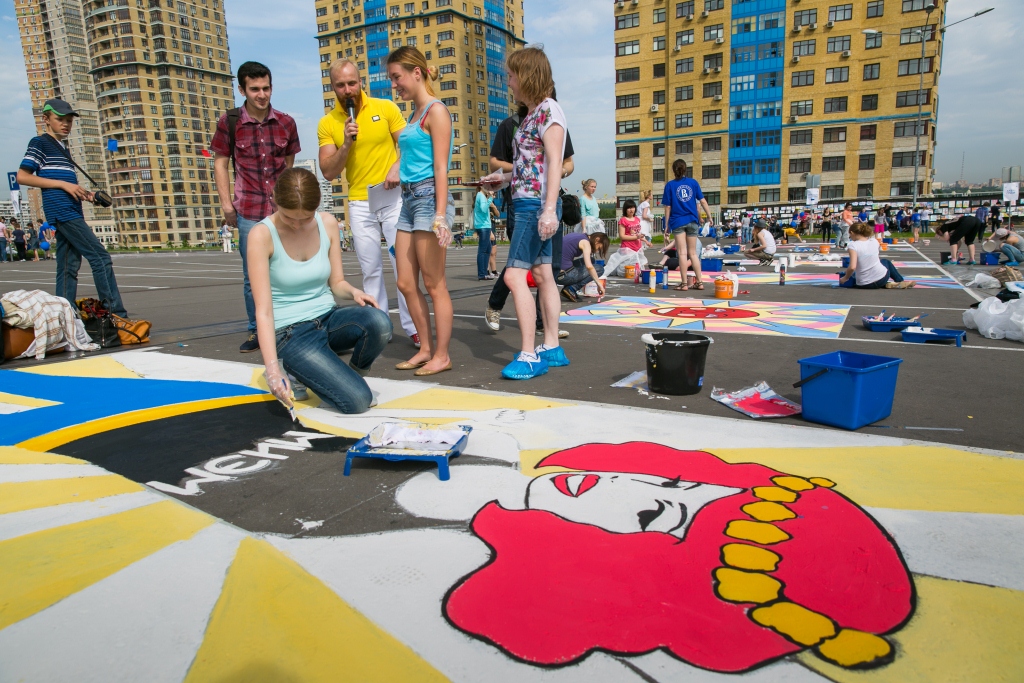 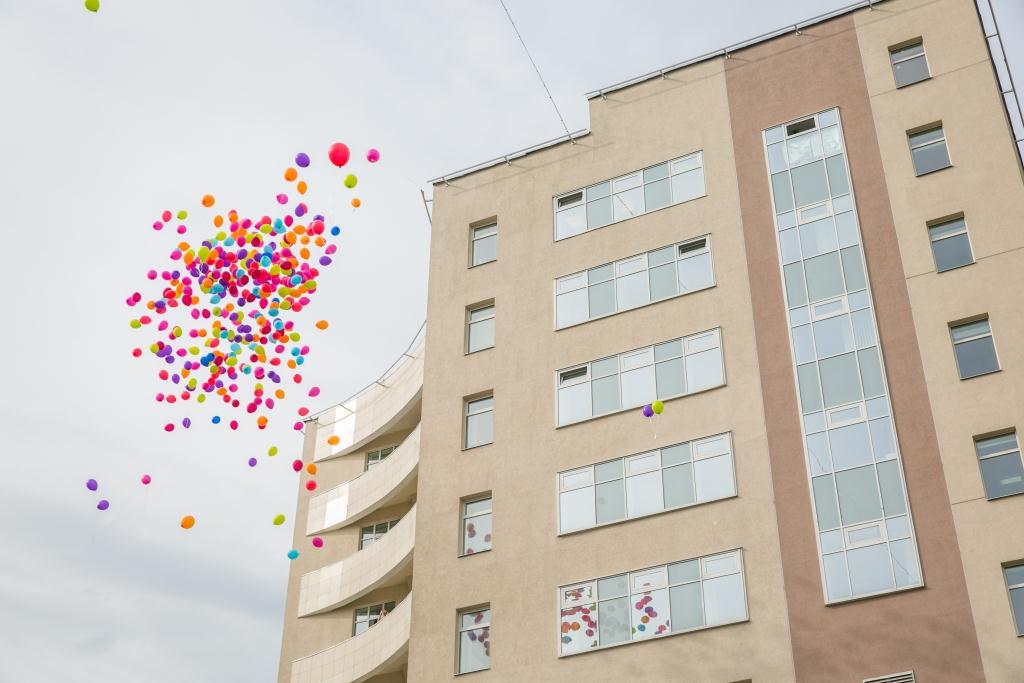 Traditionally, white doves are released into the sky as a symbol of peace. This time they were replaced by colourful balloons 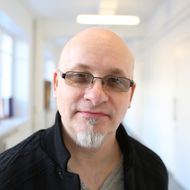