The Institute that Helps Russia and Britain to Understand Each Other

On 15th September the International College of Economics and Finance ICEF held its Graduation ceremony at the British Ambassador’s residence in Moscow for the 15th year in a row. At the ceremony, students were awarded their diplomas for the Double Degree programmes run jointly by ICEF and the London School of Economics.

How to get a British degree in Russia

‘You are the proud holders of two degrees at once - a Russian and a British one’, HSE Academic Supervisor Evgeny Yasin, told ICEF graduates at the ceremony, ‘that’s not bad. I wouldn’t mind that myself. I have two degrees as well but one is from Moscow State University and the other is from the Odessa Institute of Construction Engineering. It’s definitely not the same.’

Both Russia and Britain are pleased with the results of the programmes and it is no coincidence that the Director of ICEF, Sergey Yakovlev was made an honorary professor of the LSE in March 2015. 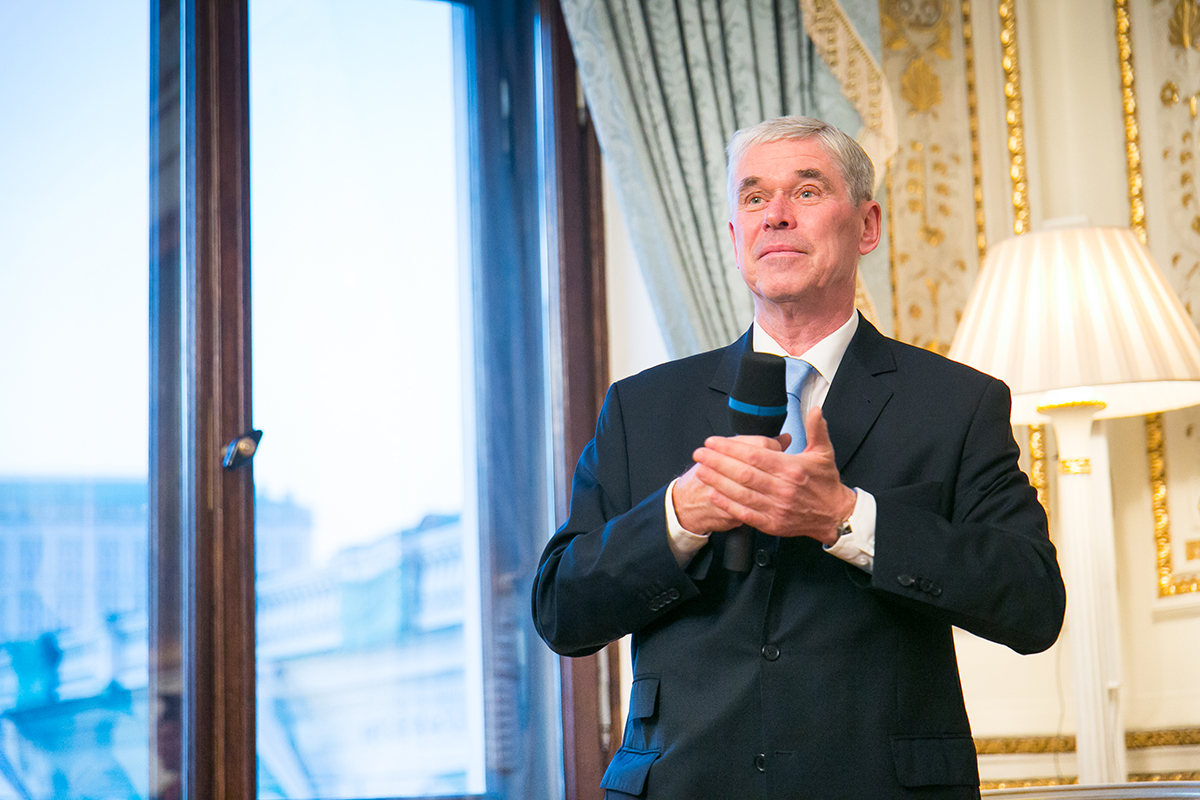 ‘Education is a better safeguard of liberty’

Deputy head of the British mission in Moscow who was playing host to the occasion, Martin Harris believes that ICEF has laid the ground for student and teaching exchanges and for the exchange of ideas. ‘We live in difficult times when we need diplomats who understand economics and economists who understand diplomacy’, said Mr Harris. ‘We have to find solutions to our common problems of migration and climate change. ICEF is an investment which won’t just pay off in the academic and professional success of its graduates. It is a mutual investment by Russia and Britain to help them understand each other.’

President of HSE and of the Russian Union of Industrialists and Entrepreneurs, Alexander Shokhin remarked that the education projects are the ‘best evidence that Russia is not heading for isolation, but that we have already become a part of Europe and the rest of the world’.

Deputy President of VTB24 Bank (which supports the ICEF master’s programme), Mikhail Kozhokin advised the graduates to remember two quotations. The first was mid 19th century American politician, orator and educator Edward Everett’s, ‘Education is a better safeguard of liberty than a standing army.’ The second is Bernard Shaw’s ‘the only path to knowledge is activity’.

The ICEF alumni community continues to grow. In 2014 they numbered more than 1000. This year, the number just of bachelor’s graduates was on the brink of 1000. This year 105 students received their bachelor’s and 23 their master’s degrees. 83% of the bachelor’s degrees were 1st and upper 2nd class degrees from London University.

‘You are following in the footsteps of brilliant graduates from London University who have made their mark on history,’ said Mary Stiasny, Pro Vice-Chancellor (International) of London University. ‘As well as the famous economists and financiers there are designers and industrialists, lawyers and poets. I hope to see your names alongside theirs in future.’

Who are the alumni?

Where do graduates with ICEF bachelor’s degrees go next? About 60 percent of them go on to study in in Russian universities and abroad on master’s and PhD programmes in Europe and the US. This year however the number going abroad has decreased, which Sergey Yakovlev says is partly due to the economic situation but also because the master’s programmes at HSE are ‘becoming more competitive’. 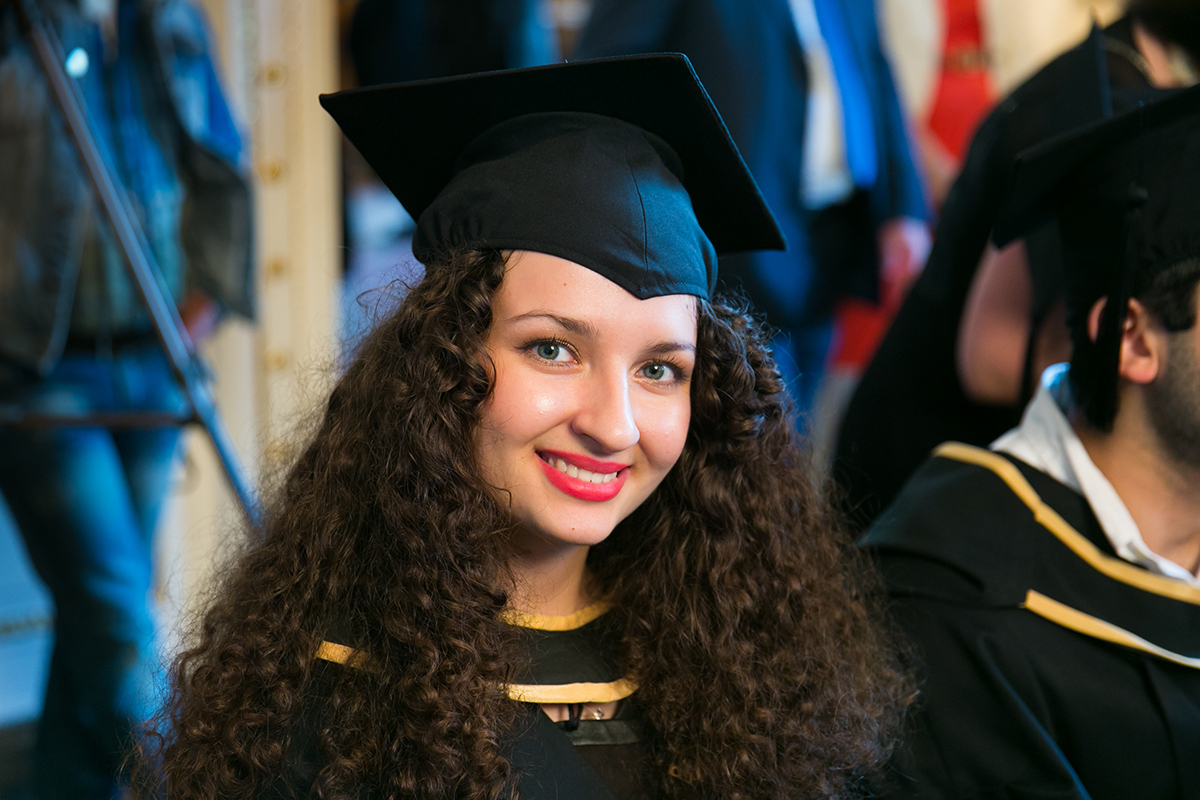 Ekaterina Kazakova who graduated last year is studying for a master’s at HSE in the Economics: Research Programme. ‘I’m a bit unusual because when I started at ICEF I knew I wanted to teach there’, she says. ‘I’ve always been interested in an academic career. I wanted to give seminars and pass on knowledge to students. My dream has come true and now I’m teaching at the Economics Faculty. I started a master’s because I’m interested in macroeconomic research and the course allows me to combine studying with teaching. I might carry on studying abroad later on.’

Artur Meshkovsky graduated from the master’s programme. He is from Latvia and entered ICEF in the international student quota. Artur’s first degree in economics is from the Stockholm School of Economics in Riga and he wasn’t planning on a master’s because he already had a job in his third year at university. But a fellow student who spent a semester at HSE encouraged Artur to apply.

Artur says the ICEF master’s is already a brand. ‘I haven’t been disappointed in any way,’ he says, ‘the standard of teaching is very high. We’ve got to grips with practical matters which was important for me because I was always drawn to mathematics.’

Now Artur is teaching and working in the International Laboratory of Financial Economics and has no plans to leave Russia.

Of course, an academic career is by no means the only path for an ICEF graduate. This year many of them have had job offers from McKinsey, KPMG, Ernst and Young, Barclays Capital, J.P. Morgan, PWC, VTB 24, Sberbank, Sberbank CIB, BCG, Credit Suisse and the Russian Central Bank.

You can learn more about the lives of ICEF alumni here.