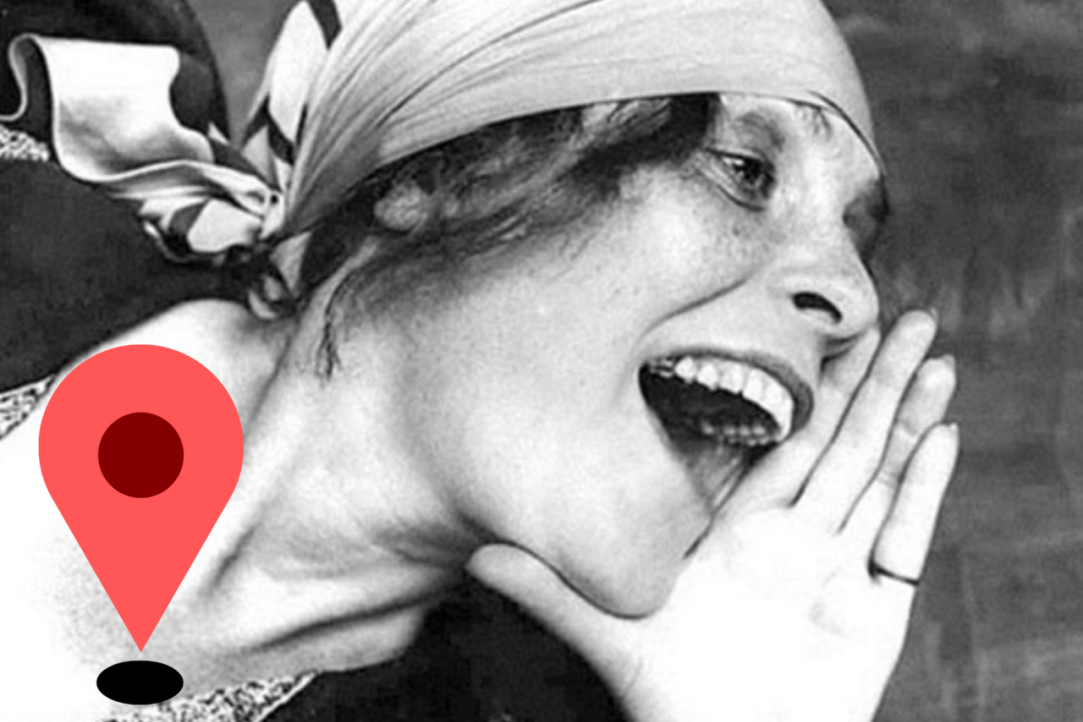 Transmedia projects are now a cornerstone of modern education and the digital sphere. They allow museum collections to come to life through animation, and complex physical phenomena to be visualized. Over the course of a year and a half, students of the master’s programme ‘Transmedia Production in Digital Industries’ studied under leading museum staff and professors of HSE's media department to gain the necessary skills and knowledge for this kind of production. In February, the programme’s first graduating class presented the creative fruits of their labour.

The clients of the programme’s first graduates of the programme’s museum track include the Jewish Museum and Tolerance Center, the Bank of Russia Museum, the Tretyakov Gallery, and Kniga Publishing (based in Krasnodar, Russia). Using various multimedia tools, students created narratives that expanded the expositional space and organized their own virtual exhibitions.

Project: ‘Letters from the Front’

Letters from the Front is a three-volume collection published by Kniga Publishing (Krasnodar). The volumes present a collection of artifacts from family archives, including letters, photographs, and first-hand accounts from Soviet and German servicemen and civilians. Determining the format for the forthcoming publication of the collection’s fourth volume was the task assigned to students Alexander Vulfovich, Evgeny Artamonov, and Irina Demekhina. The team sought to carefully show each document while simultaneously bringing it closer to the modern viewer.

The team came up with an online exhibition featuring the artifacts in digitized form, presented three sections: life, leisure, and love. While the print volume mentions a gramophone, for example, the online exhibition contains an interactive card of the object that displays information, photos, and a small game. The team designed ten of these digital cards for the prototype.

Letters from the Front presents both a historical and a geographical account of the war. The interactive map brings together people from different cities, towns, countries. In addition to providing clarity, the online exhibition allows users to conduct a quick search not only by subject, sender, and recipient, but also by location.

‘Now the Museum of Moscow has approached us,’ says project team member Alexander Vulfovich. ‘They are preparing a similar project for May 9th [Victory Day – ed.] and would like to collaborate with us.’ Initially, we planned to launch this project on May 9th. So, I hope that it will nevertheless be past the prototyping stage by then.’ 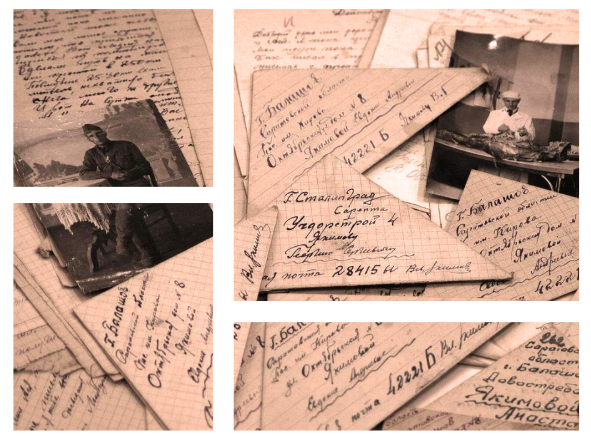 Project: ‘Addresses of the Avant-Garde’ for the Jewish Museum and Tolerance Center

This spring, the Jewish Museum and the Tolerance Center is publishing the book, Addresses of the Avant-Garde. Each chapter is dedicated to streets or districts of the city where exhibitions were held and Russian avant-garde artists held workshops.

The student team helped museum staff take the story beyond the pages of the book. They developed an interactive map of Moscow with navigation features covering the important places of the lives and work of the artists. Moving from location to location, we travel through time: workshops with paintings appear on modern streets, and we become acquainted with their authors as we hear their stories told in the first-person. The project map currently contains seven locations, but after the release of the book, more locations and materials will be added. By the way, you can travel not only virtually: for the real houses mentioned in the book, the students made plaques bearing QR codes that take passersby to the website.

Team member Vera Portnova says that the work has been a valuable experience first and foremost in terms of learning to navigate client communication and logistics. ‘It’s extremely important. Both the work process and its outcome strongly depend on this. Moreover, we also just learned a lot while studying Address of the Avant-Garde.’

You can already see a project prototype of the history of one house at 21 Myasnitskaya Street, which is where Alexander Rodchenko and Varvara Stepanova lived and worked.

Project for the Bank of Russia Museum

Team members Polina Shirokshina and Stanislav Milovidov we given the task of making the history of money and its role in culture come to life for visitors of the Bank of Russia Virtual Museum. At first, the task did not seem too complicated. How do you determine how much the amount of money Hermann won in Pushkin’s The Queen of Spades is worth in modern currency? And what sum was Dostoevsky’s Raskolnikov tempted by in the apartment of the old money lender? The students created an exchange rate between the imperial ruble and the modern ruble based on the price of a kilogram of potatoes (as mentioned in literature of the time) versus the price today.

The team also created an animated series about a family of gold coins lost in time and space. While they travel in search of each other, viewers find out what forms money took in different centuries in addition to learning about the life and culture of different peoples.

Team member Polina Shirokshina admits that the most difficult part was creating and sticking to a work plan. ‘Despite having a clear plan and set of deadlines, we didn’t succeed in doing everything on time, mainly because of our heavy workloads at work and school.’ 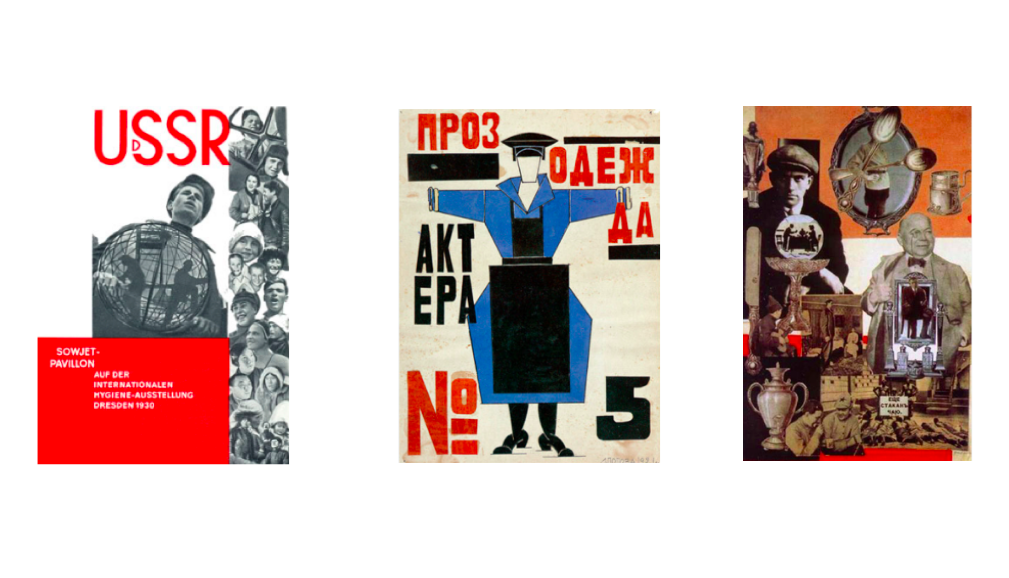 For the exhibition, ‘The Age of Stagnation’, students Polina Vasilyeva, Daria Tolkach, and Anna Melnikov created an accompanying sound installation called ‘The Kvartirnik’. Kvartirniki (stemming from the word kvartira, or ‘apartment’ in Russian) were gatherings held in private apartments by artists, poets, writers, and other members of Soviet underground culture in the 1960s-80s. Now a forgotten phenomenon of the Soviet period, the gatherings provided underground creative figures a space for performance, artistic dialogue, debate, and merriment. Without these gatherings of ‘devotees’ and ‘friends’, it is hard to imagine unofficial art of the Soviet era. Artists would display their work in the apartments of their friends and acquaintances, and one could only gain access to these exhibitions by invitation. The team’s sound instillation includes conversations, funny stories, and jokes of the 70s and 80s that could not be told publicly.

Daria Tolkach says that the project allowed her and her team to learn how to prepare an exhibition in practice. ‘We learned that in order to successfully execute our ideas, we need to stick to a clear plan, as well stay in communication with everyone participating in the project.’

The project is already included in official promotional events for the exhibition at the Tretyakov Gallery, which opens in April. You will be able to listen to ‘The Kvartirnik’ by scanning the QR code that will be available in the museum’s catalogs and on its promotional posters.

The ‘Transmedia Cultural and Museum Project Production’ track of the master's programme ‘Transmedia Production in Digital Industries’ is supported by the Vladimir Potanin Charity Fund. The project is implemented in collaboration with the Centre for Digital Cultures and Media Literacy.

Admission to the programme is determined based on an applicant’s portfolio evaluation and English exam score. For more information, see the programme page.