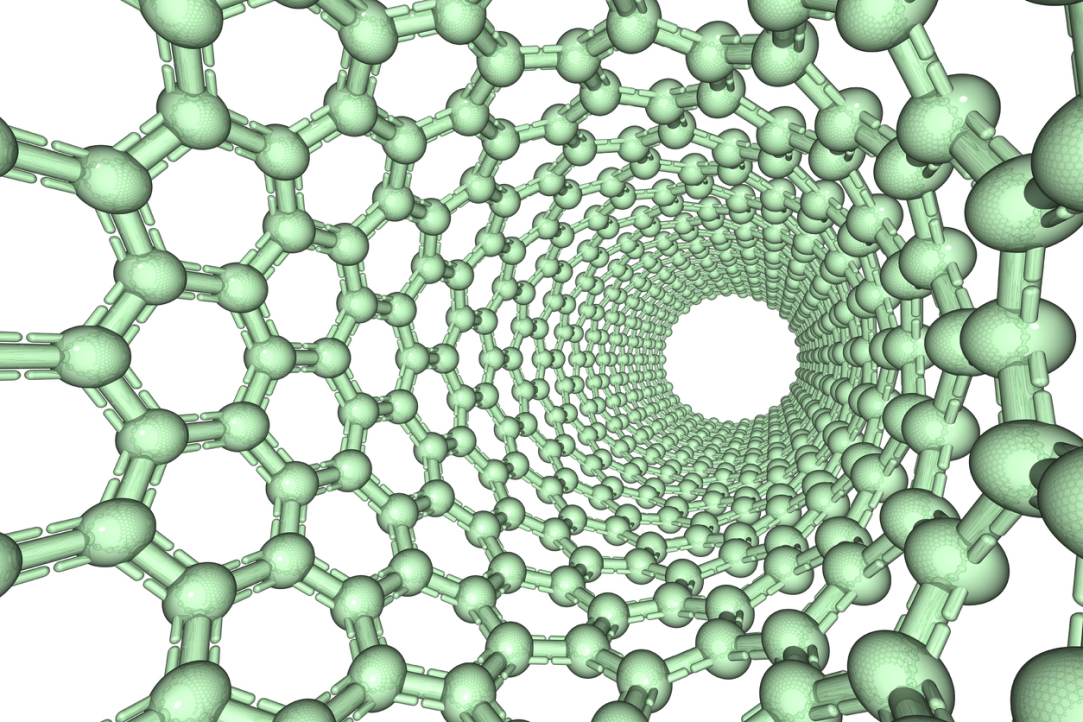 Carbon nanotubes are unique entities in their physical nature and properties. They have been researched extensively over the past three decades and have applications in various fields of science and technology, including materials studies, physics, and electronics, to name but a few.

A carbon nanotube can be compared to a rolled graphene sheet. The properties of carbon nanotubes are truly unique, as the way in which this sheet is rolled up determines the bandgap width, which, in turn, determines the semiconducting or metallic properties of a nanotube. Consider an ordinary piece of paper: it can easily be rolled up into a tube by joining either two opposite sides or two opposite corners;  alternatively, one corner can be joined to any point on the opposite side. The properties of a sheet of paper do not depend on exactly how it is rolled up. If we now replace the sheet of paper with a small piece of graphene it turns out that it will behave either like a semiconductor or like a metal in terms of its conductivity depending on which way we rolled the graphene into a tube. This behaviour makes carbon nanotubes a very attractive material for building all sorts of electronic devices.

The bandgap width is the main characteristic of semiconductors, which is primarily responsible for their applications. At this stage of technological development, no good method for growing carbon nanotubes with known bandgap widths has yet been devised. The synthesis process can produce carbon nanotubes with varying bandgaps, or even no bandgap at all. To determine the bandgap width and the specific type of electron energy distribution, tunnelling spectroscopy has traditionally been used for each individual tube using a tunnelling microscope. This method has a number of disadvantages; it is imprecise, expensive, and non-technological.

In the published study, researchers proposed a technologically advanced (ie, highly compatible with current electronics fabrication techniques) and scalable method to determine the electron spectrum of an individual carbon nanotube. The researchers fabricated a tunnelling contact (see Figure (a)), which is a contact with a very high electrical resistance. Rather than directly, the metal of the contact interacts with the tube through a thin dielectric layer (see Figure (b)).

‘The dielectric creates a tunnel barrier, an energy wall that prevents transfers of charge carriers. A “classical” particle cannot cross such a barrier, but quantum mechanics “allows” a conduction electron or a hole to pass through the barrier, or to “tunnel”. It is worth noting that the probability of tunnelling is proportional to the density of states in the object under study. Because of this property, tunnelling contacts allow for scanning electron energy distribution in the tube,’ says Yakov Matyushkin, one of the study's authors, a Junior Research Fellow at the MIPT Laboratory of Nanocarbon Materials and a HSE MIEM research assistant and doctoral student.

The researchers made a series of samples, each of which was a single carbon nanotube with two pairs of ohmic and two pairs of tunnel contacts (see Figure (a)). The researchers first grew the tube on a silicon substrate. After that, they attached the tunnelling and ohmic contacts to it. During the experiment, voltage was applied between the tunnelling contact and the ohmic contact at the temperature of liquid helium and the electric current, which flowed through the system was measured. The dependence of the current on the voltage made it possible to obtain the electron spectrum in a carbon nanotube and determine the bandgap width. 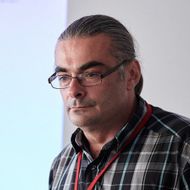 'The proposed method provides information about the band structure of carbon nanotubes. It also helps in determining how this structure changes under the influence of external factors. For instance, we observed the removal of valence degeneracy in a magnetic field using tunnelling contact. This long-predicted effect manifests itself in energy splitting of state density maxima. This is the first time we have demonstrated this effect in an individual nanotube,’ says co-author Georgy Fedorov, Deputy Head of the MIPT Laboratory of Nanocarbon Materials. 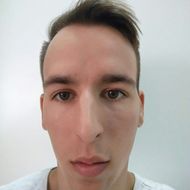