of Russians who were born in the 1980s grew up in single-parent families. In the previous generation, this figure was lower at 16%.

These data are presented in an article by Elena Churilova, a postgraduate student in the HSE Department of Demography, and Daria Gutina, a Master’s student in the ‘Demography’ programme. The article appears in Demoscope Weekly, a journal published by the Higher School of Economics. According to the researchers, growing up in single-parent family affects the stability of marital relations and a person’s life in general.

Date
12 February  2015
Topics
Society
Keywords
stat of the dayresearch projectsdemographyfamily
About
Department of Demography, Master’s Programme in Demography
About persons 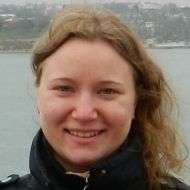 Where the Babies are Booming: Which Russian Regions Have the Highest Birthrates?

The birthrate across Russia is not uniform: in some areas, people have children earlier in life, and in some, later. These contrasts reflect various populations’ differing demographic outlooks and the dynamics of their respective regions, as well as the extent to which their residents adhere to traditional norms of reproductive behaviour. On the whole, almost no large areas with high birthrates remain in Russia. Here, IQ.HSE studies current trends based on an article by demographer Artur Petrosyan.

In developing countries, the gap in life expectancies between men and women has been shrinking for a long time—but it has not disappeared completely. In many cases, gender-related differences in mortality in the 45–69 age group account for almost half of this gap. However, in Eastern Europe, early mortality in men aged 50 and under accounts for over a third of it. Demographer Marina Vergeles examined the situation in more than 40 countries and shared her conclusions with IQ.HSE.

The Human Capital Multidisciplinary Research Center, together with the Vishnevsky Institute of Demography and the International Laboratory for Population and Health, organized the first demographic readings in memory of HSE University Professor Anatoly Vishnevsky, the first director of the Institute. The experts in attendance discussed a wide range of topics, including family policy, how to improve the conditions of low-income people, and how to correct market and employment setbacks.

Think Before You Drink: Why Women Live Longer Than Men

Women are more likely to live to old age because they are less prone to indulge in bad habits than men. A whole range of social, biological and other factors—such as women being more likely to visit the doctor and exercise—also play an important role. Experts from HSE University and RANEPA analyzed the effects of various factors on the reduction in men's life expectancy, which varies based on habits and ideas about male behavior in different countries.

Planning for Babies: How Many Children Russian Families Would Like to Have

Over the past quarter-century, the socially accepted reproductive norm has hardly changed in Russia: most people still believe that two children per family is the ideal. The reality, however, is more diverse, and both largeand childfree families are increasingly commonplace. A new study by HSE demographers looks at changes in public opinion in Russia between 1995 and 2019 concerning the optimal number of children in the family.

Due to the COVID-19 pandemic, people around the world have faced an unprecedented crisis. The cataclysm has impacted Russia as well. Who will better deal the hardships—experienced baby boomers, Gen Xers who survived the 1990s, or Gen Yers who have had an easy life?

How Many Children Is Enough?

Most Russians would like to have two children: a boy and a girl. The others fall between the two extremes of either wanting no children (at least for now) or planning to have three or more. Having a large family is often associated with affluence. The reasons for having another child are many, from wishing to strengthen the family bond and teach older children to care for younger siblings to hoping that the maternity subsidy may help the family improve their housing situation. A HSE demographer used data from a sample of 15,000 respondents to study reproductive attitudes in Russia.

Divorce According to Plan: Who Ends Relationships Most Often—And Why

Citing data from Russia’s largest international sampling study, HSE demographers have shown that women are more likely than men to consider divorce and are more determined to end their marriage. They also found that young couples are more likely to be unhappy with their relationship. The report was prepared for the XXI April International Academic Conference on Economic and Social Development at HSE University.