Sociopolitical and Economic History of Asia 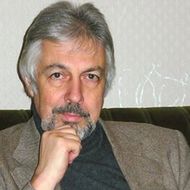 The course focuses on the historical and social background in East and South-East Asia including the historical roots, the nature of state power, social forces, major powers relationships and the future of Asian geopolitics in the 21st century. The history of world politics has been a history of interactions among great powers. The legacy of history, traditional political culture, cross- border conflicts and alliances play a very important role in the current political situation in East Asia. This course will trace the history of the region since the ancient times and show how the Asian states as well as Western powers have been shaping the geopolitical map of East and South-East Asia since the mid-18th century to the present. The course will focus primarily on the continuities and discontinuities in the cultural, social and political patterns in the context of international relations. The following issues will be explored. China, Korea, Japan and SEA countries in the Medieval period, China and other countries of East and South-East Asia since the early Medieval period to the present day; the East Asian setting and early European influence to 1800; European impact on East and Southeast Asia in the 19th century; China's and Japan’s response to the Western expansion; the decline and fall of empires in East Asia and national resurrection of Asian states; the Cold War in Asia and postwar nation-building; the resurrection of Japan and China; the rise of nationalism in East Asia and its different models (Chinese, Japanese, etc.); power, authority, and the advent of democracy in Asia; Russia in the Pacific Asia; regional dynamics, regional and global perspectives of Asia Pacific; new trends in Asia: isolation, integration, and changes, etc. Currently each Asian state faces challenges and opportunities that influence its national security objectives and strategies. One of the major goals of this course is to analyze these challenges and opportunities in an attempt to forecast what the future of Asian Geopolitics might be over the next 15 to 25 years. The fundamental question of the continuity between the cultural tradition as the basis of socioeconomic organization seen in the historical retrospective and the elements of change and “modernity” in the present, will remain the key point issue of our course.