The HSE Vysokovsky Graduate School of Urbanism together with the French association D’est are organizing a joint summer school this year in France. The School will run from June 25 – July 8, 2017 in Paris and Montpellier and aims to attract students and young professionals in urban development and planning, municipal administration, and civil initiatives. 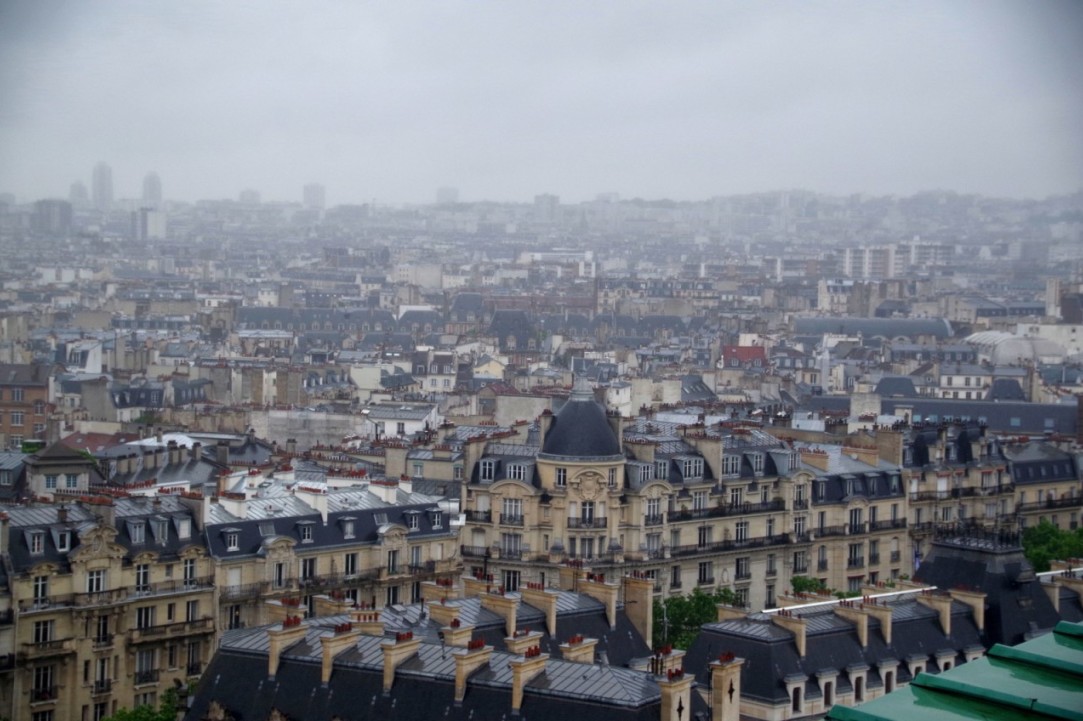 Roofs of Paris by Viktoria Andreeva, participant of the 2016 School

The School’s key focus in 2017 will be housing policies. This was not a random choice, since France has extensive experience of large-scale post-war housing initiatives. This type of housing construction was also seen in Russia. Today, both countries are facing the consequences of these development projects, such as serious social segregation in French suburbs, and lost profit in Russia. As part of the Summer School, we will try to find common ground in contemporary housing policies in Moscow and Paris.

The idea of the School dates back to 2015, when Nina Berezner, President of D’est Association, developed a programme for the first Summer School in France. This initiative was supported by Alexey Novikov, Dean of the Graduate School of Urbanism (GSU), and six HSE students and staff members, as well as urban activists from Krasnoyarsk and Moscow (Zuzino Shtab) went on to take part in the first school in 2015. The second Summer School was held in 2016. It attracted young professionals, including HSE students, from Moscow, St. Petersburg, Saratov, Samara, Magadan, Yaroslavl, Veliky Novgorod, Vologda, Kazan, and Troitsk. 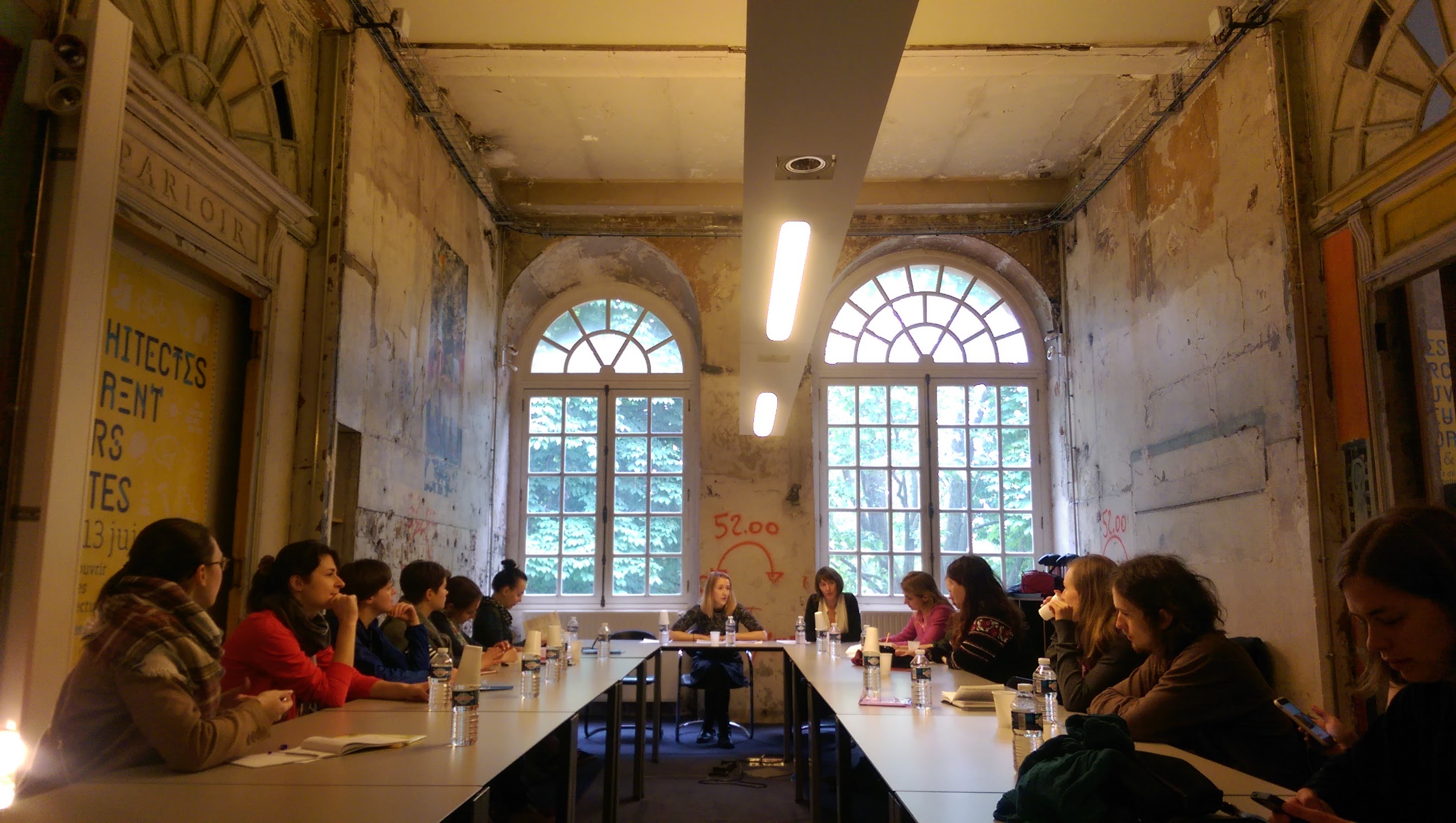 Meeting at the Guild of Architects of Île-de-France. Photo by Ruslan Sabirov, participant of the 2016 School.

The joint GSU and D’est Summer School has three main goals. First, it builds relations between the French and Russian expert communities and members of the public who are actively involved in urban development. Second, it draws the attention of French politicians and public figures to issues surrounding urban development in Russia. It also aims to create an open platform for experience exchange and professional dialogue.

The Graduate School of Urbanism held a student competition for those interested in taking part in the 2017 School. Applicants had to submit a motivation letter, recommendations from teachers, and pass an interview. A lot of interesting applications came in, and it was difficult to select the finalists. In 2017, the winners were five first-year students: Alena Avdeeva, Maria Golovenkina, Elena Skrebkova, Nikita Suchkov, and Marianna Shkurko. The selected students are also involved in the research part of the programme, which is taking place in Moscow and focuses on the key topic of this year’s School: housing policies.

HSE students in this year’s school

For me, taking part in the Summer School is an opportunity to get a better understanding of urbanists’ work aimed at improving the comfort and quality of living in the city; to get an experience of interdisciplinary team work; and to study the practices of involving the residents in the activities and the ways to resolve urban conflicts. I’m also willing to look at some practices of residential construction and spatial planning as an alternative to the Russian ones, to analyze and evaluate their effectiveness. 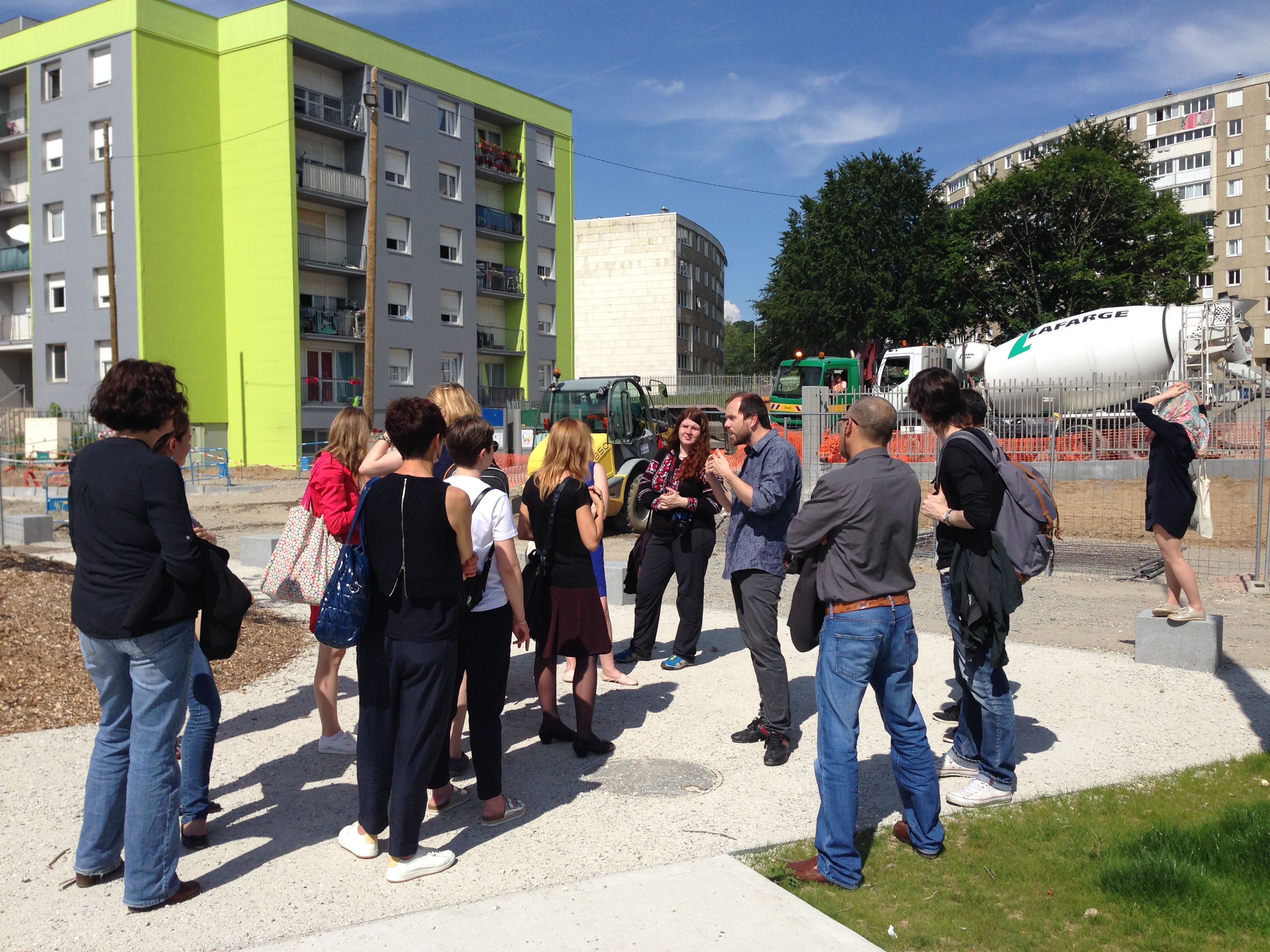 Visit to a construction site at a new district in Limoges. Photo by Ekaterina Dyba, Summer School curator.

‘The Paris Summer School will help me understand how urban residents can be helped to take a regular and active role in urban planning. Practical understanding of Paris’ experience as part of the 2017 Summer School will give us an opportunity to assess its potential application in Russian cities.’ 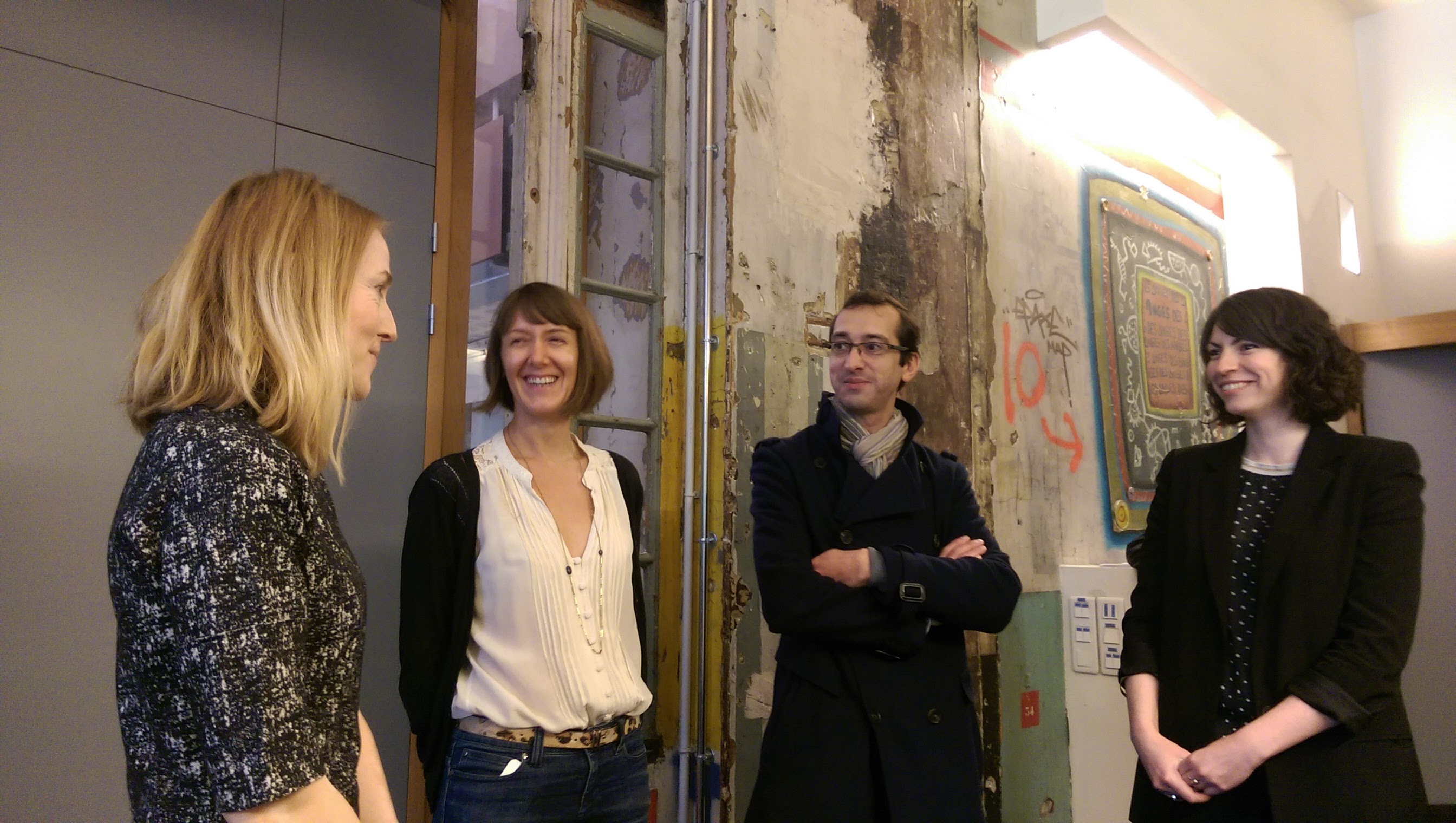 Meeting at the Guild of Architects of Île-de-France: Christine Leconte, Secretary General of the Guild, Marine De La Guerrande, Vice President of the Guild, Rémi Féraud, Mayor of the 10th arrondissement, Paris, and Nina Berezner, President of D’est Association

‘The topic of my term paper is The Problem of Redeveloping Residential Housing of the 1920s – 1930s. My hypothesis is that successful redevelopment is only possible when there is a club model of management, i.e. when residential blocks have one decision-making centre that can unite the owners’ efforts. Studying international experiences is a vital part of considering and understanding this topic. I believe that participation in the Summer School Les Ateliers d’Eté will allow me expand my view of this topic and will help me understand how housing policies are implemented regarding cultural heritage objects.’ 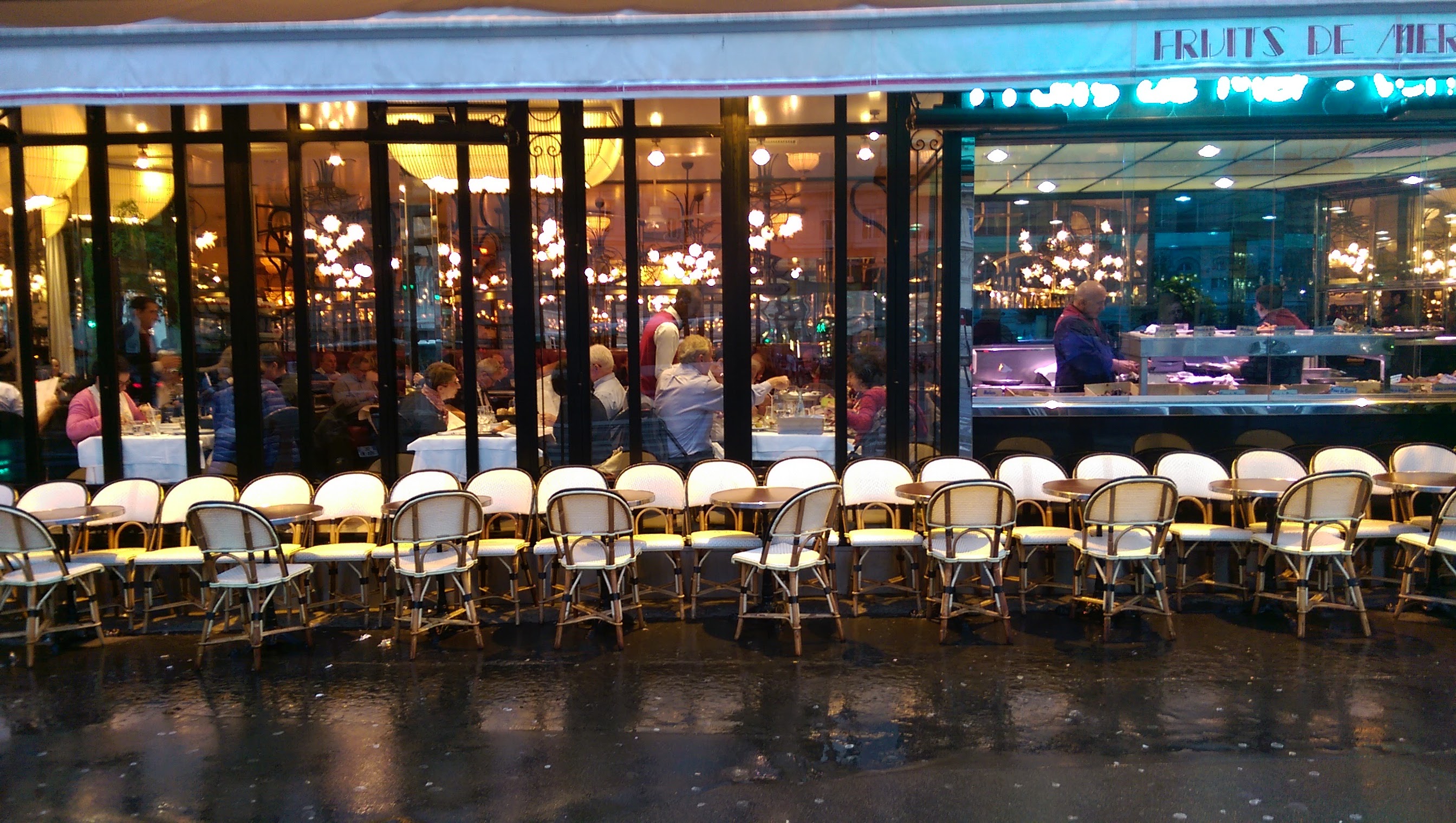 Street café in Paris. Photo by Viktoria Andreeva, participant of the 2016 School.

‘Urbanism is, first of all, studying the fundamental principles of how a city works. That’s why the summer school in France on housing policy is a unique opportunity to investigate this issue, which is vital for any city. I’d like to understand how housing policies have been evolving in a city that has a developed market economy, and also to see what approaches to urban design and development are applied in France. I believe it’s essential to understand the global trends in urban housing policies, how decisions are made and approved, how citizens’ property regarding housing works, how accessible housing is, and also to gain an insight into the volumes of housing construction.’ 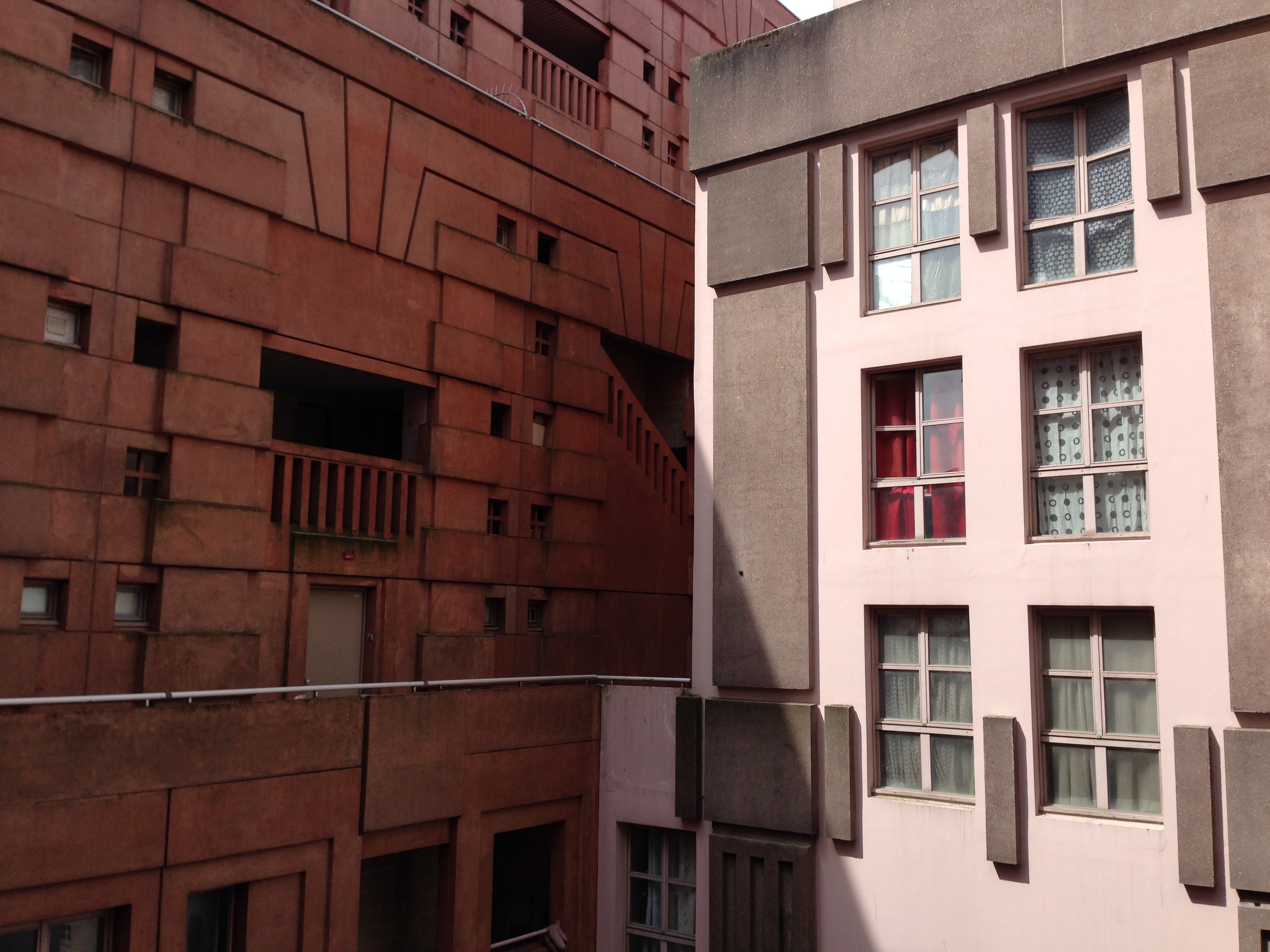 ‘Housing policies can be described as an area in which private and public interests meet. We can clearly understand who the end customer here is, but there’s still an open question as to who makes the decisions. Do the authorities have an a priori monopoly on decision-making? What do decisions mean – consensus, compromise, authoritarian approval, or something else? How to balance the interests of those who design and those who use? I would like to find the answers to these questions at the Summer School. On the other hand, I’m interested in learning more about the urban construction practices implemented in various countries, in order to adopt and disseminate these experiences.

On behalf of GSU, the curators of the school are Alexey Novikov, Vitaly Stadnikov, Vera Leonova, Ekaterina Dyba, and Marina Sapunova.

The intense two-week programme of lectures and workshops will consist of several key sections:

The School is organized with the support of the French Embassy in Russia and the Administration of Paris. 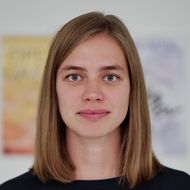 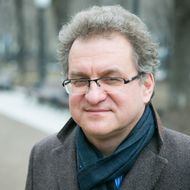 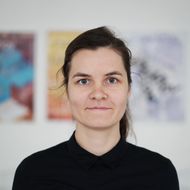 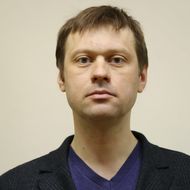