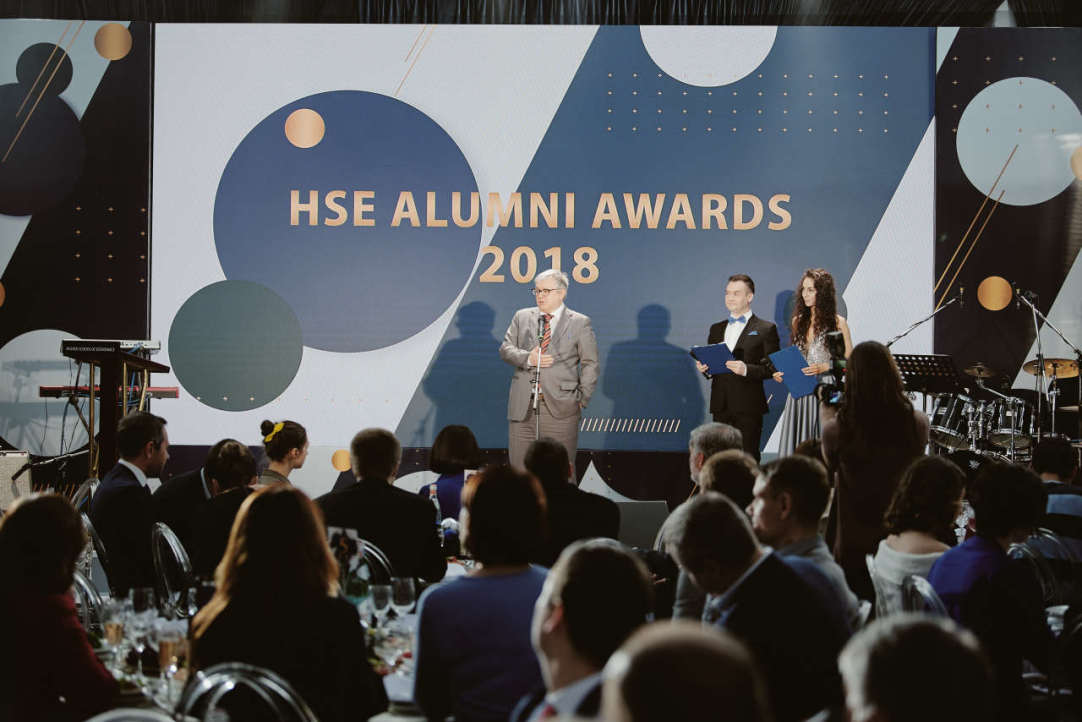 This award is assigned to alumni who have created their own business projects. The winner was Roman Malov, director and owner of the Chapaev Horse Farm in Chuvashia, as well as 2009 graduate of the Faculty of Business and Management. Roman was recognized for developing and popularizing equestrian sports and trotting horse breeding in Russia.

This award is given for professional success while working in corporations and major companies. It was given to Sergey Kurdyukov, Vice President of Citigroup Bank and 2010 ICEF graduate. Sergey has built a spectacular career, having come to the company initially as an intern and eventually being promoted to VP.

This award is given for contributions to the dialogue between the civil society and state authorities. This year, the winner was awarded for contributions in the strategic development of the Russian Federation and its neighbouring countries. The winner was Sergey Korotkikh, expert at the Strategic Development Centre and 2016 graduate from HSE’s Faculty of World Economy and International Affairs.

This award is given for developing charity activities and socially important initiatives. Anastasia Zhvik, coordinator of volunteering at DISLIFE, won the award for developing a branch of an international fund, which provides support to people with disabilities at HSE. Anastasia graduated from the Faculty of Communications, Media and Design in 2017.

This award is presented for achievements in media communications and PR. The winner was Maria Borzunova, court reporter at the Dozhd TV channel, for her professional achievements, as well as making contributions to the development of legal culture in Russian society. Maria graduated from the Faculty of Communications, Media and Design in 2016.

This award is given for popularization of sports by personal example. Dmitry Papulin, project manager at McKinsey & Company, won the Clipper Round theWorld Yacht Race for 2017-2018. Dmitry graduated from the Faculty of Business and Management in 2009.

The annual reception was completed with a charity auction for the HSE Endowment.

More detailed coverage can be found on our social media pages on Facebook and VK, as well as in the video below.

Outstanding HSE Alumni to Be Announced on April 18

March 15 is the deadline for nominating candidates for the HSE Alumni Awards, which are given to outstanding alumni of HSE University. This year, the awards will be given in ten categories.

On October 16, Roll Hall was the scene of the annual meeting of HSE graduates for the HSE Alumni Awards ceremony.