The IMF’s Message Is ‘Target What You Can Hit’

Professor Martin Gilman, former IMF representative and now director of the Center for Advanced Studies at NRU HSE, introduced the guests from the IMF Research department by saying, ‘Today we will be discussing the current state of the world economy and we won’t be talking about Russia specifically as our IMF colleagues offer a broader comparative economic outlook’.

Among the significant points of John Bluedorn’s presentation was his statement: ‘Fiscal policy has a key role to play in global demand rebalancing because it has a large and long-lasting effect on an economy’s external balance. The current account improves because imports fall with weaker domestic consumption and investment, and exports rise with the currency depreciation that tends to follow fiscal tightening. When economies tighten fiscal policies simultaneously, what matters for the current account is how much each economy consolidates relative to others. The current pattern of fiscal adjustment plans will contribute to a narrowing of euro area imbalances and emerging Asian trade surpluses, but a widening of the U.S. current account deficit’. 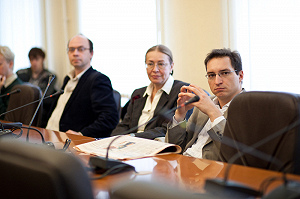 IMF experts believe that fiscal adjustment will be one of the dominant forces shaping the global economy in the coming years. To restore fiscal sustainability, many advanced economies need to reduce their budget deficit. Emerging and developing economies are tightening to rebuild their fiscal policy and in some cases to limit overheating pressures.

What implications will these fiscal adjustments have for economies’ external balances? The IMF researchers believe that in economies with twin budget and trade deficits, such as the United States and some economies in the eurozone, policymakers are hoping that fiscal consolidation will reduce both deficits. For economies such as China, Germany, and Japan, fiscal consolidation could further increase their existing trade surpluses.

Concluding his presentation John Bluedorn said: ‘When many economies consolidate at the same time, what matters for the current account is how much consolidation an economy undertakes relativeto others. This is because all economies cannot improve their current account balances at the same time. Some economies—including Australia, Canada, the United Kingdom, and some members of the euro area — are expected to undertake relatively large and permanent fiscal consolidation measures. For these economies, fiscal adjustment is expected to contribute positively to their external balances. Germany and emerging Asia are also consolidating, but by a lesser amount. This should contribute to a lowering of their external surpluses. Finally, the relatively small size of permanent fiscal consolidation measures currently envisioned for the United States suggests that they will contribute little to reducing the U.S. current account deficit’.

‘The main policy message, - Daniel Leigh continued, - is ‘target what you can hit.’ Since shocks to commodity prices are typically hard to predict and often not sustained, central banks seeking to establish credibility are generally better off communicating their policy objectives in terms of underlying inflation rather than headline inflation. While targeting headline inflation can lower the volatility of headline inflation, it can only do so at the cost of significantly higher volatility in economic activity’. 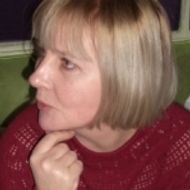 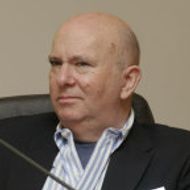