— Please, don’t describe me as an ambassador; there is no special agreement between HSE and myself to act as anything like this.  I am just a graduate, like many others, and I am happy to help other universities in the world learn about HSE. When I first came to Essex in 2007, few people there knew anything about HSE, but things have changed since then. Some HSE students have received their Master's degrees from the University of Essex, and we look forward to hopefully seeing students from the UK at HSE.

— You came to study at the Higher School of Economics back in 1993, when HSE was just one year old and little known even in Russia. Why did you choose a Master's in Economics here?

— To be correct, HSE was not even one year old, we are talking about the very first admission campaign, which kicked off just several months after HSE was created “on paper”. At that time I was a student at the Lomonosov Moscow State University, Faculty of Computational Mathematics and Cybernetics. Math is an extremely interesting and elegant subject, but it can be too abstract at times. I wanted something a little more hands-on. At that time, mathematical modeling in economics was 'in'. I read a book on the subject and wrote a degree paper on macroeconomic growth models. But further work in this area required more knowledge of economics. And then I saw an ad for the HSE Master's course in Economics. My first few months of study were a transition from mathematical to economic thinking; I had to overcome quite a few stereotypes.

— How did your career develop after you completed your Master's?

— After graduation, I decided to pursue an academic career. I was particularly interested in the theory of banking. I worked on my PhD thesis, when HSE Professor Revold Entov advised me to look for a Western professor who could review my research. And then a series of coincidences brought me to Heidelberg, Germany, for three years as a DAAD Scholarship Fellow.

— At what point did you start teaching abroad?

— Atrer just a few months in Germany, Professor Jürgen Eichberger asked me to lead seminars as part of his course. I had never taught microeconomics before, let alone teaching it in German - a language I had barely started learning. I delivered the classes on Fridays and spent the entire week from Monday to Friday preparing for the next class and attending Professor Eichberger's lectures together with his students. Now I know that in order to speak fluent German, all you need is leading three-hour weekly seminars in microeconomics for a semester.

I wrote a thesis on the theory of financial intermediation and regulation, defended it in 2006, and became a”doctor rerum politikarum” (the degree awarded to economists in Germany). In 2007 I moved to Essex to teach Finance and Banking.

— My idea was to pursue an academic career in an English-speaking country. So I looked at a rating of university departments and schools of economics worldwide, selected the top 50 and sent out my CV to a dozen of them. I received a positive response from Essex and gladly accepted the offer. Essex is a young university - not yet fifty years old - but it firmly ranks among the best in social sciences. The longer I work there, the more academic contacts I have with colleagues from other departments - the interdisciplinary side of things is fascinating! Recently, a team of Essex students won the University Business Challenge competing against 80 other universities nationwide - a great success!

— You teach both in the UK and in Russia. What are your impressions of the students in both countries?

— There are certain differences between the UK and Russia in their approaches to teaching. In England, more work is allocated to independent study. It is fairly easy to get a good grade, you just have to learn the subject. However, to reach the coveted 100 points a student has to plough through a mountain of books independently and hone his or her skills to perfection. In contrast, in Russia, we tend to offer more guidance to students and spend more time with them in the classroom. I believe that both system have something valuable to learn from each other.

It makes me a bit sad hearing that Russian students have less interest in an academic career and see academic research as too divorced from life and limited to writing incessant reports and producing publications that no one reads. In fact, I find economics to be one of the most hands-on and 'alive' disciplines. For example, macroeconomics, which was my first introduction to economics, allows one to see theory come to life in the global processes affecting entire nations. Getting out of the recent global recession was done in an almost textbook fashion, and the crisis was effectively dealt with in some two or three years, while it could have lasted longer and been more painful (history offers plenty of examples). I would like our students to understand in particular this practical relevance of economics. Many of them, I believe, are capable of going beyond existing formulas and calculations and creating something new.

— How do you encourage students in the UK to go and study at HSE? What may influence their decision to move to Moscow, at least temporarily?

— We highlight the benefits of the experience of studying and living in another country, of educational diversification, of learning about different attitudes and perspectives. ICEF representatives come to Essex to meet and talk with the students. Essex students' main concerns about going to Russia are the additional cost of tuition and the high requirements to get a good mark at the ICEF.

Perhaps specialist short courses - such as a summer school - would be more attractive as they would be less expensive and offer unique learning opportunities.

— Is there anything that people from other countries coming to Moscow - to attend conferences or to give lectures - complain about or find hard to understand? What prevents many people from applying for teacher vacancies at HSE?

— No complaints that I know of; people usually enjoy the opportunity to visit Moscow and proudly tell the story afterwards, especially if they survived the frost and “escaped from a bear in Tverskaya street” (nobody believes in bears in the streets but they like talking about them.) Moscow is a touristy city, and but for some difficulties with obtaining a visa, hardly anyone would decline an opportunity to come here for a conference on a relevant  topic.

It is more complicated with lectures, since they usually take much longer than a week. Coming to Moscow to work in a permanent position is even more challenging, since Europe is a three-hour flight away, so visiting a European university or attending a conference may be difficult even if the university is happy to cover the trip. Generally, most academics would choose a university with a promising research environment, where there are already  colleagues working and successfully publishing on the same topic of interest. 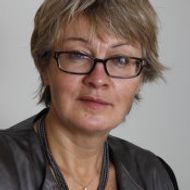 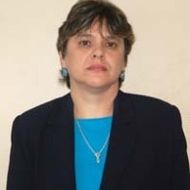 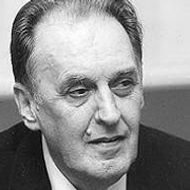 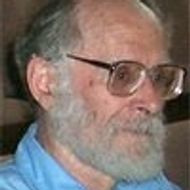