Vladimir Filippov, the rector of the People’s Friendship University of Russia and chairman of the Higher Attestation Commission (Russian: ВАК), explained that the new system is currently being put together, and rectors need to be proactive in proposing amendments to the legislation and other legal acts. However, at present, universities are allowed to experiment.

As HSE’s first vice-rector, Vadim Radaev, told meeting participants, dissertational councils at HSE had already ceased to exist before February 1, when the structure of the new dissertational councils was approved. A number of regulatory documents regarding councils, the award of academic degrees and the basic requirements for applicants’ publications, were also approved.

HSE has created 16 dissertational councils and each one covers a large field of science (for example, instead of five councils in Economics, there is now only one). Requirements for council members relate to their publication activity, which is measured using data from bibliometric systems. This takes into account the particular characteristics of a field of science.

The Dissertation Council determines the general rules of dissertation defence, makes decisions regarding dissertation review, then forms committees. Committee members are chosen depending on thesis topics. The five members (this includes three from HSE and two external experts, one of whom is an employee of a foreign university) read the thesis and related materials, and, if necessary, talk with the applicant. The committee members are experts on the dissertation topic, which gives them the right to decide whether or not to award the degree. The decision is made following public defence and is done by secret ballot. The dissertational council then has to approve the decision.

The committee should not include the applicant’s thesis supervisor, scientific consultant or any other individual who may have a conflict of interest with the applicant themselves. The HSE model does not involve official opponents or reviews from other organizations. Instead, this task falls to the members of the dissertation committee. All related research materials, including audio and video recordings, are uploaded to the Internet, where they are stored indefinitely. Vadim Radaev explained that the applicant does not incur any expenses.

As before, applicants are allowed to make a separate submission of a manuscript and attach articles to it. Alternatively, they may attach articles on a certain topic. A minimum of three articles must be provided. Defence can be conducted in either Russian or English, however the abstract must be given in both languages. When assessing the articles, instead of the list of journals provided by theHigher Attestation Commission, international databases are used, as well as a list of journals where articles should be published. 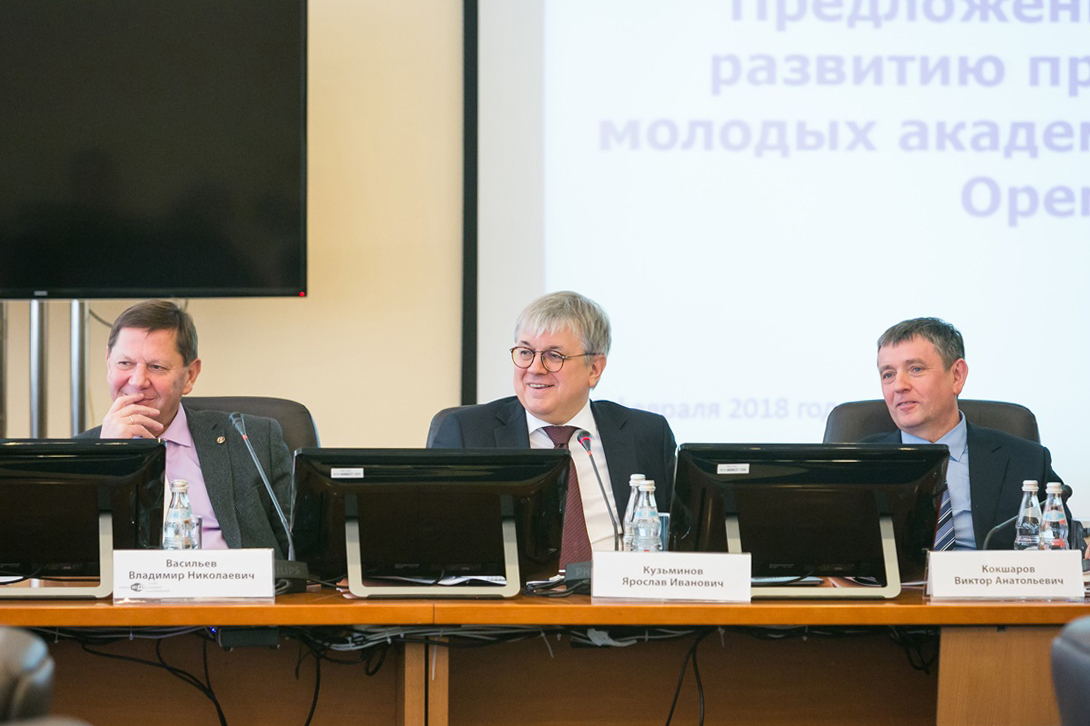 What should be done?

New models of awarding academic degrees are also being developed by other leading universities. However, as was noted at the meeting, the introduction of these models is made complicated by weaknesses in the regulatory framework.

Viсtor Koksharov, rector of Ural Federal University, explained that, while the current regulatory framework does not impede the introduction of innovations, it doesn’t encourage it, either. ITMO rector, Vladimir Vasilyev, invited his colleagues to participate in the finalization of the draft legislation on science (‘On scientific, technical and innovative activities in the Russian Federation’) in order to firmly establish the necessary innovations. According to Vadim Radaev, HSE is moving quite fast, and the federal regulatory framework is not evolving at the same rate.

The rights of leading universities to award their own academic degrees should be formally established and documented, according to meeting participants. However, for some innovations, this level of formality should not be required. HSE rector, Yaroslav Kuzminov, suggested that, if there is a need to revoke an individual’s academic degree, this should be done by the organization where he or she received it, following cross-evaluation of his or her work at other universities and scientific institutes.

Furthermore, changes in the nomenclature of specializations need to be included in the regulatory documentation.

The current terminology used by theHigher Attestation Commission does not account for computer and cognitive sciences. Pedagogy is included, but not education, management, journalism, design or statistics. Instead of defending their theses in journalism, students are often obliged to defend in the philological sciences, and instead of statistics - in economics or mathematics. This subsequently affects their standing in the professional community. ‘Renewing the nomenclature is a long process, and therefore the approbation of new terminology is necessary, with the support of the key scientific and educational institutions capable of forming dissertational councils in these fields,’ explains Yaroslav Kuzminov.

According to ITMO Rector, Vladimir Vasilyev, another innovation that should be formally established in the regulations is the freedom to form joint dissertational councils, which would unite the efforts of leading universities and scientific organizations.

Vladimir Filippov, the rector of the People’s Friendship University of Russia and chairman of the Higher Attestation Commission, drew attention to the need to include provisions for students with disabilities. These regulations would allow universities to determine the thesis defence process on an individual basis.

Yaroslav Kuzminov proposed consolidating regulations around the inclusion of PhD holders in dissertational councils. In his opinion, this issue relates to Russia’s participation in global science. Universities should be able to invite colleagues from other countries without them having to have their degrees recognized by the Russian government. Instead, regulations could stipulate that foreign scientists must have produced scientific work at a level not lower than a doctor of sciences, and subsequent decisions around the recognition of the degree could be made by the organization issuing the invitation.

The main drawback of the old system of awarding academic degrees was that the final decision fell to individuals who didn’t even read the abstract, let alone the thesis itself, according to Yaroslav Kuzminov. This led to erratic results in numerous fields of science. Therefore, universities have a responsibility to ensure that the decision-makers are experts in the topic of the dissertation and are not simply relying on the reputation of the thesis supervisor. Decisions should be made by those who are able to conduct an interview with the applicant, in order to verify thesis authorship and objectively evaluate it.

On September 11, Ivan Smirnov, graduate of the HSE Institute of Education doctoral programme, defended his Candidate of Sciences (Education) on ‘Differentiation of students by academic performance in a social network’. His thesis consists of four articles which had been published in academic journals, as well as a description of the study methods, design and main outcomes.

On May 22, the first thesis for an HSE PhD degree was defended. Following the new procedure, mathematician Pavlo Gavrylenko defended his thesis on isomonodromic deformations and quantum theory.  This took place not before a big dissertation council, but a committee of experts in this particular field of mathematical physics.

From February 1, 2018, new rules will apply to dissertation defense for Candidate of Sciences (PhD) and Doctor of Sciences (DS) degrees. Vadim Radaev, First Vice Rector at HSE, helped us understand what has changed, as well as how it is necessary to prepare for the defense process.