The article, “Perceptions of World Politics and Support for Terrorism among Muslims: Evidence from Muslim Countries and Western Europe” (co-authored with Maykel Verkuyten and Jeroen Weesie), focuses on Muslim populations in five Muslim-majority countries and four Western European countries and examines the correlates of popular support for terrorist violence.

Across the board, those who view democracy as a Western political system unsuited for Muslim societies support terrorism more strongly. Others who support terrorism more stalwartly include Western European Muslims reacting to what they perceive as Western economic domination, and those in Muslim countries who blame the West for poor international relations.

In the four Western European countries, the associations found are remarkably similar, but the opposite is true of the five Muslim countries; no general conclusions could be drawn. Nevertheless, the authors’ findings indicate that one of the main reasons Muslims hold pro-terrorist views is due to their perceptions about world politics. The authors conclude by suggesting that support for terrorism could be diminished through improved relations between the West and the Muslim world. 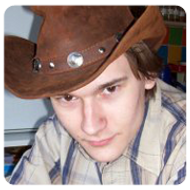 The Social Science Research Network has published its university rankings for June.