‘Successful economic development is impossible without integration of the internet and the overall economy,’ asserts Dean of the Faculty of Communications, Media and Design, Andrey Bystritskiy, roughly speaking, there shouldn’t be any difference between the Runet economy and the economy of the country as a whole. We are talking about being able to use new communications to build a modern economy, capable of converting the abundance of ways of communicating we have today.’

The Director of RAEC, Sergei Plugotarenko, says Runet already felt the effects of the general economic crisis in the last quarter of 2014 and first quarter of 2015. Most experts predict the crisis will hit the bottom at the end of 2015, beginning of 2016. Growth in the industry will not reach pre-crisis levels before the end of 2017. ‘But when we say that Runet is feeling the crisis, we are talking about the change in growth rates in different markets, but not about a fall on an absolute scale,’ says Plugotarenko. ‘The volume of all internet markets (content and services) that we usually research was 1094 billion roubles in 2014, and the volume of electronic payment markets was 476 billion, a sum equivalent to 2.2% of GDP for 2014. While the volume of internet-dependent (internet-related markets) economics reached more than 11.8 trillion roubles which compares to 16% of Russia’s GDP.’

‘There is some remarkable research in the materials about how the industry has reacted to the crisis - the vast majority of businesses have continued with new products and designs,’ says the Russian Deputy Minister for Communications Alexei Volin, ‘The internet economy has not waited for the government to develop new programmes but has done a great deal using its own resources and strengths. We are optimistic and the crisis is a time of great opportunity in our industry.’

You can see the full text in the attached PDF.

Report on the economics of the Runet (PDF) 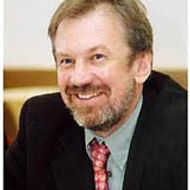 On October 10th, 2012, a new research into ‘The Economy of Runet 2011-2012’ was presented at the Ria Novosti press centre in Moscow. Together with experts from different institutions, staff of the HSE participated in developing the methodology and implementation of the project. The research provides an in-depth report into the state of the of the internet economy, the dynamics of its development, structure and areas of growth and the obstacles it is facing.