This is the third time the HSE and RAEC have carried out research into the economics of the Russian segment of the Internet, in particular e-commerce, advertising, services, technologies, digital content and Internet-dependent markets. This year, 253 experts took part in the research, and its methodology was somewhat changed.

'This time we expanded research into the digital content market, added video, media, books and music. These segments were previously considered part of the e-commerce market,' Deputy Dean of the Faculty for Communications, Media and Design at the HSE Sergey Davydov said at a press conference on the publication of the research. Other substantive changes are related to the surveys of experts regarding current events that impact the industry's development. This year the surveys touched on the changing legislative environment and possible consequences for the market.

The total volume of Internet markets for 2013 amounted to 1.1 trillion roubles, which equals 1.6 percent of Russia's GDP.  The content and services market amounts to 750 billion roubles, while the e-payments market is worth 350 billion roubles. Internet penetration within Russia, according to data from summer 2014, equalled 62 percent. By 2020 experts think it will likely to reach 76 percent.

If the economy declines, a significant number of users will opt for free over paid-for content, even if this free content is 'pirated'. Just 21 percent of users are ready to pay for legal online content.

The Internet industry is growing significantly faster than the Russian economy as a whole. In 2014, the Internet market is due to grow by 30 percent. However, increasing stagnation, lack of investment and reduced user purchasing power will also impact the Internet.

'Experts believe that we are likely to see a scenario of stabilization, in which the presumed average annual growth equals 15 to 20 percent,' RAEC Director Sergei Plugotarenko said.

The number of people involved in the Internet industry continues to grow. In 2013 there were 1.2 million people, in 2014 this number increased by a further 20 percent. But the new employees' qualification level matters as much as the numbers involved.

The full Runet Economy 2013-2014 report, with expert views and development forecasts will be unveiled on December 17 during the Runet 2014 conference. 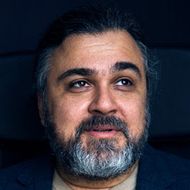 I’m (Not) Afraid to Say: What Are the Limits of Frankness in Posts about Sexual Violence

The #imnotafraidtosay (Russian: #янебоюсьсказать) flashmob on Facebook and other online actions against sexual violence have helped victims to speak out about the problem and get psychological support from the web. At the same time, full frankness is hardly possible in such projects. It is directly related to anonymity. According to HSE researchers, the most painful experiences are still muted in groups where the discussants use their real names.

of universities have wireless internet access. In the majority of them all staff members and students have access to Wi-Fi.

Sociology on the Internet

On 8th — 11th June the International Conference on Computational Social Science, organised by the University of Aalto took place in Helsinki, attended by many of the leading lights in this new area of academic research where the meeting between sociology and computer science has the potential to design better societies.

of companies around the world in the next three years will use social networks as the main tool of corporate communications instead of email.

Lyubov Borusiak, Associate Professor at the Faculty of Communications, Media and Design, School of Integrated Communications will be giving a paper at the XVI International April Conference on Economic and Social Development about her research into social networks and what young Russians read. She talked to the HSE English Language News service  about her findings and about whether Russian reading habits are changing with the new generation.

of Russians age 16 to 74 use social networks.