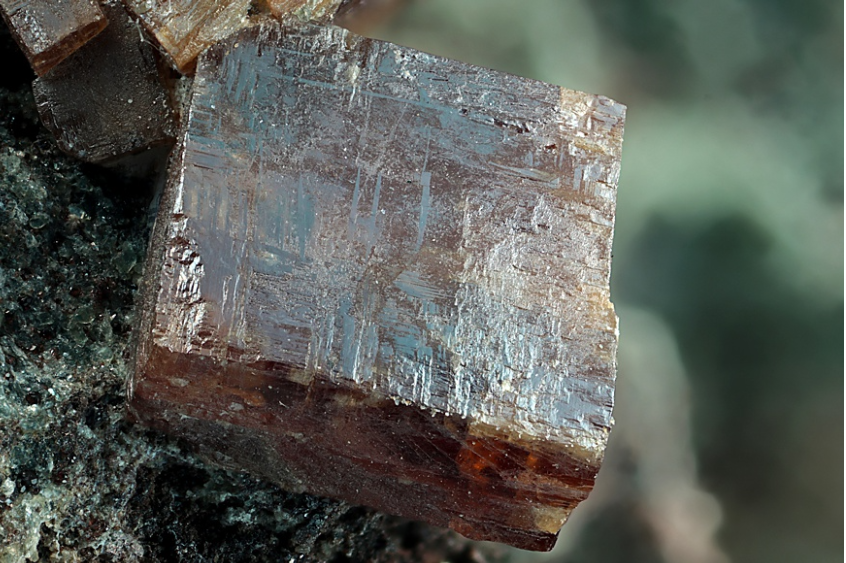 There is growing support among researchers for the use of fuel cells instead of more widely known galvanic batteries. Typical batteries contain limited amounts of substances used to generate electricity—once the battery runs out of fuel, it stops working. In fuel cells, hydrogen fuel mixes with oxygen to generate electricity, heat, and water, with the fuel being fed from outside and oxygen taken from the air. This means that such batteries can operate as long as they have a stable power supply. The only byproduct of the process is water, which makes the cells an environmentally friendly alternative to manganese or zinc-based batteries, which must be disposed of at the end of their life.

Solid oxide fuel cells (SOFCs) are an increasingly promising technology. The cells use a ceramic material (such as zirconium dioxide) as an electrolyte—a medium between positively and negatively charged electrodes.

Advantages of solid oxide fuel cells include high efficiency, reliability, the ability to be powered by different kinds of fuel, and a relatively low cost.

Moreover, unlike other types of fuel cells, SOFCs do not necessarily need to be flat with an electrolyte between electrodes. They can take different forms, such as tubes through which air or fuel flows through the inner side, with another gas flowing along the outer side.

Solid oxide fuel cells also have one main disadvantage: they require high temperatures (around 500–1000°C) to sustain the necessary chemical reactions. Expensive platinum catalysts are required to use SOFCs at lower temperatures, which increases the cost of fuel cells immensely.

For this reason, many researchers have been looking for ways to decrease the operating temperatures of solid oxide fuel cells without compromising the efficiency of their electricity generation. Areas of research in the field include searching for highly active catalysts for the required reactions, the development of techniques to synthesize SOFC components, and the creation of effective materials for electrodes.

Researchers have proposed using perovskite-like minerals as electrolytes with the required properties for industrial application. Perovskites are a class of minerals composed of two negatively charged ions and one positively charged ion attached to one another. The authors proposed using complex oxide of molybdates with the double perovskite structure A2MeMoO6, where A represents calcium, strontium, or barium, and Me represents 3d metals or magnesium.

Compositions in which A = strontium and Me = magnesium or nickel have been identified as the most promising. These oxides exhibit good electrical conductivity under reducing conditions, as well as a tolerance to sulfur and carbon oxide impurities in fuel gas.

Despite their appeal from a practical viewpoint, the properties of double perovskite-like molybdenum oxides such as Sr2Mg1−xNixMoO6 are not fully understood. Experimental measurements of the substances’ properties differ from theoretical predictions derived from computational modelling, which are themselves highly dependent on initial assumptions and the software code used.

The authors of the article have made the first attempt to combine computer modelling of the substance’s electronic spectrum with experimental data of how Sr2Mg1 – xNixMoO6 conducts electric current. The results support the semiconducting nature of Sr2Mg1 – xNixMoO6 conductivity. As in metals, the motion of charged particles in semiconductors generates an electrical current. However, in metals, the presence of free electrons is due to the structure of the substance and the electron bonds in atoms, while the presence of charge carriers in semiconductors is determined by numerous factors, the most important of which are the purity and temperature of the semiconductor.

The researchers agree that semiconductors can be effectively used as electrolytes in fuel cells thanks to their good electrochemical characteristics and high ion conductivity. They believe that further studies of double perovskite-like oxides will offer new opportunities to use this promising material in various energy technologies.

In 2023, the first Master's programme 'Chemistry of Molecular Systems and Materials' at the HSE Faculty of Chemistry will enrol students. Half of the study time will be devoted to research projects in the field of modern fundamental and applied research on the topics studied at five institutes of the Russian Academy of Sciences. Dmitrii Roitershtein, Academic Supervisor of the programme and Associate Professor at the Joint Department of Organic Chemistry with the RAS Zelinsky Institute of Organic Chemistry, spoke about the programme to the HSE News Service.

A team of researchers of the HSE Faculty of Chemistry  Joint Department of Inorganic Chemistry and Materials Science with the RAS Kurnakov Institute of General and Inorganic Chemistry have designed a novel type of hybrid ion-exchange membrane. Such membranes can be used to produce drinking water from seawater, which is particularly relevant for areas with access to the sea and a shortage of drinking water. The study is published in Desalination.