People in America are More Interested in Tolstoy than Putin

Andrey Shcherbak, Associate Professor at the HSE Saint Petersburg School of Applied Political Science, spent six months in the USA, thanks to the Mellon Visiting Scholar Fellowship programme. Andrey told us about the programme and his research.

— Where did you teach in the USA?

— I spent six months at the University of Chicago as part of the Mellon Visiting Scholar Fellowship. The aim of this programme is to attract European researchers – one from Saint Petersburg, one from Paris, and one from Vienna – to work on projects in European (in a very broad sense) studies.

I was the only political scientist in this programme, and my colleagues were historians, literary researchers, art historians, and linguists. The research project on which I worked at the university was entitled ‘Nationalism in Russia and Yugoslavia in Historical and Comparative Perspective’.

— What course did you teach, and what was the reaction from the American students? What interested them the most?

— As part of this programme, I taught a course on ‘Nationalism in Soviet and Post-Soviet Russia’. This course was based on my research. It was an elective course, and 16 students were enrolled in it – 15 undergraduates and one master’s student; mainly, they were political scientists, but there were also some historians and students from the international affairs department. Interest in the course varied among the students: some of them were interested in nationalism, others – in Soviet history, and the rest studied Russian and wanted to take more courses on Russia. At least two of them had Soviet ancestry.

Judging from the students’ feedback, I can state that the course was successful.

— Is there an interest in Russian political history among U.S. students? If yes, then how would you explain it?

— The interest in Russian history and policy in America, in my view, is quite low. For example, only one out of 33 staff members at the University of Chicago Department of Political Science studies Russia. The most interest is in Russian culture. I got the impression that Tolstoy and Dostoevsky attract much more attention from researchers of Russia, than Putin and Medvedev. Through studying Russia, students broaden their view, and sometimes study their roots. Today there are many students from families who emigrated from post-Soviet countries in the late 1980s to early 1990s. 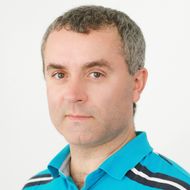 Andrey N. Scherbak
All news by the author 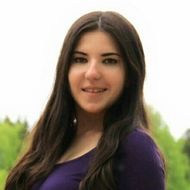