On October 17-19, 2013 the international conference ‘Social and Human Sciences on Both Sides of the “Iron Curtain”’ organized by the HSE Poletayev Institute for Theoretical and Historical Studies in the Humanities will be held in Moscow.

This international conference is intended to put together research findings on the history of social and human sciences in the capitalist West and the socialist East during the second half of the 20th century. HSE news service will publish a series of materials on the conference.

Olessia Kirtchik, senior research fellow at the Poletayev Institute for Theoretical and Historical Studies in the Humanities, member of the programme committee of the conference spoke to HSE news service about the conference and why this is such an intriguing area of study.

— What are the goals of the conference?

— The history and sociology of the Cold War social and human sciences is an exciting topic of growing interest as witnessed by a series of conferences and publications of very high quality which have taken place especially in last five years in Great Britain, United States, France and other countries. Most of these academic events and publications are dealing with the Western European and North American context, while the “Eastern” or “Socialist” part of the story is virtually absent from discussion. For various reasons this field of study is still only at the germination stage in Russia. Nevertheless, we received many responses to our call for papers from scholars working on the history of social and human sciences on both sides of the Iron Curtain, while some of them attempting a comparative analysis. This meeting is conceived as one of the first occasions to bring together these different perspectives. I believe such a dialogue might be insightful for all participants. Another important goal of this conference is to familiarize our social scientists and students with the scholarship on the Cold War social sciences.

— Could you tell us about the participants and highlight the discussion issues?

— This conference has a truly international and multidisciplinary orientation. Most of the participants are historians, philosophers and sociologists coming from the United States and Europe (Germany, France, UK, Czech Republic, and other countries). Among our speakers are young as well as established researchers, such as Philip Mirowski, one of the most important historians and philosophers of economics of the post War period, author of the book Machine Dreams: Economics Becomes a Cyborg Science Cambridge University Press, 2001. The confrontation of national and disciplinary contexts is an important issue proposed for discussions at thematic sessions embracing very different topics from economic modeling to philosophy.

— What's most exciting for you as a researcher in the history of social and human sciences in the second half of the 20th century?

— As I mentioned earlier, the impact of the Cold War on the history of social and human sciences in the Soviet Union remains a large and almost unknown field. I’d like to invite colleagues, especially younger ones, to look closely at this research area. For me personally, the most intellectually challenging and motivating thing was to discover, behind common images of intransigent opposition, of two mutually exclusive societal and political alternatives, an exciting story of parallel developments, hidden connections, mutual interest, and knowledge transfers. This kind of historical and comparative investigation also enlightens us on the impact of different ideological and institutional contexts on scientific practices and cultures.

— What would you recommend for young people to read to understand the processes which happened in the second half of the 20th century?

— In recent years, we’ve seen a quite impressive flow of scholarly literature dealing with the development of different social and human science disciplines after the Second World War. I believe the interest of this literature transcends the borders of specialized sub-disciplines, because the history of knowledge and technology is essential to our understanding of the political and social history of contemporary societies. Just to mention a few:

— How did the HSE start and develop cooperation with international researchers on this topic? What plans do you have for further cooperation?

— Cooperation with some of the participants started long before the conference as part of various projects with researchers at the Poletayev Institute for Theoretical and Historical Studies in the Humanities and with the Research and educational group for Social Studies of Economic Knowledge. Besides, the conference has brought many new people thanks to a very large circulation of the call for contributions. As long as sociology and history of knowledge remains one of the IGITI’s main areas of focus, we hope to maintain these old and new contacts while developing new cooperative projects. In the short term, we’re planning to publish the most interesting conference papers in an edited volume offering a comparative perspective on the history of social sciences and humanities on both sides of the Iron Curtain. 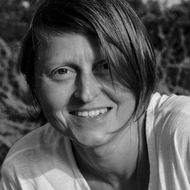 Olessia I. Kirtchik
All news by the author