Winners of the National Award in Applied Economics 2016 Announced

The prestigious National Award has been granted to Ekaterina Zhuravskaya, Professor at the Paris School of Economics, and Evgeny Yakovlev, Professor and Director of the New Economic School Data Centre, for their paper ‘The Unequal Enforcement Of Liberalization: Evidence From Russia's Reform Of Business Regulation’*. The National Award in Applied Economics is given once every two years for outstanding published papers that analyse the Russian economy at the country, industry, regional, or company level.

Ekaterina Zhuravskaya and Evgeny Yakovlev examined the Russian reform of the early 2000s aimed at decreasing regulatory costs for business. According to their paper, the reform had a certain effect in that companies’ average costs related to various regulatory procedures fell considerably across the country. But the effect turned out to be uneven. The reform went better in regions with more transparent local government, better informed residents, business lobbyists who were stronger and had greater interest in reforms, and broader autonomy. As a result, the liberalization promoted the growth of small businesses in regions with good institutions. However, in regions with bad institutional environments, business deregulation had no positive effect.

‘Our paper provides a good example of how fighting corruption and bureaucratization can be successful in Russia. Where there's a will, there is a way,’ Evgeny Yakovlev said.

The award jury also named papers with honourable mention, including the following:

‘A total of 18 papers were sent for anonymous review to at least two experts, more than half of whom were international scholars from leading universities and research centres. The topics were very varied, ranging from individual and company behaviour on the stock and labour markets to the role of economic and political institutions in economic development, as well as issues related to Russia’s economic history. The high quality of most of the nominated papers and the variety of topics made it a hard task for the jury to choose the winners’, said Alexander Muraviev, member of the jury and associate professor at the HSE St. Petersburg School of Economics and Management.

The National Award ceremony will take place on April 20, 2016 as part of the XVII April International Academic Conference on Economic and Social Development. 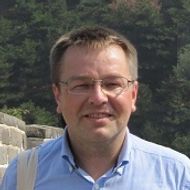 The winner of the 2018 award is Ina Ganguli, Professor at the University of Massachusetts Amherst. The American researcher stood out for her series of articles analysing the productivity of Russian scientists in the 1990s, as well as their decisions concerning emigration and the impact that emigration had on the diffusion of Russian science in the United States.

On April 11, the awards ceremony for the Russian National Award in Applied Economics will take place as part of the XIX April International Academic Conference on Economic and Social Development.