On April 11, the awards ceremony for the Russian National Award in Applied Economics will take place as part of the XIX April International Academic Conference on Economic and Social Development.

The winner of this year’s award is University of Massachusetts Amherst Professor Ina Ganguli. This American researcher stood out for her series of three articles devoted to analysing the productivity of Russian scientists in the 1990s, as well as their decisions on emigration and the impact of emigration on the diffusion of Russian science in the United States.

In her work ‘Saving Soviet Science: The Impact of Grants When Government R&D Funding Disappears’ published in AEJ-Applied Economics, Ganguli focuses on the effect of the smaller grants that George Soros’ foundation gave as emergency funding to support scientists amid the sharp decline in state funding for the natural sciences immediately following the collapse of the Soviet Union. These grants caused a spike in the recipients’ scientific activities with minimal associated costs. The work also studies the grants’ impact on the emigration of recipients and the differentiation of the effects compared to different categories of scientists.

Published in the Journal of Labor Economics, the article ‘Immigration and Ideas: What Did Russian Scientists “Bring” to the United States?’ shows that the immigration of Russian scientists to the U.S. considerably broadened the familiarity of their American colleagues with scientific works published in Soviet journals, works produced by both the immigrants themselves, as well as other Russian researchers.

The third piece, ‘Who Leaves and Who Stays? Evidence on Immigrant Selection from the Collapse of Soviet Science’ researches factors that impact the researchers’ decision to emigrate. The author shows that, all else being equal, the likelihood of emigration is higher for men, as well as for younger and more productive scientists. All three works are based on a unique set of data. Ina Ganguli reached her conclusions using contemporary econometric methods that allowed her to establish cause-and-effect relationships.

Like in previous years, all of the works that were nominated for the competition underwent an anonymous peer-review process by at least two experts. The majority of them were world-renowned researchers who represent top universities and research institutes.

‘This year the topics of the works were truly broad, ranging from problems of employment in science-intensive industries in the USSR and modern Russia all the way to the role of economic and political institutions in economic development and issues concerning the history of Soviet economic science. I want to note the high quality of the majority of works nominated for the prize this year. Even against this backdrop, the works by Professor Ganguli stand out thanks to their originality, the important questions they raise, the high-level reasoning in the answers to these questions, and the thoroughness demonstrated in working with data,’ notes one member of the jury, Indiana University Bloomington Professor Michael Alexeev.

Of the many pieces nominated for the Russian National Award in Applied Economics, the jury found particularly noteworthy an article by HSE Institute for Industrial and Market Studies Research Fellow Denis Ivanov called ‘Human Capital and Knowledge-Intensive Industries Location: Evidence from Soviet Legacy in Russia.’

In his work, Ivanov shows how the geographic concentration of research activities in the USSR, concentration presumably not based on market factors, largely determines the current level of employment in science-related fields in the Russian regions. In other words, the decisions of Soviet planning agencies have long-term consequences not only for the location of enterprises with a large share of fixed assets, but also for the concentration of human capital. The results of Ivanov’s research are based on contemporary econometric methods and have been thoroughly checked for robustness.

Previous winners of the Russian National Award in Applied Economics: 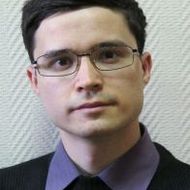