A University for All: HSE Rector on What Makes a Modern Global University 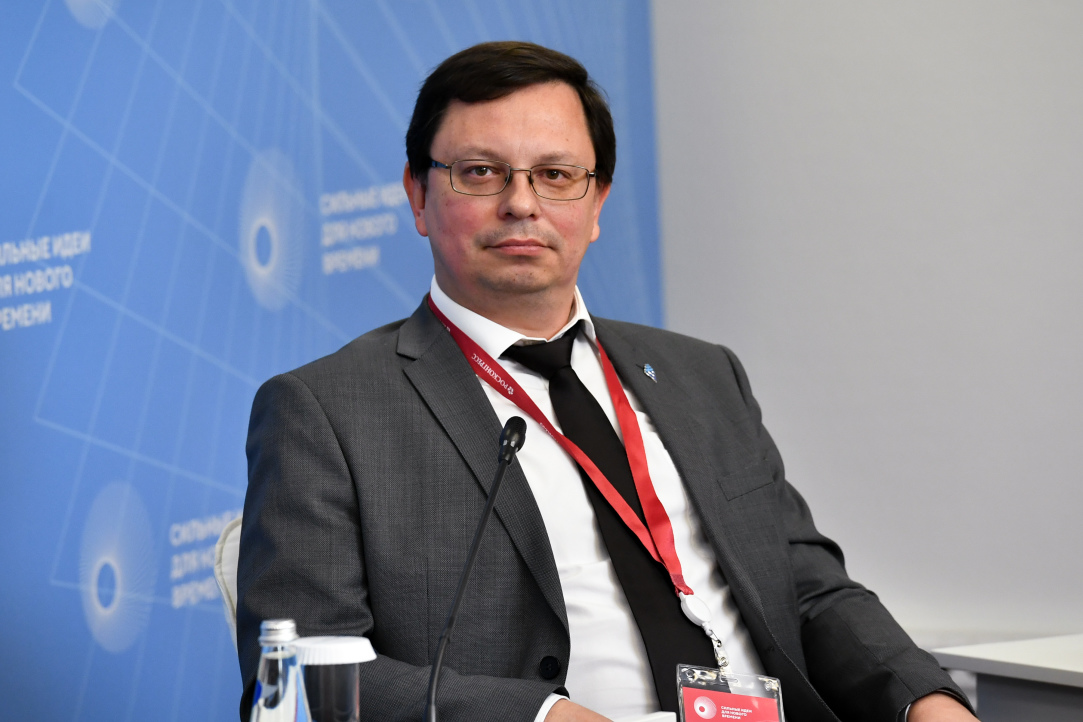 HSE University Rector Nikita Anisimov has given an interview to RBC TV as part of the Eastern Economic Forum. Mr. Anisimov discussed his reception after joining the university, this year’s admissions campaign, working with Yaroslav Kuzminov, global trends in education and new subject areas for HSE University students. The HSE News service reports on the key points of the interview.

Joining the University and Early Challenges

When I came to HSE University two months ago, we were already in the middle of an active admissions campaign. It was important to me that we ran it without disruption, and we now consider it the most successful admissions campaign in the university’s history. Students on state-funded undergraduate places scored an average of almost 96 points on the Unified State Exam, which is a small increase over last year. Around 15,000 people were accepted to undergraduate and master’s programmes, and we have a total of 50,000 students at the start of this new academic year. Classes are being held in the blended format students have become accustomed to.

Another major element of the last two months has been the university’s preparation of its application to the Priority 2030 programme, which is aimed at creating a new landscape for supporting the higher education system over the next ten years. Naturally, as the new rector, I played an active role in preparing the application. Our team will be defending the application within the next few days, first in front of the Ministry of Science and Higher Education commission, then in front of the programme’s grand council. These are the two main challenges of the coming months.

It was important to me that the whole HSE University community accepted me as the new rector. I have met with the Board of Tenured Professors—people who have shown their dedication to the university and who serve as the backbone of its activities. I have also met with the Student Council, the heads of all faculties, and the heads of the majority of research institutes. From our conversations, I know that we have the same ideas on how to develop education, and how best to arrange learning for young people today, in what is essentially the middle of the 21st century. We do not learn for school, but for life—that is the motto of HSE University. And when we learn for life, we must consider what it will look like ten, fifteen and twenty years from now.

Over these two months of ongoing discussion, the main goal was to preserve momentum in developing HSE as one of Russia’s leading universities in terms of education, research, and expert analysis. It is vital not to interrupt the university’s steady pace and forward progress. I believe that we have achieved this: we have preserved both the university’s team and relations within the management system. This is because HSE University is always run according to the principles of cooperation, discussion, and openness. And I believe that we will be able to preserve our current approach to development.

Personnel and the Principle of a Unified University

Personnel changes are a natural process for a university with almost 10,000 staff, although this is not something currently under consideration by the current university administration. There aren’t going to be any major shakeups. We have a good admin team, a solid core, and clear and understandable results. HSE University ranks first in international subject rankings, and the country’s educational elite teach at all our campuses, both in Moscow and elsewhere. One of my trips in the last two months was to our Perm campus. I wanted to see HSE University life in other parts of the country, and I must say that they too are a part of a unified team. One of our guiding principles is ‘four campuses, one university’. I spoke with the governor about our involvement in the development of the Perm region. Here, at the Eastern Economic Forum, we have been discussing HSE University’s involvement in the development of the Russian Far East. This is another priority, and one that is frequently highlighted by the President of Russia. We have signed an agreement with a number of Far Eastern regions while at the forum. 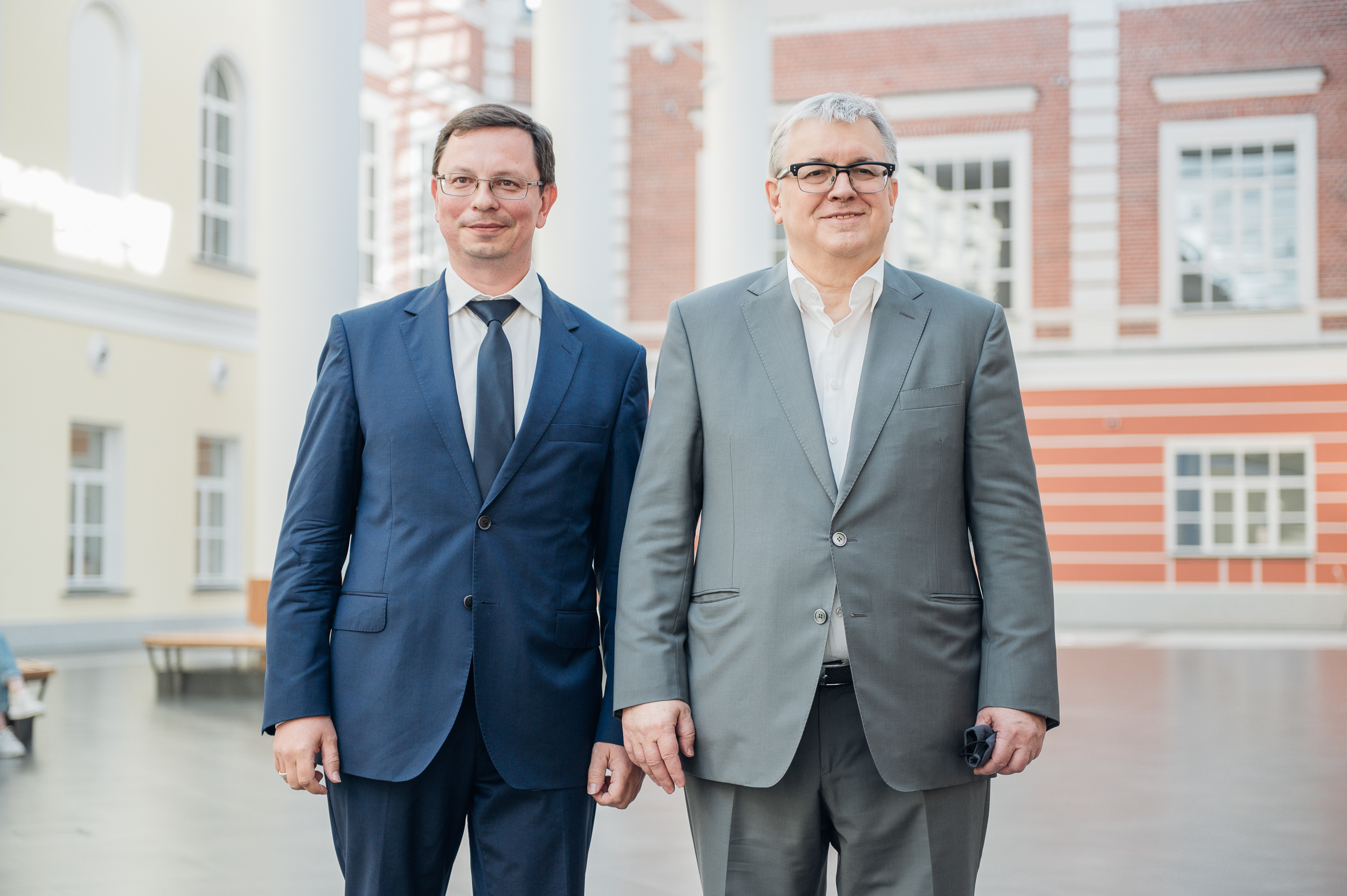 Yaroslav Kuzminov and I have known each other for a long time, and we have worked together on a range of projects. When I started working at the Far Eastern Federal University, we became the first university in the Russian Far East to have double-degree programmes. We spent a lot of time in expert discussions. Yaroslav was the head of the Association of Global Universities, which I was also part of. Working with such a mentor is a pleasure for any leader. We now work even more closely, discussing priority areas of development for the university. He is one of the founders of HSE University and he knows it inside out. He and I discuss the various trends, areas of development, and expert issues that frequently come up. I go to him for advice and will continue to do so in the future.

HSE University is a large classical university where 14% of graduates are economists. We are a multidisciplinary university that works to create major multidisciplinary projects involving our scientists, teachers, researchers, and students of the natural sciences and mathematics. We our developing our natural sciences cluster. The goal of a classical university education is to teach the widest range of disciplines and market development trends. The most important things we provide for our students are a comprehensive classical education and teachers from various fields and professions, including real-economy specialists, foreign lecturers, and classicists. Our students receive all the required knowledge, which they can then put into practice.

HSE University has 50,000 students and almost 10,000 teachers. Naturally, such a large community contains all kinds of perspectives, desires and worldviews. I wouldn’t say that the majority of people here do one specific thing or another. We must accept that people have the right to do what they want, provided that their behaviour is within the confines of what is permitted. This is true of staff and students alike. But when someone breaks the rules (whether in the political or administrative sense), such as by breaking the speed limit, they are fined, then they pay up and move on. As a university and a corporation, we provide help (such as legal consultations) to those who request it.

The fact that our students are thoughtful is a good thing. They are the country’s intellectual elite and talented young people. They reflect on matters and ask questions, primarily about education, the future of science, and priority areas of research for the 21st century.

The majority of questions from school students I’ve met as part of the Znaniye (‘Knowledge’) society have been about the digital future and which skills to develop—including soft skills such as communicativeness, information handling, dealing with stress, and self-reflection. And in fact, it is these very issues that concern students of HSE University—students who come to us with the highest marks.

A global research university should abide by the following maxim: to whom much is given, much is required. As such, we strive to involve our students, teachers and researchers in meaningful and specific real-world projects. These include orders from companies, corporations and other regions. I would call it a university for all—HSE University for all.

The university’s move towards regional development is a vital priority in the overall development of the country. And having spent five years working in the region, I know what I’m talking about. People should want to live in a region, and simply having a university building or a hospital is not enough. You need qualified doctors, qualified teachers, and good-quality higher education. That is why we offer double-degree programmes and discuss how students of regional universities can earn microdegrees from HSE University.

Another thing I am obliged to mention is the serious struggle for talent in the world today. Top universities must take an active role in the educational migration of the world’s most talented young people. Today, HSE University’s mission is to scout talented people from Russia and all over the world and encourage them to come here. That is why we have English-taught programmes, top teachers and optimal working conditions at the university.

The last year and a half have shown that education around the world will take on a blended format. Recent research conducted by HSE University and researchers from Tomsk State University shows that the proportion of students who support blended learning has risen from 22% to 50%. Blended learning is here to stay. Of course, trends will change, the world will continue to evolve, and new technologies will emerge. Research shows that up to 85% of success comes down to soft skills. This means that study is a lifelong process, as soft skills can always be improved and developed. In addition, young people have a high demand for fast, high-quality education that can be put to use in the market immediately. This trend is very evident to our foreign colleagues. We are currently analyzing development trends in education very closely, as the pandemic has taken us into uncharted territory. We are undergoing a major reboot oriented around individuals as anchor points and centres of development. As part of the Priority 2030 programme, HSE University’s mission statement is to prioritize people and human capital in our changing world. All the research we do will contribute to this endeavour.

The HSE Development Programme and the Film Institute

HSE is now in a very important period, having finished its previous development programme (and finished on time) and adopted a new one. The new development programme includes the Priority 2030 research track, as well as the development of a world-class research centre already present at the university. We also plan to develop a range of other fields and faculties, such as the Film Institute. The institute will utilize the latest technologies in recognition of the fact that not only is education moving online—so are consumption, demand, and cinema. Alexander Akopov, who has agreed to head the Film Institute, is one of the most famous film producers both in Russia and worldwide. He will be creating a HSE University programme from scratch, which we have already opened applications for. It will be presented at the Kinotavr film festival on September 24, and I invite you all to come.

I want to stress that the rationale behind HSE University’s activities is to train specialists who will create the economy of the future. In this regard, the economic development of the film industry is as sensible as training chemists or physicists in a major classical university. We are going to train top experts from Russia and further afield. And we still have some more surprises to announce in the future. 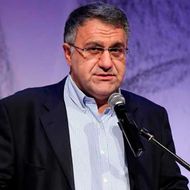