On November 6 and 7 ICEF and the International Laboratory of Financial Economics (LFE) held the Fourth International Moscow Finance Conference. First-class international scholars in the field and Moscow-based researchers presented their latest research and provided extensive comments on each other’s work. 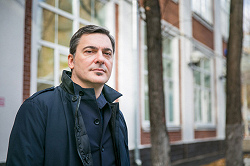 Academic Director of HSE International Laboratory of Financial Economics (LFE) Christian Julliard (London School of Economics) has talked to HSE News Service about the conference and about educating future economics at the International College of Economics and Finance.

— What can you say about practical implications of financial questions discussed at the conference? What papers were presented and what topical issues were raised?

— The conference is academic in nature, but there are many examples of papers that have real world implications. For the pension system, for example, as well as for the regulation of bankruptcy procedures and bank leverage - these are issues directly connected to the reasons behind the recent financial crises.

We had a paper on the role of IPOs and how public offers could be implemented optimally. There were works on high frequency trading – the fact that more and more there is a type of financial player that invests at a very high speed. This is an issue that has brought regulatory concerns to the front. We even had a paper related to accounting standards, and these have direct real world implications.

Another work was on how macro economies are affected by financial systems, how financial market shocks, and world shocks, have an impact on all the wealth and welfare of nations. There were papers on the optimal governance of firms. Once again, this is one of the many aspects for maximizing wellbeing in the society.

We also had a study on how political influence has an effect on a firm’s performance. That’s a very interesting topic that can give us food for thought. It’s a paper that, using Russian data, focuses on how the interplay between political influences and corporate governance impact firm governance.

Almost every paper on the conference programme could be translated for a broader audience and could potentially, in the medium or long term, have an effect on society’s welfare both in Russia and abroad. For instance, what we learn about the political economic nexus, albeit the data are Russian, gives us lessons that can be exported elsewhere.

— Can you see a big difference between Russian economics and markets and the international ones?

— First of all, it’s market development. Russian financial markets are relatively small and undeveloped. Certainty of rights and the legal system are a big issue that has been impairing Russian development and reducing foreign investment. Russia is regularly bleeding capital, when it should be attracting it instead. That’s an outcome of its financial underdevelopment, and the local political-economic nexus. The other first order dimension is monetary policy. One of the common recipes in the developed world (that is soundly grounded in both theory and empirical evidence), is having a totally independent central bank. Having an independent central bank is not a political choice — it’s an economic choice. 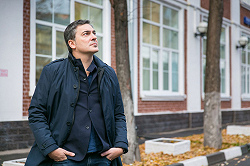 Let me be very simple: let’s assume that you are the politician and you are up for re-election, and you know that by printing money you can stimulate the economy in the short run. But stimulating the economy in the short run by printing money now means a bill to pay after, because right after that you’ll get inflation (a tax on everybody, especially the poor, public servants, and pensioners). Obviously if you are the politician running for election, you will have the incentive to do just that and you will do it. But me, the public, I’m not stupid. I’m going to expect that behavior from you. And the fact that I expect that behavior from you, will generate more inflation all the time, even when you are not yet printing money. That’s why one of the common recommendations we economists make is that a country needs a totally independent, and credible, central bank.

— Tell us a few words about the role of HSE and ICEF in educating specialists in economics in Russia or worldwide?

— ICEF is an unbelievable thing in Russia, in that the educational standards of ICEF are exactly those of the countries that we should imitate, the countries that are well developed in terms of both economics and civil society. That means that a student who goes through ICEF, basically studies a curriculum very similar to the one of someone who goes to the London School of Economics, MIT, or the University of Chicago – that’s a remarkable achievement. The people at ICEF strive to give modern – intellectual frontier – education, to their students. That implies helping the development of people that will have the human capital, the skills, for working in the 21st century market and environment.

To be honest, my best hope for Russia are the current twenty-year-olds, the students – they are the people that will shape this country going forward, and I think ICEF is helping them greatly by providing top notch education. In a sense, ICEF educates future citizens. The knowledge of the young ones is going to shape the concept of citizenship, the concept of what is good governance in order to maximize welfare in the society.

So, I would say that what makes ICEF special is the high international standards of the education it provides. And the only way ICEF can provide frontier knowledge to its students is by having a very close link between research and teaching. The research is the frontier, because research is the way we look at reality through a microscope, trying to understand what we do right and wrong, and where we should be going. Good teaching cannot be disconnected from that. We cannot teach how the economy was in the 50s, we need to think about how we can bring society forward in the 21st century, and that’s the type of education that ICEF strives to provide to its students.

ICEF has been very successful in recruiting academics from very good schools: these people are very well-trained and do important research. And this spills over to the students they are producing here – students that often go on to do further study, or build work experience, abroad. When these students come back, or even if they don’t, or even if they never went out, they are typically very successful in whatever they decide to do – and that’s to a large extent thanks to the education they receive at ICEF.