Delivered at:
School of Politics and Governance 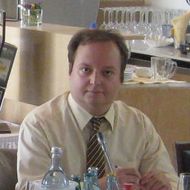 The aim of this course is to make students familiar with the major concepts, theories, and debates in Ethnoconflictology – the study of conflictive situations and the appropriate cultural methods of resolving them from an anthropological perspective. Conflict may perhaps be viewed as one of the most intriguing and complex cultural events there exist. It is believed that ethnic conflict is the oldest form of social conflict, and that in fact other types of conflict play only a secondary role. The present course covers the main theoretical concepts of Ethnoconflictology, discusses sources and dynamics of ethnic conflicts, their typology, strategies of conflict reduction and resolution, and ways to heal the society in the post-conflict period. It exposes students to contemporary advanced theoretical approaches to ethnic identity, conflict, and conciliation in a number of specific situations in the contemporary world. The central theme throughout the course is the role of identity in conflict processes and structures The course is intended for students wishing to pursue the study of the processes and consequences of ethnic conflict and violence, and of peacemaking and conciliation in the contemporary world. It will be of interest to those with experience in, or considering a career in conflict prevention and resolution, humanitarian relief and conciliation, as well as to those concerned with general representation of conflict and responses to it.