On February 7, 2016, the national finals of the Philip C. Jessup International Law Moot Court Competition, one of the world’s most prestigious law competitions for students, took place in Moscow. The HSE Faculty of Law team took first place.

The Philip C. Jessup Competition is one of the world’s largest competitions for law students and has been held in Russia since 2002. Over 500 teams from 80 countries take part in it. The competition is a simulation of a fictional dispute between countries before the UN International Court of Justice, where students argue in English, present documents and prepare speeches on issues of international public law. This year 43 Russian universities participated in the event.

In the final round of the national stage, HSE team met a team from MGIMO. They had to solve a case related to the legitimacy of using mass surveillance software and the international legal consequences of cyberattacks. After a two-year hearing, the judges of the competition – Michael Wood, member of the International Law Commission,Marko Milanovic, Professor at the University of Nottingham and Vice-President of the European Society of International Law (ESIL), and Başak Çalı, Professor at Koç University in Istanbul and Secretary General of ESIL – delivered an unanimous verdict in favour of the HSE team.

‘Patience, persistence and a coordinated team are probably the key elements in such a competition, since without them, it’s impossible to get any results’, said Vasily Bakumenko, ‘The Jessup offers a lot of opportunities and chances to meet new people; it opens up a whole new world, but most importantly, it gives you a feeling that you are part of something bigger’.

HSE students will now go on to represent Russia as national champions in the international rounds of the Philip C. Jessup Competition in Washington, D.C., in March and April 2016.

Anastasia Belyakova, press centre of the Faculty of Law 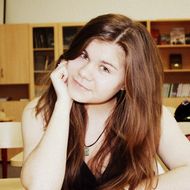 On February 5th, 2017, the national finals of the Philip C. Jessup International Law Moot Court Competition, one of the world’s most prestigious law competitions for students, was held in Moscow. A team from the HSE Faculty of Law took first place for the second year running.