Golden HSE 2016: Something New is Coming! 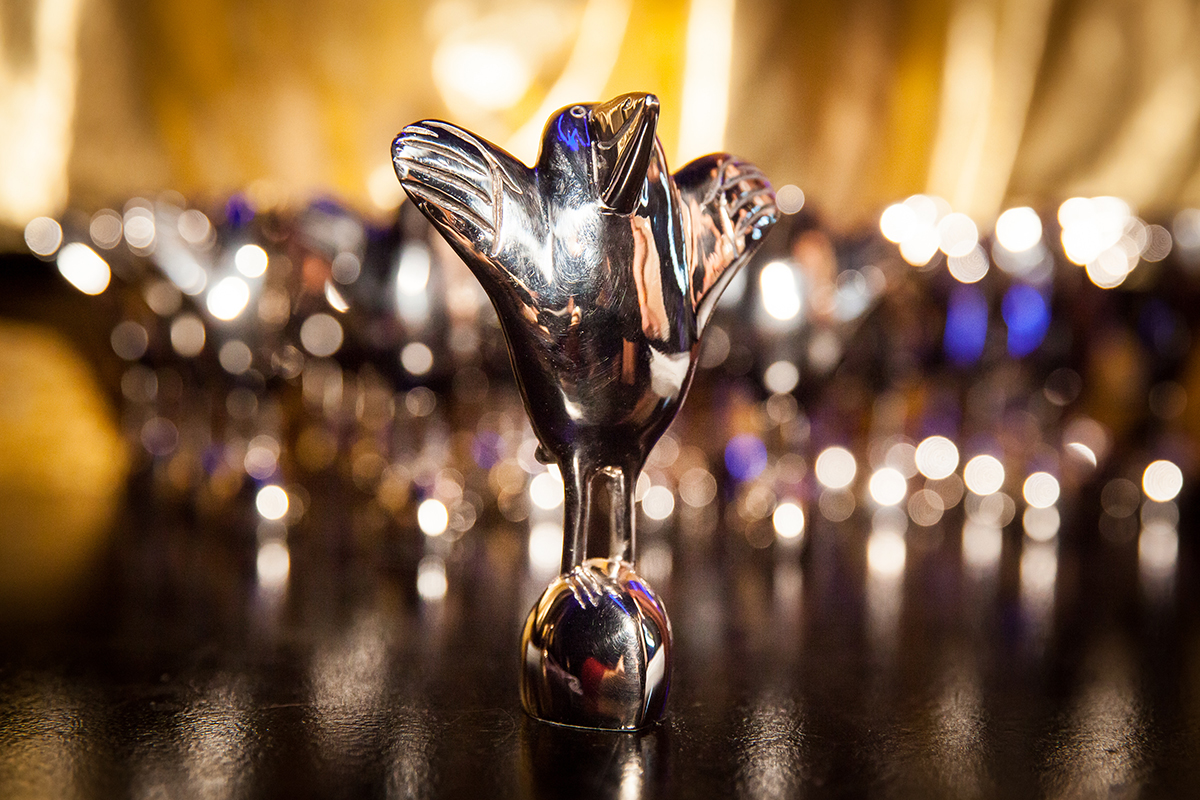 Nominations of candidates for the Golden HSE Awards open on November 21, 2016. This year, the contest has undergone major changes. There are now more nominations, they are a little different, and there’s even a new prize!

This year will see the presentation of the 16th Golden HSE Awards! Throughout their history, some nominations have disappeared, new ones have appeared, or their names have been changed. This year, the nominations have been totally revised. There are now more of them, which means that HSE can express its gratitude to a larger number of people.

(Spoiler: for some nominations, even people who don’t work at HSE can get a prize)

The ‘University Teacher’s Success’ prize will be awarded to HSE lecturers for outstanding teaching achievements, exciting lectures and seminars, useful courses and comprehensible textbooks, an attentive and objective attitude towards students, as well as actively supporting colleagues in boosting the quality of teaching at the University.

1. In science, IT and engineering;

2. In social sciences and economics (including law and international relations);

3. In humanities and arts;

4. To instructors of foreign languages, military and physical training;

5. To the best academic supervisor of a doctoral thesis.

The ‘Achievement in Research’ prize will be awarded to teachers, research associates, and postgraduate students of HSE and its branches for outstanding research findings obtained through their work at the University.

1. In science, IT and engineering;

2. In social sciences and economics (including law and international relations);

3. In humanities and communication sciences.

The ‘Alumni Success’ prize will be awarded to HSE alumni for outstanding achievements in research and teaching, as well as for developing successful careers in community work, public administration or business.

The ‘Contribution to the Development of HSE’ prize will be awarded to HSE staff whose work has resulted in improvements to the University’s reputation, as well as its visible development.

The ‘Golden Person’ prize will be awarded to administrative staff at HSE study offices and other units for their initiative, friendly attention to colleagues and students, and active sharing of experience with their colleagues.

3. To employees of the HSE Library, Publishing House, Office of Information Technology, Office of Public Relations and Online Media, and similar units at the University’s regional branches;

4. To dormitory and maintenance unit employees.

The ‘Best Book’ prize is for HSE staff who have authored the best books and textbooks while working at the University.

The ‘Best Expert’ prize will be awarded to HSE researchers for expert analysis and publications, which have sparked major public interest or promoted serious changes in public, municipal or corporate policies.

The ‘Secondary School Teacher’s Success’ prize is a nomination for teachers of the HSE Lyceum and cross-school HSE Lyceum for outstanding success in teaching, using innovative teaching techniques, or creativity in teaching.

The ‘Friend of HSE’ prize will be awarded to individuals who are not employed at HSE, but whose long-term cooperation has considerably impacted on the University’s development (except for charity and advisory support for HSE and decision-making as part of an executive office).

The ‘Silver Nestling’ nomination has undergone the least changes, but it also offers something new. Now it will be awarded not only to students, but to schoolchildren from HSE Lyceum and similar classes. This prize will be awarded for outstanding achievements in studies and research, interesting papers, a proactive attitude and achievements in self-development.

The nomination procedure has changed a little. In most of the nominations, candidates can be nominated by individual university units or several units together, as well as groups representing HSE employees (consisting of at least three people) and student organizations. Several candidates may be nominated for each prize.

Candidates for the ‘Friend of HSE prize will be nominated by this nomination’s jury.

Self-nomination is not allowed.

The nominations will be published on the award website for discussion and informal voting. Candidates can be nominated through December 7, 2016.

As previously, elections will take place in two stages (if not stated differently for certain nominations).

Then, a special jury will choose the award winners from the list of candidates for each category.

‘Silver Nestling’ winners will be chosen in one stage by a jury vote. The winner in the ‘Friend of HSE’ nomination will also be chosen in a single stage jointly by the HSE Rector, Academic Supervisor, and President.

The names of all winners will be announced at an awards ceremony on December 20, 2016.

And one more award

This year, winners of another award, ‘Golden Reference’, will be recognized as part of Golden HSE. It has been organized for HSE staff with high citation indices for papers published in the Scopus database, as recognized by HSE and by Elsevier Publishing House (the Netherlands). Authors of publications affiliated with HSE, who are employed at the University at the time of the competition, may also be nominated for the ‘Golden Reference’ award.

This year, the award will be given for publications issued six years ago (in 2016, for 2010 publications). Winners will be selected by a jury comprised of HSE staff and Elsevier experts. An interview with the jury members tasked with judging the nominees for this award will be published on HSE’s website shortly.

At the 2019 Golden HSE Award Ceremony, which coincided with HSE’s 27th anniversary, Aigul Mavletova, an HSE alumna and Associate Professor of the Faculty of Social Sciences, was awarded the Golden Citation Award. HSE News Service spoke with the recipient of the ‘award within an award’ about why research is more interesting than business.

At last week’s Golden HSE Award Ceremony, the winners of the Silver Nestling Award included two international students: Yunying Pei (China) of the Dual Bachelor’s Programme in Data Science and Business Analytics, and Juan Sota (Spain) of the Master’s Programme in Medieval Studies. HSE News Service spoke to the two students about their courses, speaking Russian, and the reactions their families and friends had when they told them they won the Silver Nestling Award.

On November 27, the HSE University held its 18th annual Golden HSE Award Ceremony in honour of colleagues who have demonstrated excellence in research or have contributed in a meaningful way to the HSE community. The special occasion coincided with the university’s 27th anniversary.

On October 23, the first round of the annual Golden HSE competition got underway. This prize will be awarded in December for the seventeenth time. See what’s new on the ‘anti-versary’ award, and nominate your candidates.

During his business trip to Pantheon-Sorbonne Paris 1 University, HSE Rector Yaroslav Kuzminov awarded Michel Sollogoub with the first Friend of HSE statuette in the history of the Golden HSE Award.

On December 20, 2016, the ZIL Cultural Centre hosted this year’s Golden HSE awards ceremony. This year saw several significant changes to the award rules: new nominations have appeared, many of them were divided into categories for different groups of employees — all to help ensure HSE was able to express its gratitude to a larger number of worthy candidates.