Professor Janssen received his education in economics, including a PhD, during the latter half of the 1980s at Rijksuniversiteit Groningen. After just several years, he was lecturing in Rotterdam on microeconomics and industry theory to an entire group of future HSE teachers who were taking part in an academic exchange there. That lecture cycle was the first stage in what would become a collaboration lasting many years between Professor Janssen and HSE.

He would subsequently go on to deliver lectures and hold workshops for students in Moscow, and he undertook significant effort to ensure that Master’s students at HSE had the opportunity to receive a second diploma at Erasmus University Rotterdam. This dual degree programme continues in the Faculty of Economic Sciences.

Since 2008, Professor Janssen has been at the University of Vienna, but over the last several years, he has simultaneously undertaken research in a laboratory at HSE. Among his students are several HSE alumni, in particular Vladimir Karamyshev and Alexei Parakhonyak, who have gone on to receive a PhD. They have co-authored several academic articles with Professor Janssen.

‘What started as a small innocent project became part of my life’, Professor Janssen said at the award ceremony. ‘A great deal has been achieved over the past 25 years. HSE has become a research university, and right now it’s important to strengthen international connections at the level of research. This is the correct path, and I am happy to have been a part of this process’. 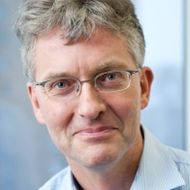