A group of 5th year MIEM students have suggested to the institute’s management to create a project teaching laboratory on robotics and mechatronics. Each student has already made samples of instruments which could be polished and launched into production. The management have given the idea their support.

Maria Pavlova and Alexander Semyon finished their 5th year on the Applied Mathematics course at MIEM and received their Mathematical Engineering diplomas on the 2nd of July. They are the last year group to graduate from this specialisation. After them intake has been only for a four year bachelor’s degree.

Both Maria and Alexander have been recommended for the post-graduate aspirantura (PhD equivalent). They are not just mathematicians but project designers and inventors. Maria designed and constructed an intelligent cardiograph with which you can take a cardiogram at home. Alexander builds quadcopters - small flying objects and designs autopilots for them.

He demonstrated another of his projects to the HSE News correspondent - a two-wheel cart balancer which could be developed into a segue. Both of students worked on their own initiative.

The intelligent cardiograph is a small blue plastic box with three flashing buttons and a bundle of cables coming out of it. Each cable has an electrode on the end of it and these electrodes can be attached to a person’s body and they count the difference of potentials between points, explains Maria. It can be used to diagnose heart disease and even evaluate how bad it is on a scale of 1 to 5. 5 means the heart is healthy, 1 that it’s in a critical condition. At the moment it is designed for older people to use so is very simple and doesn’t have anything like Bluetooth but it could be developed to incorporate wireless technology.

The difference between this and the cardiographs you find in the local polyclinic is that this can be used at home without having to call a doctor.

From individual student projects, made on the kitchen table we want to transfer to making industrial samples. Every student can work on interdisciplinary projects, using different kinds of knowledge

Alexander Belov
Head of the School of Applied Mathematics

Alexander Semyon demonstrates his quadcopters (the biggest would just about squeeze into a desk). ‘I like radio-controlled models’, he says. ‘These kinds of models are usually controlled by a person but I’ve developed an autopilot for them so that they can fly to specified places. And you won’t need any special skills to use them. If a guard uses a quadcopter for example all he’ll have to do is press a button to make it fly to certain places and take photographs. I wrote my final paper for my diploma on autopilots for quadcopters.’

There are lots of students like these - designers, inventors and jack-of-all-trades - at MIEM. There is even rumoured to have been a student who carried a soldering iron in her backpack just in case.

Last summer Andrey Vnukov, Assistant Professor at the School of Applied Mathematics gathered his best students together and took them on a practical to St Petersburg. Maria and Alexander were among them. They went to the Baltic State Technical University of Military Mechanics ‘Voenmekh’ to see how engineering designs are used in ship building factories in the military industrial complex.

After their work experience at Voenmekhthe students asked the MIEM management to open a laboratory. They decided to set it up at the teaching laboratory for system guidance and navigation which started up six months ago. There are plans to use the experience of the student designer-constructor bureau which existed at MIEM in Soviet times.

Students on different courses who like robotics and mechatronics will work together and each can bring their strengths to the fore, whether it’s mathematics, programming or electronics. Master’s students and PhD students as well as experienced professors will work with the undergraduates. They hope to attract students from other HSE faculties to work in the laboratory, for example, to make the cardiograph have a more aesthetically pleasing appearance, design students could be asked to work on the model.

‘MIEM doesn’t have a production base,’ says Alexander Belov, Head of the School of Applied Mathematics, ‘that’s a task ahead of us. From individual student projects, made on the kitchen table we want to transfer to making industrial samples. Every student can work on interdisciplinary projects, using different kinds of knowledge. For example, Applied Mathematics students can see how mathematical modelling can be used to solve problems in the real world.’

Student projects could be commercialised but for that you can’t manage exclusively with engineering skills. ‘Sasha put together a quadcopter but if he wants to produce his model for commercial use, he has to go to investors for financing, fill in all the documents,’ says Vladimir Azarov, Professor at the School of Computer Engineering, ‘write a description of it and of its potential applications. We didn’t used to bother with all that kind of thing but now we will.’ 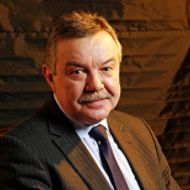 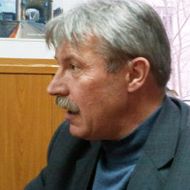 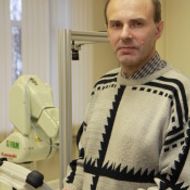 A move to a new building equipped with modern research equipment, an increase in admission numbers, a rise in the number of articles faculty members publish in international journals – these are just a few of the achievements the HSE Moscow Institute of Electronics and Mathematics (MIEM) has made over the last five years. Throughout those years, the head of the Institute was Alexander Tikhonov, who passed away on December 9, 2016.

A Virtual Tour of HSE MIEM

How does one enter into virtual reality? How many hours does it take a 3D printer to print a bust of Van Gogh? And is it true that in one of HSE’s laboratories, you can monitor low Earth orbit satellites in real time? In the newest edition of Open House, Anastasia Zaitseva and Artem Ivanov, both fourth-year students in the Informatics and Computing Technology undergraduate programme, talk about these questions and more.

Students of HSE MIEM who are interested in conducting research in high-temperature superconductivity will now be able to carry out experiments using modern equipment in a new laboratory at the Lebedev Physical Institute of the Russian Academy of Sciences (LPI RAS).

The Public Charger project developed by HSE MIEM graduate Alexei Rolich has been selected as one of the winners in the Start programme developed by the Foundation for the Support of Small Businesses in Science and Technology. The programme focuses on researchers who want to turn their ideas into a sustainable business. Rolich will receive a 2 million rouble grant for the first stage of development of his project.

Camcorders Can Be Smart

'Avtokamera' is new development in technology by Denis Korolev and  Roman Osmolovsky of the HSE's Moscow Institute of Electronics and Mathematics (MIEM) that aims to simplify and automate video capture, processing and publication.