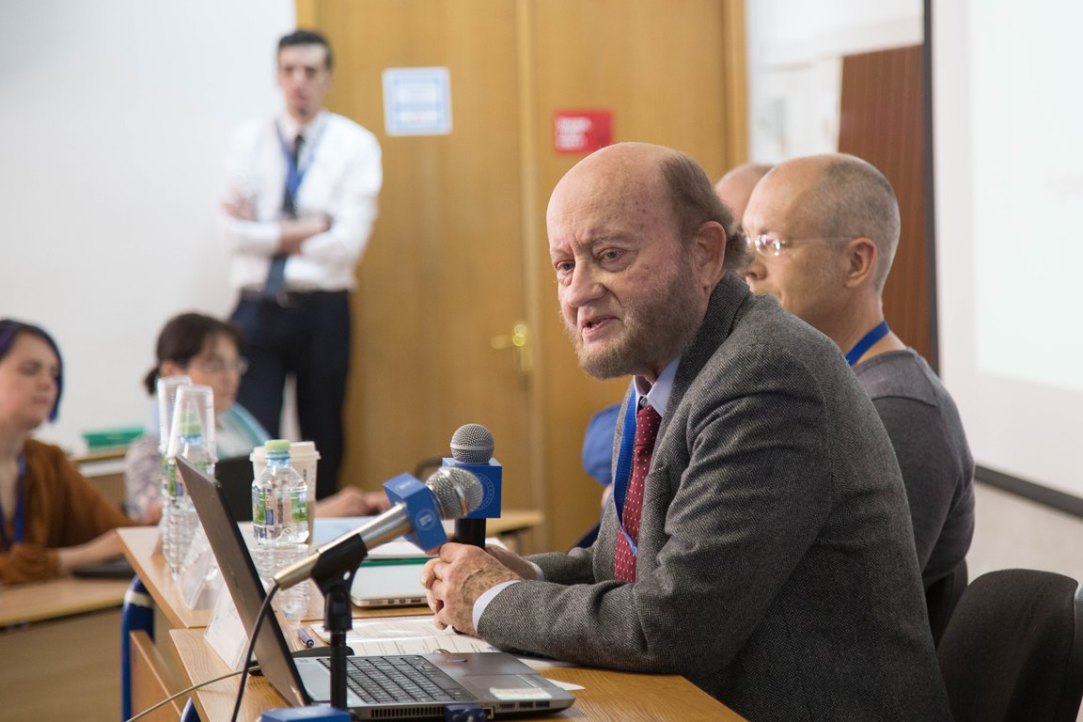 This year VTB is launching the Endowment for Comparative Social Research at HSE. The endowment will make it possible to invest 10-20 million roubles in research each year. The exact amount will depend on trust management of the endowment assets, implemented by VTB Capital Investment Management.

The HSE Laboratory for Comparative Social Research, led by renowned sociologist and political scientist Ronald Inglehart, will receive funding from the endowment. Until the endowment has been formally created, VTB will co-finance the laboratory’s current activities.

This cooperation with HSE is an important part of VTB’s strategy, as it follows a government initiative to attract leading world scholars. The laboratory was created thanks to mega grants issued by the Russian Government in 2010.

In addition, given HSE’s impressive performance in the QS world subject ranking for sociology (151-200 place in 2015; 101-150 place in 2016; 51-100 in 2017), VTB notes that it considers it vital to support HSE’s leading research field, in order to further strengthen the opposition of Russian science and education on a global scale.

This support from business partners and HSE trustees is also helps provide talented young people, including researchers from other countries, with the conditions they need to build scientific careers in Russia, at a level that is comparable to global standards.

Single People Get Less Happy as They Age

While being single or married does not usually make much difference in terms of life satisfaction for younger people, single individuals tend to feel less happy as they age, particularly at certain moments of their lives, and most single people experience a peak of unhappiness once they retire, according to Anna Shirokanova, Senior Research Fellow of the HSE Laboratory for Comparative Social Research in St. Petersburg.

On October 18, the opening ceremony for a new sports ground took place at HSE's Voronovo Student Center. The sports ground was fully funded by the HSE Endowment, and is the first project delivered on endowment funds.

Life of the Russian Regions is Hidden from the Government

About 40% of the Russian able-bodied population are employed in the informal sector of the economy. This is a competitive market economy. Subsistence production, distributed manufacturing, ‘garage production’, seasonal work and various cottage industries flourish in the Russian regions. The economies of many small cities feature strict specialization and developed cooperation, in the context of internal competition between families and clans. These are the findings of HSE professors  Simon Kordonsky  and  Yury Pliusnin  in their study ‘Social Structure of the Russian Provinces’.

Attitudes towards family and sexual norms vary widely across the former Soviet Union republics. At the country level, economic development and the level of religiosity both help to determine attitudes, while age plays an important role at the individual level. Middle-aged people tend to be more liberal than those who are older or younger, according to a study conducted by Sofia Lopatina, Veronica Kostenko, and  Eduard Ponarin  of the HSE's Laboratory for Comparative Social Research (LCSR) in St. Petersburg.

Followers of older, more established religions are less likely to commit suicide than adepts of newer faiths. Factors influencing the risk of suicide include a feeling of isolation from the majority and a belief in life after death, according to a study by Eduard Ponarin, Director of the HSE's Laboratory for Comparative Social Research (LCSR) in St. Petersburg, and Vassily Usenko, M.D., Ph.D., from Dnipropetrovsk.

International Conference on Economics and Culture

On November 10-15, the IV International Conference ‘Cultural and Economic Changes in a Comparative Perspective’ took place in St. Petersburg. Organized by HSE’s Laboratory for Comparative Social Research, the conference has traditionally brought together Russian and foreign scholars working on issues of values, trust, social capital, corruption and inequality in a changing world, as well as the role of religion in political activity and other social issues in Russia and other countries.

A new English-taught master’s programme at the HSE, ‘International Master in Comparative Social Research’, will allow students to acquire the knowledge and skills that are in demand on the global market for social research. Applications are due by May 31, 2014.

The HSE is accepting applications to the International Master’s Programme in Comparative Social Research. The programme was developed by the Laboratory of Comparative Social Research in collaboration with the Faculty of Sociology. Eduard Ponarin, Director of the LCSR, shared his views on preparing modern analysts, and in which areas of global economy they could apply their skills and knowledge.