On October 2, the HSE International Laboratory for Socio-Cultural Research held a regular seminar from its Culture Matters series entitled ‘The scents of Christmas past – the relationship between memory and olfaction.’ 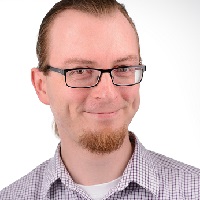 Given by Michael Bender, Assistant Professor in the Department of Social Psychology at Tilburg University in the Netherlands, the seminar was designed to discuss a study on the effectiveness of childhood and non-childhood odours as retrieval cues for autobiographical memories that took place in a lab experiment. Professor Bender, who studies personality motivation (implicit and explicit), autobiographical memory, and cross-cultural psychology, spoke with the HSE News Service about the seminar and his particular areas of research interest.

— What does are some of the areas of focus in your current research?

— My current research focuses on identity, acculturation – with a particular interest in understanding international mobility – self-affirmation, but also relatively straightforward cross-cultural comparisons regarding job crafting as well as voice/silence motives in non-WEIRD settings.

— Could you talk briefly about WEIRD for those who aren’t familiar with the concept?

— Much of what we know is WEIRD (Western, educated, industrialized, rich, and democratic) – a concept that comes from a study by Henrich, Heine, & Norenzayan in 2010. This distorts our view of the world, because the vast majority of what we know is only about a minority of the world’s population. It is not a new problem, and has been long recognized in particular by cross-cultural psychologists, but also social psychologists like Amir & Sharon in 1987.

Nowadays, editorials of major journals, such as JPSP, specify the need to include cultural variables and go beyond Western samples. Non-WEIRD samples are difficult samples, as they are not readily recruited, which makes this a long-term effort. Cross-cultural psychologists around the world are called upon to work on this - here it is very clear that HSE providing much needed input. Such efforts are particularly relevant when looking at the renewed focus on replications in the social sciences, and we have to be particularly mindful of cultural reproducibility (also across time, but that is a different story).

— Regarding cross-cultural issues, what are some of the other themes in this area that you find interesting?

— That is a great question – it basically pushed a button that can send me off talking for quite some time (and it has in the past).

First, there are pressing concerns originating in our contemporary societies regarding the interaction between cultural, ethnic, and national groups. The keywords that are being used to describe these issues vary, ranging from discrimination, prejudice, stereotypes, nationalism, extremism, racism, radicalization, to terrorism – just to name a few. I think a joint underlying concept relevant for all of them is identity. Who we are and how we derive meaning from whom we feel associated with is likely one of the most powerful determinants of inter-group attitudes. Studying identity may seem at first glance many steps removed from the issues we are facing today, but I think we need to develop a much better understanding to advance well-being and peace in the world.

Second, and related to what I mentioned earlier, we need to be careful about a balance between universalist and culture-specific approaches. I am personally of the opinion that we can in most cases ‘peel the onion called culture,’ which Poortinga and his colleagues referred to in a 1987 study, to better understand the constituting elements of culture – and avoid circular arguments such as ‘Japanese act like X because they are Japanese’. This is not to say that there are no differences between cultures – quite the opposite. I think it is a useful working hypothesis to assume similarities in psychological mechanisms, which are then attuned to the specific adaptive requirements of each context.

— What research methods do you employ? How do you put together a database when talking about childhood memories, for example?

— I have used a broad range of methods, including qualitative, quantitative, and mixed methods. While there are some very useful self-report scales on the usage of autobiographical memories, I generally prefer to ask people to individually report their memories in written form; I have also collected oral records. That provides for much richer material that can be content-coded in many different ways.

While this is certainly also interesting – you get to read very important and highly personal memories – it also requires a lot of effort both in terms of recruitment and coding. I think, however, that mixed methods are the way forward particularly in cases where we have not yet formed very specific predictions or have less experience with specific cultural contexts. One case in point would be the work of my PhD student Lucy Tavitian, who is assessing the role of memories among Armenians living in the diaspora: participants were explicitly thankful that they could express themselves outside of the usual corset of self-report multiple choice items.

— Back to the theme of your seminar, what are some of your major findings in comparing childhood memories connected with odours in the Netherlands, Germany and Turkey?

— This is a spoiler alert, but we are in the process of getting this data, and we are currently preparing the stimulus material for the designs that we want to use cross-culturally. What has happened in the past year is that we have collected a large number of stimuli that have been pretested in the Netherlands, Germany, and China (and a smaller sample in Turkey). There is some convergence in terms of odours, which makes us hopeful that we can come up with a set of stimuli that are comparable in their functionality across contexts. An example would be that there are different cold relief balms across cultures that all have significance in childhood, at least in the contexts sampled. From the pilot studies, we can already tell that people meaningfully connect with the odours.

— You write about odours as potent triggers for autobiographical memory. Some memories are great, although some can be quite painful...

— I agree. The phenomenological quality of personal memories is expressed both in terms of things we look back to in joy, like the first kiss, but also flash back memories of a more intrusive nature. Think about trauma, or more collective events like the World Trade Center attack. We go through a very detailed ethical procedure and provide participants with help lines in case they want to talk about a specific re-experience. I am glad that so far, no one has needed to use this service.

— When we talk about Christmas and New Year’s celebrations, we usually think of fir tree and tangerines, for example, and we can feel the odour. Is there a possibility or a mechanism to change one’s mood in a positive way simply from those smells?

— The short answer is yes! The long answer is that it depends on the odour. If it has personal significance, then it will enhance well-being. Products associated with personally meaningful scents are preferred. Olfactory information ascends directly to olfactory-related limbic structures, where much of our affect is neurologically regulated, and studies have shown the relation to more pleasant emotions Masaoka, Sugiyama, Katayama, Kashiwagi, & Homma authored such a study in 2012, for example.

— What are your favourite odours?

— I should have seen that coming! While I have no difficulty coming up with a few, I think I may not be aware of some odours, as we are often not quite capable of reflecting on our olfactory perception and how it is linked to our emotions. My grandparents’ home had a specific scent, which I associated with childhood very much. I sometimes think I can sense it somewhere, and that it takes me back to fond memories. Scents are difficult and often complex, so I am struggling a bit with one constellation of odours: the odour things (but also people) acquire after having spent a sunny day at the beach. I could continue that list, but one thing is relatively clear: the more meaningful an odour I come up with, the less likely it is that it comes without a memory.

— Do you have any plans for eventual cooperation with HSE researchers and to pursue any research in Russia?

— I do not know HSE half as well as I would like, and I am very much looking forward to sitting down with people to talk about their research and what they are interested. I think our field is uniquely collaborative, and I am very curious about opportunities to work together.