Supervisor at the School of Design, Associate Professor Igor Gurovich, designed the official poster for the 2018 FIFA World Cup. The central figure in his composition in legendary Soviety goalkeeper Lev Yashin. 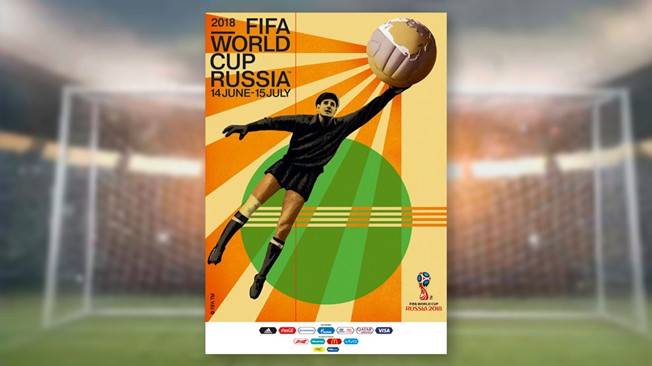 In this poster, the goalkeeper is reaching out for the ball, half of which resembles a football from Yashin’s era, the other half – a globe featuring Russia. I his work, the designer was inspired by Russian constructivism of the late 1920’s. Elements characteristic of this style include the rays of light emanating from the ball, symbolizing the tournament’s energy, while the circle of green represents the pitches of the 12 stadiums and 11 Host Cities that will stage the 64 matches of the 2018 FIFA World Cup.

‘The style of Soviet post-Constructivist posters from the 1920s and 1930s, their unique visual language, a new, fresh poetry of figurative images, became one of the most important and revered elements of Russian culture,’ said Gurovitch. ‘This language is unquestionably thought of as Russian throughout the world. Therefore, in my work on the poster, I really wanted to make this language modern and relevant once again.’

‘The Official Poster of the 2018 FIFA World Cup is a true reflection of Russia’s artistic and football heritage,’ commented FIFA Secretary General Fatma Samoura. ‘We are very proud of this beautiful landmark asset that portrays such an important icon and celebrates the coming tournament on Russian soil.’

The 2018 FIFA World Cup will be held in Russia this summer, so we will have the chance to see Igor Gurovitch’s work in action. 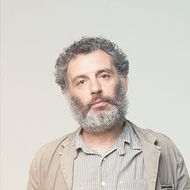