University graduates were met at the entrance by the lead characters from the film — Marty, Doc and his dog Einstein — and could have their picture taken by a model DeLorean time machine from the film and other classic cars.

Entertainment laid on in the club included a lottery, dances, food and drink, and a special photo studio where guests could be photographed against the blockbuster's film set.

Events held before the graduation party in faculties and departments saw 1,924 BA degrees, 1,283 MA degrees and 686 specialist qualifications handed out.

Liudmila V. Mezentseva
All news by the author 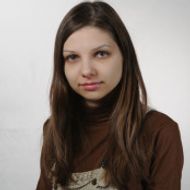