The first steps towards launching the BRICS Antimonopoly Centre were made by the HSE - Skolkovo Institute for Law and Development team back in 2015. According to the Director of the Institute, Alexey Ivanov, breakneck globalization has brought about an abnormal situation, whereby the global market operates in the absence of common competition rules. Hence, a host of irregularities and malpractices that had been successfully restricted at the national level have ‘spilled over’ into the global market. Over the last three or four years, the Russian Federal Antimonopoly Service, in collaboration with the HSE - Skolkovo Institute for Law and Development, has been actively involved in enhancing cooperation among the BRICS countries in the area of antitrust regulation.

What has been achieved so far? The HSE - Skolkovo Institute for Law and Development launched a food market regulation project in cooperation with the BRICS competition authorities. It also held joint seminars and conferences which resulted in the signing of the first agreement outlining cooperation between the BRICS nations in the area of antitrust regulation.

With this track record, the Institute established itself as a leading expert during talks over the acquisition of Russia-based American ‘Monsanto’ by German industry giant, Bayer. The Russian Federal Antimonopoly Service, which had the final say in the agreement, insisted on a number of provisions aimed at strengthening competition in agro-industries. First and foremost, Bayer pledged to transfer a number of its digital solutions and seed selection technologies to Russian agricultural companies. Such a regulatory decision, reflecting the BRICS countries’ economic agenda priorities, has set a revolutionary precedent for the world.

Along with the food market regulation project, which was very successful, new workgroups were formed jointly with the BRICS competition authorities in order to pursue cooperation in pharmaceutical and digital markets regulation. The President of the Russian Federation also signed a resolution endorsing the founding of the BRICS Antimonopoly Centre on the HSE premises, which will be charged with the preparation and organization of the BRICS Conference on Antitrust Regulation, due to take place in Moscow in 2019.

To begin with, the BRICS Antimonopoly Centre will draw on staff resources at the HSE — Skolkovo Institute for Law and Development. The Chief Research Fellow of the Institute for Law and Development, Ioannis Lianos, will spearhead the Centre’s scientific research, while Alexey Ivanov will be responsible for the general supervision of the Centre’s activities. The Centre will be working in close cooperation with other HSE science and research units that possess state of the art expertise in relevant fields, most notably the Department of Applied Economics at HSE’s Faculty of Economic Sciences, and the Institute for Competition and Market Regulation. 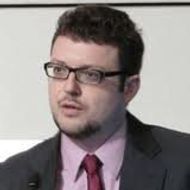