One of the founders of formal semantics, Professor Barbara Partee of the University of Massachusetts Amherst recently celebrated an anniversary at the Higher School of Economics. For approximately 20 years, she has been teaching at various universities in Russia. This year, she took part in the Summer School on Pronouns: Syntax, Semantics, Processing, which was organized by the School of Linguistics at HSE. Professor Partee recently spoke with the HSE news service about why she considers the linguistics programme at HSE to be one of the best in Russia, as well as about the differences she sees between Russian and American students. 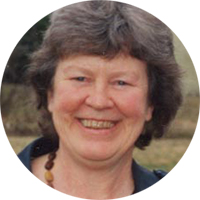 I have taught in Russia for almost 20 years, one semester each year starting in 1996. I taught a course on Formal Semantics and the Typology of Anaphora at HSE in the spring semester of 2014.

I think HSE has already established itself as one of the two top programmes in linguistics in Moscow, and one of the top three in Russia. The faculty are first-rate; the programmes, both undergraduate and graduate, are well designed; and the students are very strong. The MA programmes are starting to attract international students, and I expect that trend will increase as the department becomes more well known abroad.

Undergraduates in the U.S. don't have to specialize until their last two years; before that they take a wide variety of courses — that's the ‘liberal arts’ education. Because Russian students specialize from the beginning, a third-year Russian linguistics student generally has a much stronger background in linguistics than a third-year American student. And the linguistics programmes in Moscow all require the students to study some logic and mathematics, which is not the case in the U.S. Another big difference is the rich tradition of ‘linguistic expeditions’, going back to the early expeditions of Aleksandr Kibrik, Sandro Kodzasov, and their colleagues, to Dagestan, Tuva, Pamir, Kamchatka, and other places. That tradition is still alive and well, and it gives Russian students really exceptional experience in fieldwork and typology. All of those things make it a pleasure to teach linguistics to Russian students — they are well trained in linguistics, have some mathematical background, and are likely to be acquainted with a number of diverse and interesting languages.

In the 19 years since I started teaching formal semantics in Russia, I have seen big changes in the students (and not only in the students, of course). The biggest changes all revolve around the emergence of Russia from its state of relative isolation from the West to its full participation in the international intellectual world.

One of those changes is in the students’ knowledge of English. At the request of my department heads, I have always taught in English; I always gave the students rather complete handouts of 10-14 pages, also in English, to help them understand. And we always had a ‘seminar’ session, where they could ask questions and we could work on homework problems together, and they were free to use either English or Russian for discussion, and also for doing their homework assignments. In the early years, there were few students who had a good enough command of English to be comfortable using English for homework or for speaking in class. But over time, that changed greatly, and most students in recent years have been glad to use my class as a chance to write project reports and give class presentations in English, and the overall level of English proficiency now tends to range from good to excellent.

I have seen big changes in the students (and not only in the students, of course). The biggest changes all revolve around the emergence of Russia from its state of relative isolation from the West to its full participation in the international intellectual world

A related change is in access to and familiarity with the scientific literature in English-language books and international journals. In the early years, almost the only articles on formal semantics that the students had access to were papers that I photocopied for them myself. Then after some years, almost all students had computers and I could put a much larger amount of literature onto a course CD, which I made copies of and gave to them. Then when the internet became accessible, I could make even larger amounts of material available online; since about 2005, all of my courses had course websites, including links to readings and handouts and advice on how to find many more things online. Gradually the students became ever more adept at finding things online, and they would sometimes give me advice.

Linguatest, Russia’s first foreign-language certification system, has been launched in the Nizhny Novgorod region. The system was developed by specialists from HSE University in cooperation with the National Accreditation Agency and the Prosveshchenie group of companies, who are providing certification and publishing support for the project. Nizhny Novgorod is the first city after Moscow to offer testing under the system.